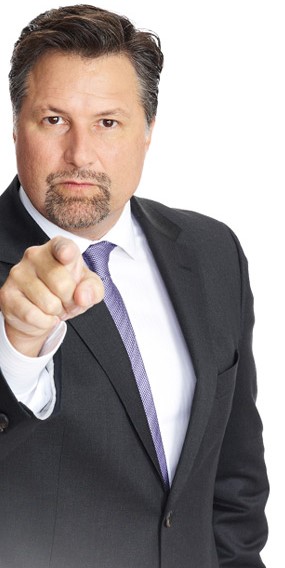 Andretti Autosport lost one lucrative driver when Danica Patrick walked. Now Michael Andretti will try to catapult the racing team with a stint on the popular show Celebrity Apprentice.

Now, we must say that we can't be certain what the impetus is for Andretti to feature on the hit NBC show. The fifth season of Donald Trump's brainchild will also feature: Lou Ferrigno, Debbie Gibson, Dee Snider and Arsenio Hall

Andretti will also join a bunch of reality TV stars like American Chopper dad Paul Teutul Sr. and American Idol's Clay Aiken. There are others that will only further the question, what is Andretti doing on this cast?

Nick Bromberg of Yahoo Sports has an idea of what might be going on. As Bromberg writes, the racing team lost a great deal of sponsorship cash this past year when Danica Patrick left.

Andretti Autosport fielded four cars in the IndyCar Series for Danica Patrick, Mike Conway, Ryan Hunter-Reay and Marco Andretti, Michael's son. Patrick's now in NASCAR full-time and Conway is with AJ Foyt, so as of now, Andretti Autosport is set to only field two cars.

The biggest hit has to be Patrick, who despite her returns in NASCAR, is a household name that is a boon for any team that she happens to be on. Getting a sponsor is no big chore when you have a superstar like that on the team.

This move, as the report so assumes, may have ulterior motives than playing along with Donald Trump and a tremendous list of B-List celebrities.

Andretti will increase his team's exposure every week that he stays on the show. It may be a crap shoot, but there is no harm in a little TV exposure for the proud Andretti name. Now, if he can keep the backbiting that usually follows this show to a minimum, this could be a real success.

01/04/12 IndyCar team owner Michael Andretti has been named a candidate for this season's NBC Celebrity Apprentice show hosted by Donald Trump. Andretti's bio on the site can be found here. This will give some much needed PR for IndyCar and for Michael Andretti.

This season, 18 business-savvy celebrity contestants will compete, not for a job with the Trump Organization, but for the greater goal of raising money and awareness for their charity of choice. The last person standing will be "hired" as the Celebrity Apprentice and have the honor of delivering a $250,000 bonus check to their designated charity.

Every week, the celebrity contestants will work in two teams, each under the guidance of a designated project manager, to compete in business-driven tasks around New York City, using their fame, along with their proven business acumen, to win challenges. Contestants are subjected to long hours, grueling deadlines, intellectual challenges, personality clashes and intense scrutiny under the careful watch of Donald Trump and his advisors.

Certain challenges encourage contestants to reach out to their network of celebrity contacts for assistance or donations, leading to surprise visits by some of the world's biggest stars and pop culture icons.

Each task will end in the Board Room, where contestants must account for their actions and be judged by Trump and his advisors. Returning this season are Trump's children and colleagues, Ivanka, Donald Jr. and Eric.