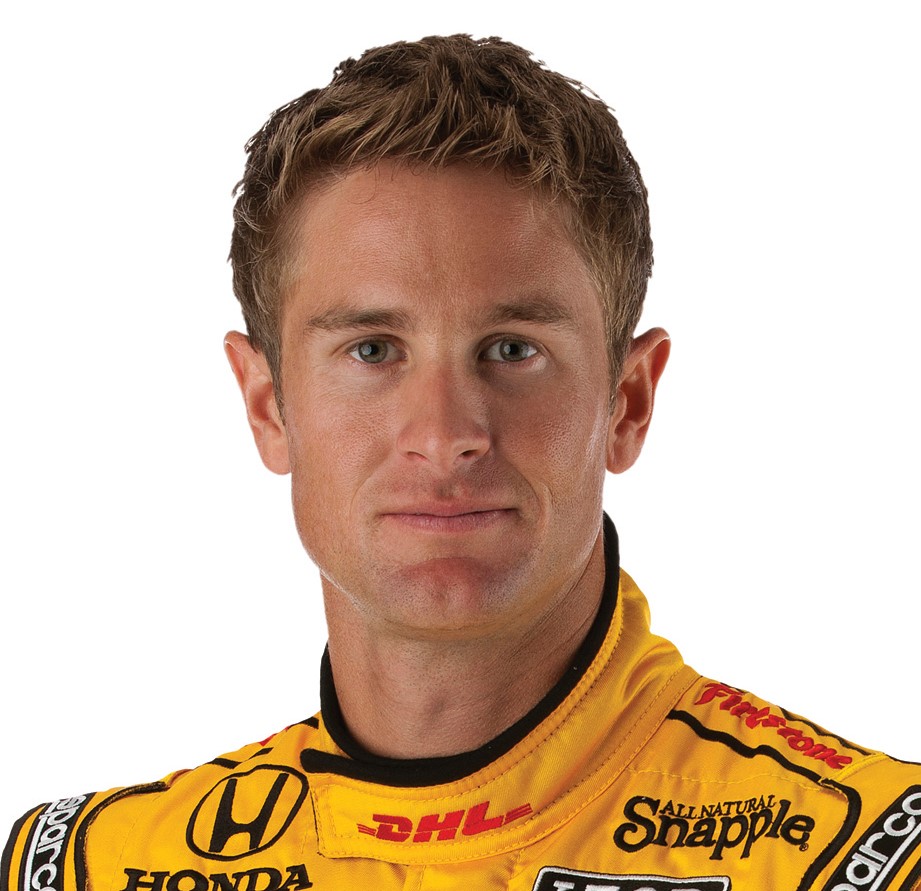 This story has been updated with quotes further down in the article.

01/03/12
Starworks Motorsport have confirmed a star-studded line-up for this month's Daytona 24 Hours, with two-time Le Mans winner Allan McNish, reigning GT1 champion Lucas Luhr and IndyCar star Tony Kanaan all set to race for the team at the endurance classic.

McNish and Luhr will join 2010 Daytona winner and Starworks regular Ryan Dalziel, as well as Venezuelan racers Enzo Potolicchio and Alex Popow, aboard one of the Florida-based outfit's Riley-Ford machines.

"A 24-hour race at the beginning of the season certainly blows the cobwebs away and, since my first time there in 1998 when I finished second overall and won the category, I have always enjoyed going back. I can't think of a better way to prepare for the season," commented McNish.

"With Ryan, who is a previous winner and another Scotsman, you put Lucas Luhr, who is an ex-team-mate of mine and current GT1 world champion, then Enzo and Alex were fantastic rookies of the year last year so I do think we have a very good driver combination," the Audi man added.

"We wanted to put together the most interesting car that would give us good visibility and bring interest to the series," team boss Peter Baron said of the IndyCar-heavy entry. "We had worked with Ryan and EJ before and it worked out well.

"Then we wanted a third IndyCar driver. Tony Kanaan is a Florida person and I have tried for three years to get him in the car and it has not worked out, so it is great to get it done."

THE DEAL: STARWORKS Motorsports have lived up to their name and today they unveil a stellar line-up for their quest to bring home the watches from the Grand-Am Rolex 24 at Daytona.

The Fort Lauderdale outfit will run a two-car team for the 50th running of the prestigious 24-hour event in Florida (Jan 28-29), featuring ten drivers representing the cream of global motorsport.

Regular Grand-Am Rolex Sports Car Series duo Ryan Dalziel – a Rolex 24 winner in 2010 – and Grand-Am rookies of the year Enzo Potolicchio and Alex Popow will be together in the #8 Ford Daytona Prototype. They will be joined by two-time Le Mans 24-Hour winner Allan McNish and current FIA GT1 world champ Lucas Luhr.

In the #2 Ford Daytona Prototype, Miguel Potolicchio will be joined by Maurizio Scala and IndyCar superstars Tony Kanaan, EJ Viso and Ryan Hunter-Reay.

The line-up reflects the determination in Starworks team boss Peter Baron’s team to lift the trophy on the 50th anniversary of the race and to use the Grand-Am Rolex 24 as the springboard for a championship-winning season.

THE QUOTES: Starworks team principal PETER BARON: “We felt, with our four current drivers, we had a line up strong enough to compete for a win — Alex, Enzo, Ryan and Lucas. We weren’t going to add a fifth driver, but Allan is a friend and we heard he was interested. You just do not pass on the opportunity to put Allan McNish in the car. He is a legend. He brings much more than his speed — he elevates the other guys, gets the others even more motivated and it is great to work with someone with that kind of history in sports car racing. Plus Allan has won just about everything in sports car racing but the fabled Rolex Daytona.

“The other car was a bit last-minute. We wanted to put together the most interesting car that would give us good visibility and bring interest to the series. We had worked with Ryan and EJ before and it worked out well. We wanted a third IndyCar driver. Tony Kanaan is a Florida person and I have tried for three years to get him in the car and it has not worked out so it is great to get it done.

“To get strong drivers, you need strong results. Everyone knew we were doing well but our win at the end of the season put an exclamation mark on it. We now have everything in place. I can’t thank Enzo and Alex enough for helping us get all the tools in place to give us a shot to win this race. The guys joke about us being an episode of Extreme Makeover, but it is pretty impressive to see the amount that we have invested in infrastructure over the off season. "

“Every time I take a trip down to the shop I see that the team has grown. I think the fact that we could hire guys like Lucas Luhr and Allan McNish and the fact that they wanted to come and drive for us says a lot about the credibility that Starworks now has in the sports car world.

“We have a good base set-up for Daytona. We had good tests there in November and December. I think we are in a pretty good place.

“A lot of the Roar will be about getting the five guys in each car to gel together. There will always be some sacrifice that will have to be made, but now that we know our line-up we have to build towards having five team-mates who work well together."

ALLAN McNISH, 42, Dumfries, Scotland: “Daytona is always a tough challenge with the number of cars on the track, the traffic, how competitive it is now with everyone fighting for the last tenth and races being decided on the last lap, but it is a challenge that every racing driver and team embraces.

“I have known about the Starworks team for quite a while and I have known Peter Baron as a driver and also as a team owner. They are proven winners in this category.

“With Ryan Dalziel, who is a previous winner and another Scotsman, you put Lucas Luhr who is an ex-team-mate of mine and current GT1 world champion, then Enzo and Alex were fantastic rookies of the year last year so I do think we have a very good driver combination and we have a proven package with it comes to the car and the team. It gives us a shot of being at the sharp end when the checkered flag comes down, but it is a tough race.

“A 24-hour race at the beginning of the season certainly blows the cobwebs away and, since my first time there in 1998 when I finished second overall and won the category, I have always enjoyed going back. I can’t think of a better way to prepare for the season.

“I’d like to thank Audi Sport for allowing me to contest the Daytona 24 and make the most of this opportunity."

ALEX POPOW, 36, Lecheria, Venezuela: “I cannot wait to start the program because I have more experience and we have an incredible line-up for the 24.

“We ended last year running strong and that’s the way we want to start this year. We want to win races and there’s no better way to start the season than by winning the Daytona 24. With the line-up we have, that is possible. The team have made huge changes and is very strong right now. With the GS program, it is going to be a busy year."

LUCAS LUHR, 32, Mulheim-Karlich, Germany: “I’m very happy to join Starworks for the season and I thank Peter and Alex for the trust they put in me.

“Daytona is always a very special race and it would be a dream come true if we can win it. It is great that so many guys from NASCAR and IndyCar will be racing there as well. I have worked with the team and I’m sure we have a competitive package to be a frontrunner at Daytona and for the whole year."

TONY KANAAN, 38, Salvador, Brazil: “I am really excited to be driving at the 24. I have never driven a prototype before so I will be looking to get some seat time at the Roar test. Having Ryan and EJ as team-mates is a big help because I already know them and they will give me valuable information about driving the car. It will be competitive, but it will also be a fun event. I have always wanted to race at the 24 in a prototype and this is the perfect opportunity.

“A win this early in the season would be a great way to kick off the year for sure."

RYAN HUNTER-REAY, 35, Dallas, Texas: “I’m thrilled to join the Starworks team for the 50th Daytona 24. I have lots of respect for Peter Baron and his team – they’ve done a phenomenal job over the past few seasons.

“I’ve had the pleasure of driving with Starworks in 2006 and look forward to joining my team-mates from the past, Ryan Dalziel, Tony Kanaan and Lucas Luhr. This is a race we’re all focused on winning.

“The Daytona 24 has all the best drivers from around the world going at it for one full day of racing. This event really sets the tone for the upcoming season. After reaching the podium in 2010 I’m hungrier than ever to reach the top step. With this team we have a great chance."

EJ VISO, 36, Caracas, Venzuela: “The Daytona 24 is a great way to start 2012. Last year was my first run at this historic race and I enjoyed it a lot.

“I also think that, between Ryan Hunter-Reay, Tony Kanaan and myself, along with Miguel and Maurizio, we have a strong line-up of drivers that will allow us to be consistent for the whole race.

“Racing with Starworks once again in the Daytona 24-hour shows a continuity that I believe is one of the keys in racing. I see this team as the underdogs in the series, but I know that their preparation and hard work will pay off."

THE FACTS: Starworks Motorsports comes into the race on the back of a victory in the final round of the 2011 Grand-Am Rolex Sports Car championship at Mid-Ohio. Ryan Dalziel and Enzo Potolicchio were the drivers that day.