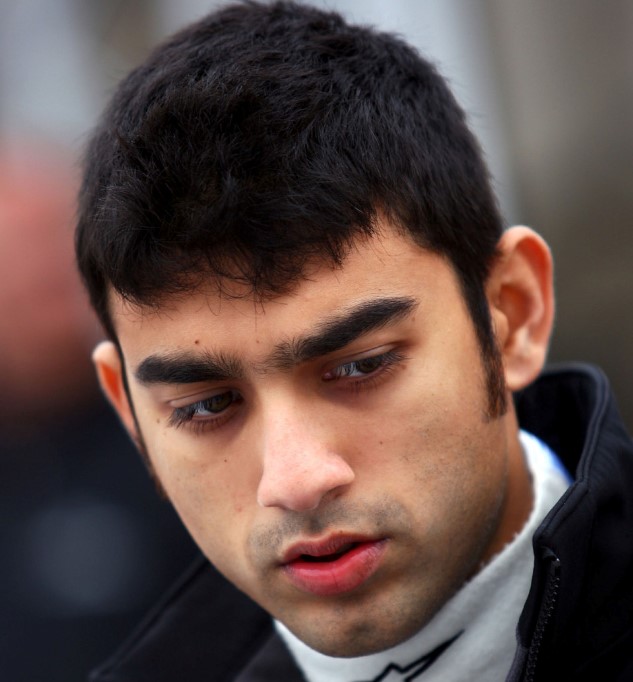 Headquartered in Indianapolis, Fan Force United launched their 2012 effort publicly with a reception for fans, potential drivers and sponsors on November 11th. They shared their vision and goals for the team. “We really felt charged up about our prospects after that event" said Tyce Carlson, a former IndyCar driver and team co-owner. “We knew we had a good game plan to land a competitive driver and we received a lot of encouragement for our plans to create a united effort; to bring new fans to IndyCar racing and to involve them with our team and our sponsoring partners. Although we had been working hard for several months to get this team on the track for 2012, this event really motivated us to tie the knot and get it done."

The team is especially proud to bring Armaan Ebrahim to the United States to drive their car. “Armaan is considered one of the brightest stars moving up through the ranks in European and Asian Formula racing. We agreed early on that we would not race until we found someone who could compete to win the championship. We have definitely found that driver with Armaan" says team principle Chris Williams. “He is currently competing in the i1 Supercar Series in India against several current and former Formula 1 drivers including Jacques Villeneuve, Giancarlo Fisichella, Heinz-Harald Frentzen, Jean Alesi, Mika Salo, Vitantonio Liuzzi and Alex Yoong. Armaan will complete that series just in time to get over here to begin testing in early March."

“I am really looking forward to spending my summer in the US driving in the Lights Series" said Ebrahim. “The guys at Fan Force United have a great program put together and we all plan to really make things happen on the track this summer. Coming to Indianapolis is also something very special for me at this time in my career. It’s a great racing city and I hope to be here for quite some time."

Team co-owner Scott Williamson emphasizes the team’s interest in involving fans with the team. “Fans make this sport happen and we really want to reach out to them. Armaan is truly going to enjoy Indianapolis and the race fans who reside here. We plan to hold a welcome happy hour so he can meet some of our fans and friends of the team once he arrives in town. We encourage everyone to go to our website at www.fanforceunited.com and sign up as a “friend" of the team; to “like" us on Facebook and to follow us on Twitter so we can communicate where and when this and future events will take place."

Williamson went on to say that the team is now trying to find Armaan a teammate. “Running a second car in 2012 is an important element of our strategy. Interested parties and potential partners can “contact us" through our website for further information."

Fan Force United will join the rest of the Firestone Indy Lights and the IZOD IndyCar teams in St. Petersburg, Florida for the opening race of the season the weekend of March 25th. The Lights Series will run 12 races in 2012, with all but one event in support of the IZOD IndyCars Series.