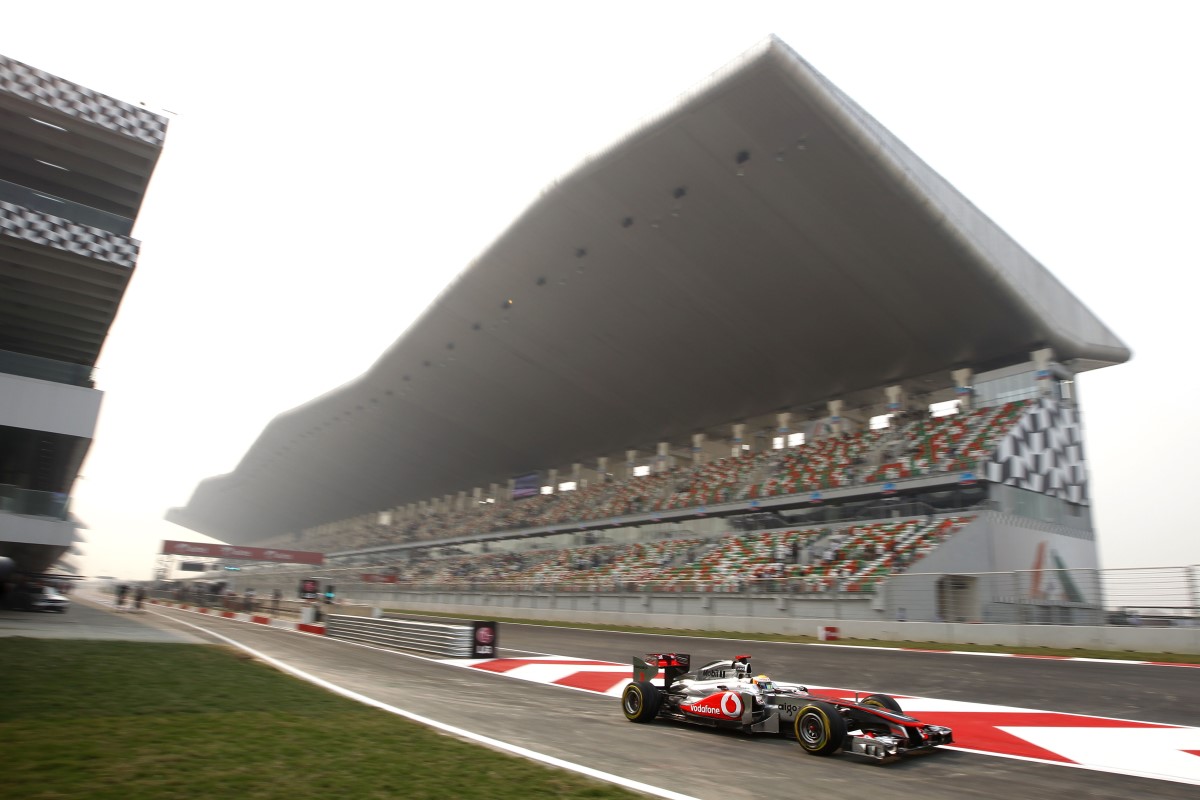 Lewis Hamilton was fastest in first practice (track cleaning session) for the Indian Grand Prix, but was later given a three-place grid penalty for setting the time under waved yellow flags at Turn 16.

The Briton had waited until the last possible moment to lead the way in an eventful first free practice session for the Indian Grand Prix, but did not slow for the yellow flags being waved for Pastor Maldonado's stationary Williams.

Red Bull's Sebastian Vettel and Mark Webber were 2nd and third behind Hamilton's illegal time of 1m26.836s as the checkered flag fell on the session.

The McLaren of Jenson Button was fourth fastest ahead of Michael Schumacher and Nico Rosberg in the two Mercedes.