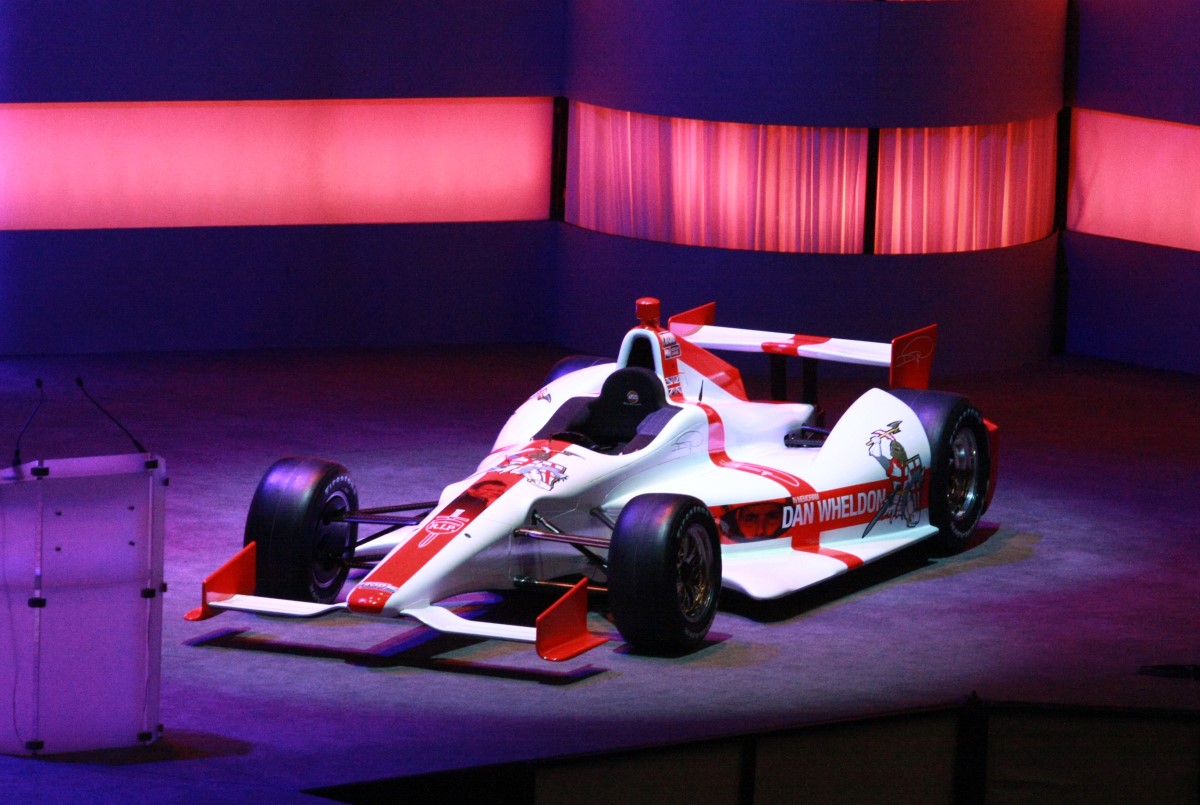 UPDATE #2 This ESPN article has a number of quotes from drivers after today's 3-hour meeting between the drivers and IndyCar but does not say specifically what was discussed. A 2nd drivers-only meeting was held afterwards. "The drivers agreed to keep their thoughts and suggestions out of the media," said Graham Rahal.

10/24/11 What the Mario Andretti accident at Indy video shows, and what Tony Renna's single car fatal airborne crash at Indy shows, is that even without 'pack' racing and without a high banked track, an IndyCar can get up into the catch fencing and the steel poles hitting the drivers head can kill them instantly. So either the tracks will have to add Plexiglas to the inside of the catch fencing or canopies to the cars. Anything short of that will see more drivers die in the future.

"I think now is the time for everybody to get out there and say what needs to be said because we've got six months (till the next race), so we have time," Graham Rahal said Sunday on SPEED TV. "There should be no excuses. I just hope that everyone can stand up and work with us. If anybody has been there to help us, and I know he's taken a lot of heat the last few days, it's been him (Bernard)."

"We need to talk about things on a much larger scale," Alex Lloyd told AP, who was advised early in his IndyCar career by Wheldon. "It's not just what happened in this accident, it's all possible scenarios. I think there will be a lot of topics discussed when we meet with Randy Bernard on Monday, and I think it will be very beneficial to all of us."

Drivers have spent the past week hashing out ideas through e-mail correspondence, and Rahal said that instead of getting or two responses, as is customary, nearly every driver had something to say. He hopes that's the case again Monday.

Series officials have already approved a new 2012 car, a model Wheldon tested, that is intended to incorporate new safety technologies. Among the changes are bumpers that could help limit the possibility of cars going airborne.

Drivers also want the series to look at everything from the tracks being used by the series to the combinations of horsepower and grip, and Rahal even suggested the possibility of using canopies on open-wheel cars.

"We want to do everything we can to prevent this from happening again," Lloyd said. "But in racing nothing has ever been 100% safe."