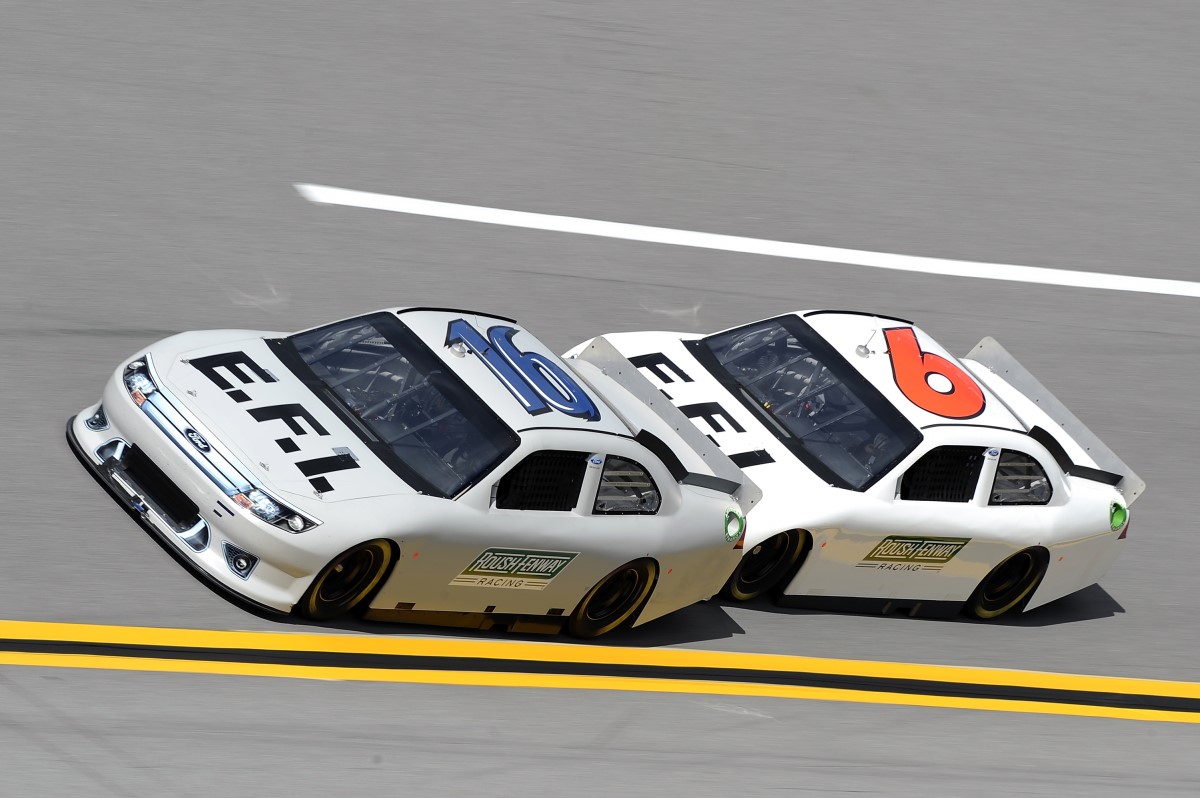 Ten NASCAR teams participated in a fuel injection test on a restrictor-plate track Thursday for the first time, and while it won’t be the last, there might be a glimmer of hope that Talladega Superspeedway and sister track Daytona International Speedway won’t be “restrictor-plate" tracks forever. The fuel-injection system NASCAR will implement in 2012 uses sensors and an electronic control unit to get the correct mix of air for the amount of fuel in the engine.

NASCAR could set the electronic control units to limit the amount of air injected into the engine rather than using a restrictor plate.

For now, NASCAR will continue to control speeds with the use the plates, positioning them at the bottom of the throttle body for Daytona and Talladega.

“Some day we will get there [to no plates]," NASCAR Vice President of Competition Robin Pemberton said after the Talladega test. “Currently, we’re on the slow, direct path of making sure our cars run flawlessly, put on the same great racing as we’ve always put on at any place, let alone the restrictor-plate races.

“When we get confidence in that, we will continue to look at other ways and means to run big ovals like this. Anything is possible."

That wait-and-see approach also is what Pemberton will take as far as whether the two-car tandem draft will continue at Talladega and Daytona. While used sporadically in 2009 and 2010, teams reached the point that they can run in a two-car draft the entire race.

Daytona International Speedway President Joie Chitwood said he thought fuel injection would help return pack racing style of competition instead of the two-car tandem, which he said has turned off some fans.

That certainly wasn’t the case Thursday as drivers worked only in two-car drafts. Scenedaily.com