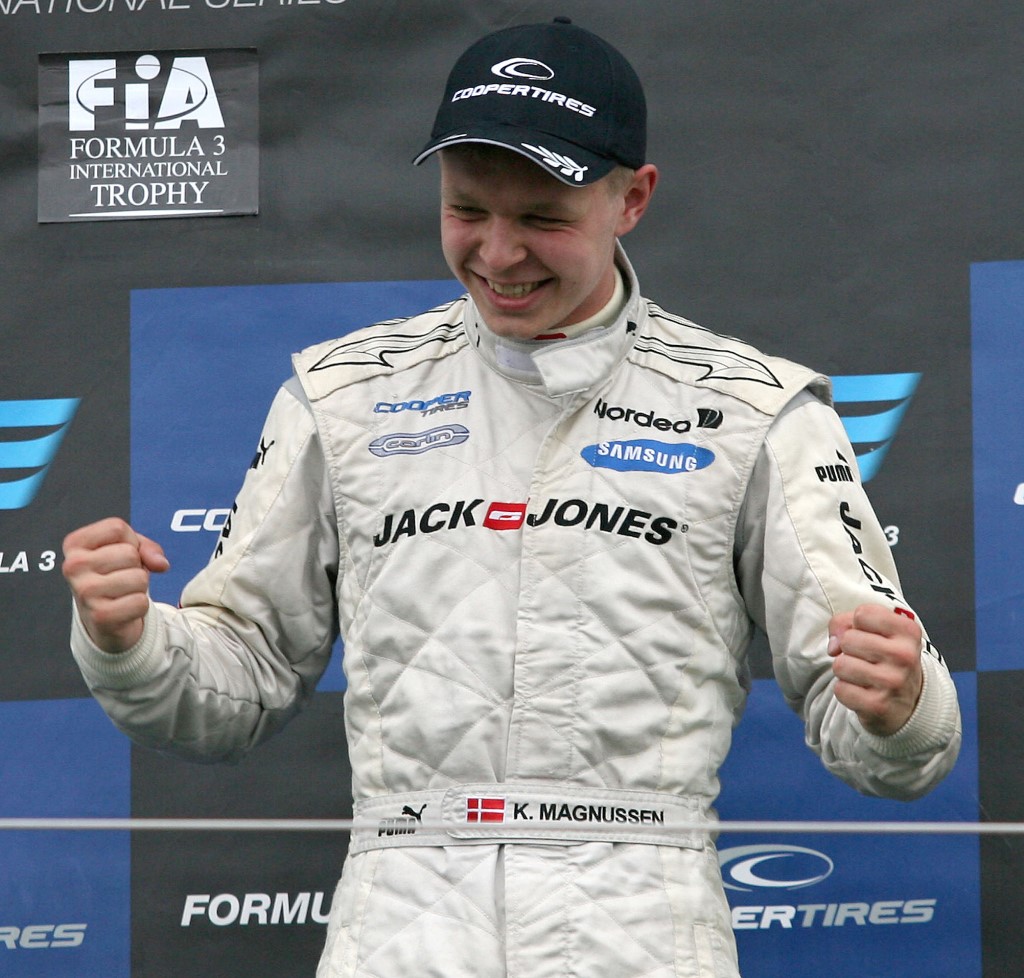 British F3 vice champion Kevin Magnussen will stay with Carlin for an attack on the Formula Renault 3.5 Series in 2012. The Dane spent the 2011 season with the British squad, claiming seven race wins in the British F3 International Series, and will stay with the newly crowned FR3.5 Team and Drivers’ champions next season.

Magnussen has marked himself out as a young driver to watch in the 2011 British F3 Series, following a dramatic season which saw him take six pole positions and seven race wins. His outright speed was emphasized by eight fastest laps over the year and he took the honor of being the driver to have lead the most laps of the season – 146 in total.

Before joining Carlin in British F3, Magnussen spent 2010 competing in F3 Germany where he finished 3rd overall and in 2009 he competed in the Formula Renault 2.0 Eurocup – so will be making a welcome return the World Series package in 2012.

Magnussen will be in familiar hands as he steps from Carlin’s championship winning F3 team to its championship winning FR3.5 team. Carlin won the 2011 FR3.5 Teams’ Championship with four races to spare, while Robert Wickens took the team’s second consecutive Drivers’ title following a close battle with team mate Jean-Eric Vergne who finished the season vice-champion. Vergne, like Magnussen, also graduated from the British F3 Series.

Jack & Jones sponsored driver Magnussen started his FR3.5 career off in the best possible style last week, impressing the paddock with his speed in official F3.5 testing in Barcelona. The 19 year-old finished his first day with Carlin as the fastest driver overall.

Looking ahead to 2012 Kevin Magnussen said, “It’s great to have the chance to drive for Carlin next year in Formula Renault 3.5, every step up the motorsport ladder is a real dream come true for me and I thank my sponsors for this chance. It’s a big opportunity and I intend on enjoying it and making the most of the upcoming year.

“I know the team really well and feel completely at home there. I can’t wait for the start of the season!"

Trevor Carlin added, “We are absolutely delighted to be able to announce Kevin as a Carlin FR3.5 driver for 2012. He has been extremely impressive in British F3 this year, especially in the second half of the season and is a driver very much in demand. We’re very proud that he has chosen Carlin as the team with which to continue his career and based on his performance in official testing so far, believe he will have no problems at all adapting to the FR3.5 car."