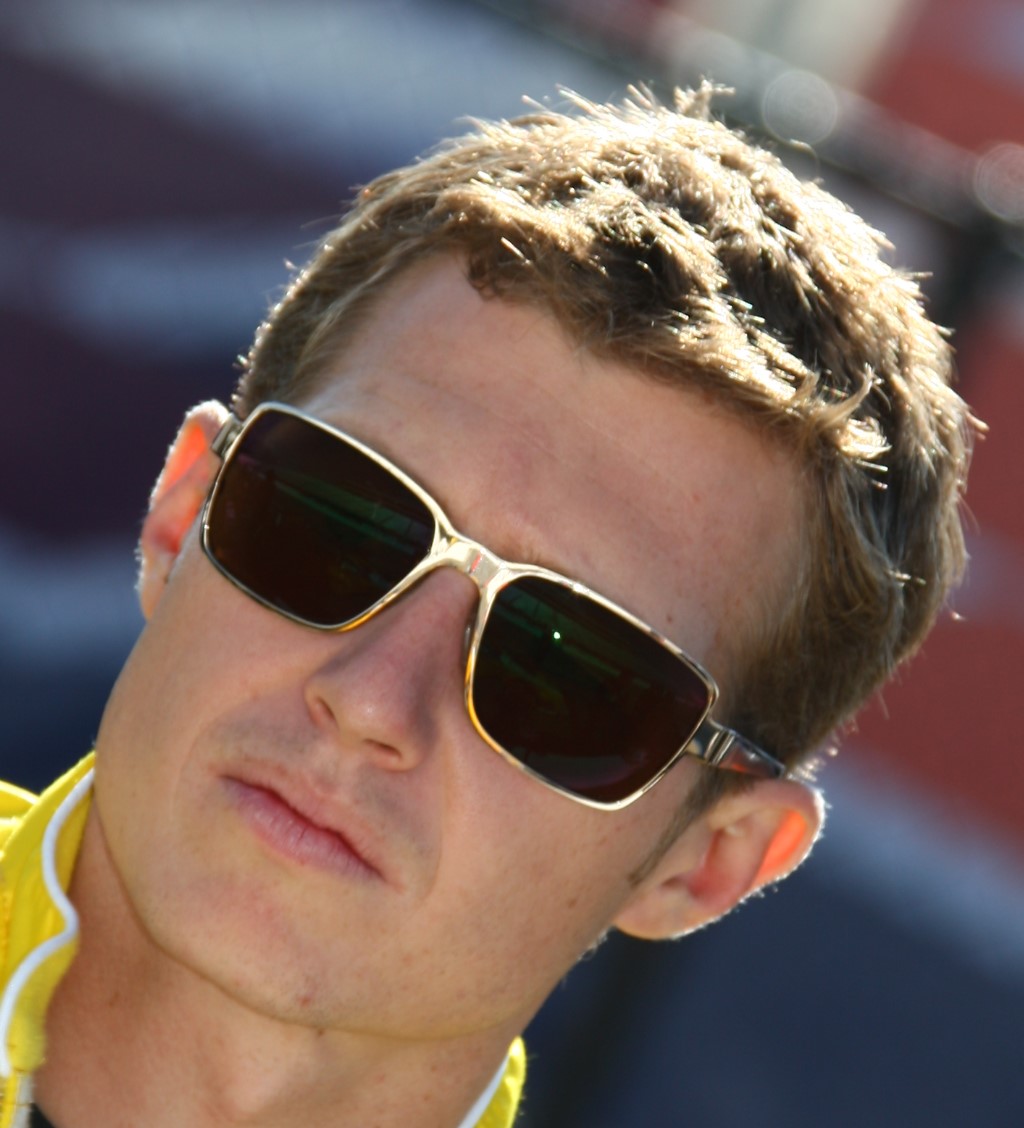 Back behind the wheel just days after the crash that killed his friend Dan Wheldon, Australian IndyCar driver Ryan Briscoe overcame jetlag – and a heavy heart – to almost top the test times ahead of this weekend's Gold Coast 600.

Organizers revealed on Wednesday the best-performed international driver at this weekend's V8 Supercars round would receive the Dan Wheldon Memorial Trophy.

And Briscoe will be one to watch for the touching award judging by his gutsy effort at testing.

Remarkably Briscoe flew in from the US at 6.45am AEST on Wednesday and headed straight to the test track at Queensland Raceway near Ipswich for the day-long V8 test session ahead of the weekend round.

And he wasn't there to make up numbers – he and co-driver, Holden star Garth Tander, were second fastest after completing a total of 116 laps.

Only the pair considered the one to beat at this weekend's V8 round – Holden's Jamie Whincup and four-time Champ Car world series champion Sebastien Bourdais – clocked a faster lap time after all 28 teams tested.

Briscoe and two other IndyCar drivers who emerged from the horror 15-car crash at Las Vegas that killed Wheldon on Monday (AEDT) bravely opted to pay tribute to their friend by racing on the Gold Coast this weekend.

Wheldon was due to compete on the glitter strip partnering Holden star James Courtney.

Wheldon was still in Briscoe's thoughts as he prepared for the Gold Coast event.

Earlier, Briscoe mulled over the lessons that could be learned from Wheldon's tragic passing.

"I'd like to see future IndyCar/Openwheelers with closed cockpits one day, like modern LeMans LMP1 cars have today."

The rest of the IndyCar contingent – Helio Castroneves and Alex Tagliani – also impressed despite their whirlwind arrival to Australia on Wednesday morning.

Brazil's Castroneves and Ford young gun Tim Slade were fourth fastest after 121 laps of testing and Canadian Tagliani teamed up with Holden rising star David Reynolds to be 10th quickest after 99.

Three-time Indy 500 winner Castroneves and Slade finished 18th in race one last year before the Brazilian was taken out in a multi-car accident in race two and finished 19th with Slade.

"Today was awesome. Its always good to come back to a team and guys you know and whose expertise you value," Castroneves said on Wednesday.

"I have been following the Team all year and Tim and I have unfinished business here on the Gold Coast after last year so well be doing our best to wrap it up on the weekend."

Tagliani tweeted before hitting the track: "It will be nice to be on track again and hopefully in memory of Dan."

The man who replaced Wheldon in the Gold Coast 600, English driver Darren Turner also impressed by finishing eighth fastest with Courtney on Wednesday after completing 118 laps.