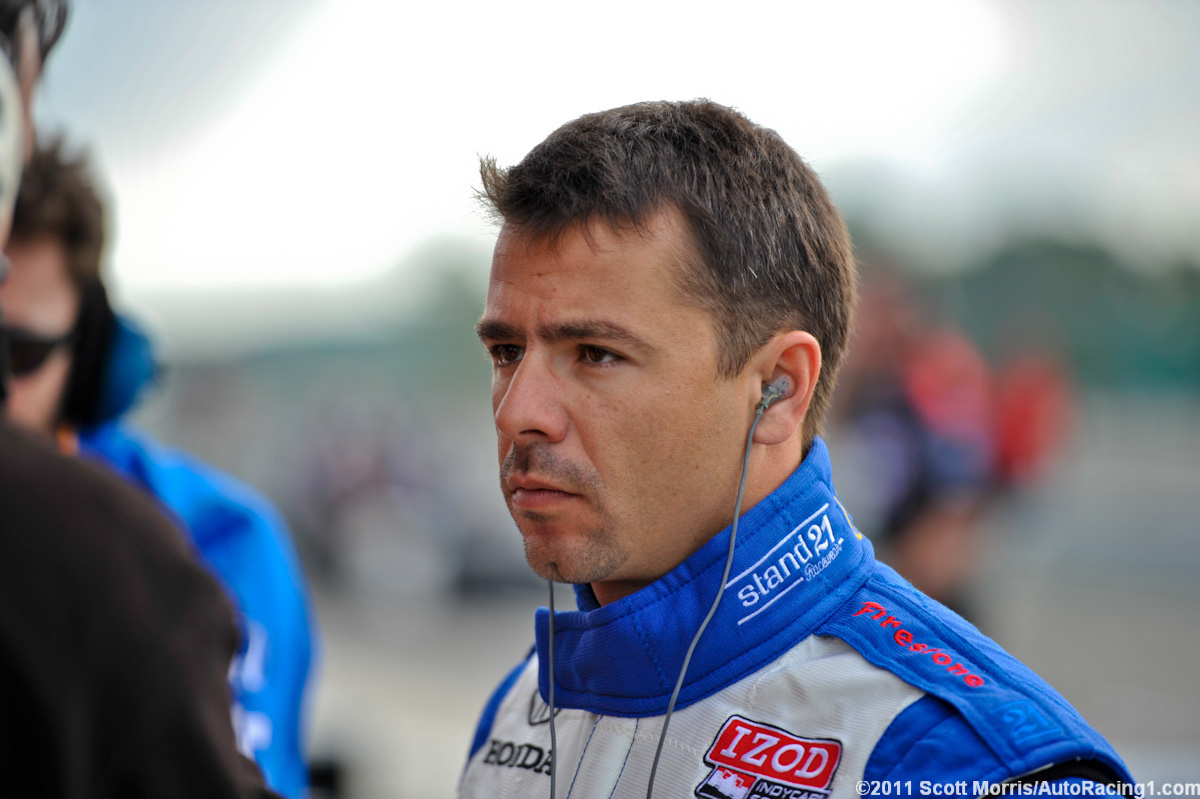 Oriol Servia is in a championship points no-man's land.

He can't challenge for third or higher and can't fall out of fourth place no matter the outcome of the Las Vegas Indy 300, which is the marquee event of the IZOD INDYCAR World Championships Presented by Honda on Oct. 16.

Given that Servia didn't compete in the IZOD IndyCar Series in 2010, it's not all that disappointing to be locked in the top five. It's security in the knowledge that Newman/Haas Racing and the 37-year-old Spaniard have overachieved this season. He has four top fives, highlighted by a pair of runner-up finishes.

"It has been an amazing comeback year story," said Servia, who leads the laps completed category with 2,103 of 2,111. "Newman/Haas has always been a top front-runner team and I feel proud to have been part of this great season. Clinching fourth with still one race to go and with one of the toughest fields of the last 100 years shows how well and how hard the whole team worked and delivered. We have savored IndyCar at its best and it tastes great."

Servia, driving the No. 2 Telemundo entry, still has plenty to gain in the 200-lap race on the 1.5-mile Las Vegas Motor Speedway oval. No. 1 on the list is his maiden victory in the series. He's competed twice on the oval in Champ Car, placing second to Newman/Haas Racing teammate Sebastien Bourdais in '05 the better of the finishes.

"I knew how good the team always is and I had confidence in my abilities but I really didn't know what to expect in terms of final standings," Servia said. "To be up there at the end of the championship requires a lot of consistency at all types of tracks and I wasn't sure what our weak points would be. It turned out that we had some great races on all types of tracks plus great strategy and, more importantly, superb reliability.

There's fluidity in every other ranking pending the race results of the 34 cars entered. The series championship duel between Dario Franchitti and Will Power marks the sixth consecutive year that the title will be decided in the season finale. Franchitti, driver of the No. 10 Target Chip Ganassi Racing car, has an 18-point lead over Verizon's Team Penske's Power.

There's an 18-point gap between six drivers seeking to crack the top 10. Patrick slid into the 10th spot with a 10th place at Kentucky Speedway on Oct. 2 and leads Helio Castroneves of Team Penske by a mere two points.

Hinchcliffe, of Newman/Has Racing, takes a six-point advantage over Hildebrand into the final race in the Sunoco Rookie of the Year award chase.