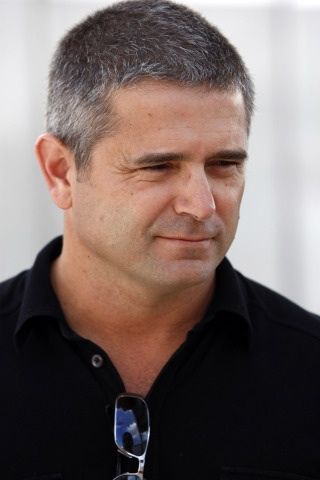 A late change ahead of the Armor All Gold Coast 600, October 21-23 has been forced upon the MOTHER Energy Drinks Racing team – with Brazilian Lucas di Grassi being replaced by countryman Gil de Ferran – a former Indianapolis 500 and double IndyCar Champion.

De Ferran – who raced at Surfers Paradise on seven occasions for a best result of fourth in his final appearance – was a Team Penske legend – winning the Champ Car Title for the Champion American team in his first year in 2000, then going back to back in 2001.

His crowning glory though was the 2003 victory in the Indianapolis 500 for The Captain-Roger Penske.

Since retiring from open wheel racing at the end of the 2003 IndyCar season, Gil has enjoyed a successful career on the management side of the sport as Sporting Director for the Honda Racing Formula One team before setting up de Ferran Motorsports in 2008. His team running the hugely successful works Acura effort in the American Le Mans Series.

The lure of the sportscar program proved too much for Gil and he returned to racing at the wheel of his own car alongside Simon Pagenaud, who will also be driving in the Armor All Gold Coast 600 for the Fujitsu-GRM team.

While one of the world’s most experienced drivers, the one thing the international ace has not done is pilot a V8 Supercar.

He will get his first taste of home-grown Australian muscle in a pre-event test at Queensland Raceway next Wednesday aboard Webb’s Mother Energy Drinks Falcon.

“I have always enjoyed Surfers Paradise, it was the scene of my last championship victory and I will enjoy catching up and racing with a load of friends and feeling the adrenalin again," said de Ferran.

“There is a great mix of drivers here from a range of backgrounds so the racing should be brilliant. I am looking forward the challenge and currently getting myself physically prepared."

The main catalyst for de Ferran to get back behind the wheel of this car is Mother Energy Team Manager, Bruce Jenkins – who worked with him during his British Formula 3 title-winning season at Paul Stewart Racing in 1992.

“Gil de Ferran was one of the drivers that cemented this event into the psyche of race fans worldwide," said Reeves. “He is one of the most popular and well respected drivers from the Indy era.

“The fact he went on to run a team in Formula 1 – the most competitive environment in world sport – underlines the guy is more than just a driver.

“To have Gil de Ferran back in Australia will be fantastic and adds to the many Champions that we’ve already confirmed for this great event. Which will be held in the champions’ State."