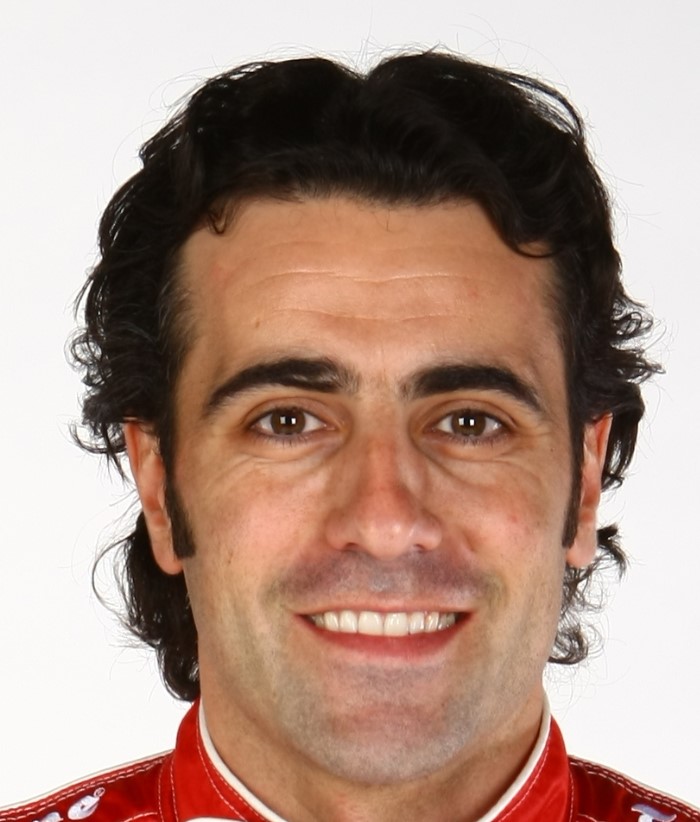 Dario Franchitti admits he won't consider what he's accomplished in his racing career until after he's retired and looks back at what he's done.

But the Scotsman's record in the IZOD IndyCar Series over the last three seasons has certainly impressed those who know the sport, including legendary drivers and the ones who compete with him week in and week out.

"It's tough to win period and to win multiple championships is always difficult and (Dario's) done a great job," said four-time Indianapolis 500 winner Rick Mears, who won six Indy car championships (CART and USAC) in his storied career. "He's always been a smart runner and keeps out of trouble and that's what it takes to win championships. When you have strong competition, you always have top teams that run up front. That's always the way it's been over history. There are always guys who can run fast and hard, and you have to try to outthink them and run smarter than them and you have to have lady luck on your side also."

Luck has certainly been on Franchitti's side over the last three seasons, and should Franchitti outduel Will Power and locked up his fourth IZOD IndyCar Series championship in the last five years this weekend at Las Vegas Motor Speedway, he will become just the third driver to win three-consecutive Indy car championships (Joining Sebastien Bourdais (2004-07) and Ted Horn (1946-48). Franchitti would also join drivers such as A.J. Foyt, Mario Andretti , Mears and Sebastien Bourdais with at least four Indy car championships to their name.

"It just shows, he's obviously winning races, he's very consistent," said teammate Scott Dixon, the last driver not named Franchitti to win the INDYCAR crown. "It's like he has little angel wings or something because even on a bad day they seem to pull it through. That's what it's all about. Championships, you've got to have consistency, you have to dominate some races. He's had a bit of bad luck just like all of us throughout this year. But it's cool to be a part of.

Bourdais, who won four-straight Indy car titles from 2004-2007 with Newman/Haas Racing in the Champ Car World Series, said comparing Franchitti's run with his is difficult, but accomplishing the success in this era of racing is a note-worthy feat.

"I find it very hard to compare experiences and careers," Bourdais said "When I was in Champ Car, I got a unique opportunity to drive for a great team, stable, very well organized. This was for sure a decisive factor in our success.

"These days, you have mostly two teams that have been able to build such a package in IndyCar, with Penske and Ganassi. That leaves five drivers with roughly the same chances to win, so for Dario to win as much as he does, I find it very impressive."

Equally as impressive is Franchitti's ability to stay on an even keel no matter what the circumstances. That above results is what makes him special to those who work with him.

"Certainly he's representative of the great drivers we've had at Target Chip Ganassi Racing, if not the great drivers that have driven IndyCars over the years," said Target Chip Ganassi Racing's managing director Mike Hull. "When I first was lucky enough to be involved with Indy car racing, there was a guy like Rick Mears who raced Indy cars, and I have enormous respect for what he accomplished and who he is today and the integrity of how he represents the sport, and I think that's what Dario does extremely well.

"He represents the integrity of our sport, the support of IndyCar racing, particularly oval IndyCar racing, and I think he guards and very much defines the lineage that he represents in terms of IndyCar champions, and that's why it's great to be around drivers like Dario and Scott Dixon and all the others that have done this.

"Will Power certainly represents that already with what he's accomplished. He's very special in what he does. Dario is very special at what he does, and it makes it fun to be part of IndyCar racing when you can be associated with guys like that."

As for Franchitti he's just focused on winning the current championship and not what his place is in the pantheon of racing greats.

"I'm not thinking about what's happened before," he said. "I think if you get too distracted thinking, 'Oh, man, three championships, whatever,' you're losing focus. So I'm just thinking about Vegas next week now, what I have to do there to get number four. When eventually I retire, I'll think about things in that wider picture."

DRIVER WHO HAVE WON FOUR OR MORE CHAMPIONSHIPS