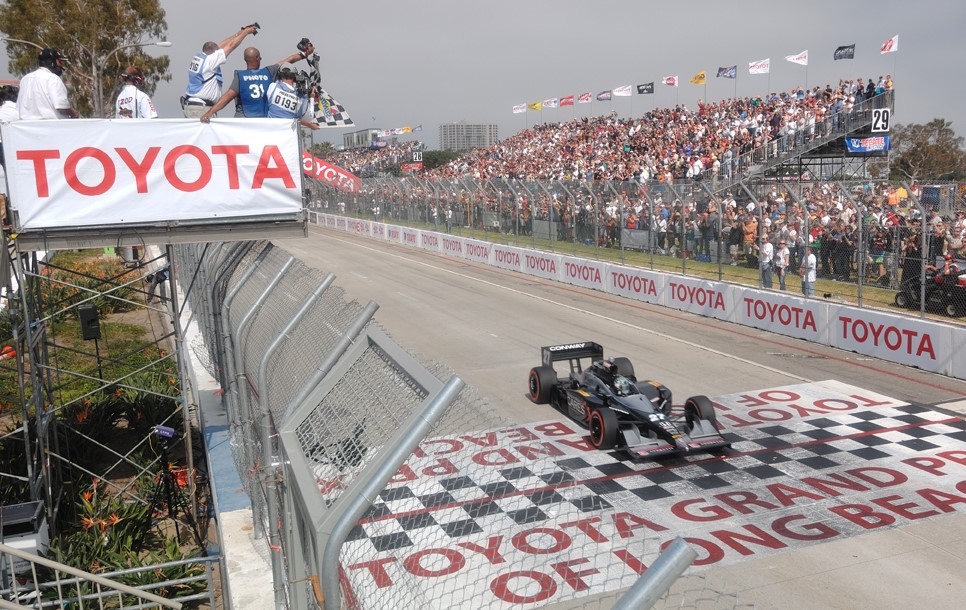 Get ready for turbocharged excitement for the whole family! Tickets for the 38th Annual Toyota Grand Prix of Long Beach, set to run April 13-15, 2012, go on sale today at 9 a.m.

The 2012 Toyota Grand Prix of Long Beach will scorch the downtown Long Beach streets with continuous action from six racing series. On Saturday, April 14, the finest sports cars in North America will take center stage in the Tequila PatrÂ¢n American Le Mans Series and the fan-favorite Toyota Pro/Celebrity Race, in which film, television and sports stars will take on pro drivers in identically prepared Scion tCs. On Sunday, four races will be on tap including the IndyCars, Indy Lights, Team Drifting and the Pirelli World Challenge.

“We have just concluded our ticket renewal period and are delighted that even in this economic climate, our loyal fans have renewed their tickets at an even stronger pace than for our 2011 event," said Jim Michaelian, president and CEO of the Grand Prix Association of Long Beach.

“It’s a testament to the fact that, as the number one street race in America combined with all that the City of Long Beach has to offer, the Toyota Grand Prix of Long Beach continues to be the best family entertainment value in Southern California."

Race weekend’s festival of family entertainment includes free Friday and Saturday night Tecate Light concerts and the Lifestyle Expo with an expanded Family Fun Zone with racing simulators, computer games and action sports. Also in the expo will be the ever-growing Green Power Prix-View, featuring the latest in environmentally conscious products for the car and home.

Ticket prices for the three-day event range from $26 for a Friday General Admission ticket to $130 for a three-day ticket that includes Sat./Sun. reserved seating in grandstand upper levels. Pre-paid parking packages are also available, along with handicapped seating, IndyCar Paddock passes, Super Photo tickets and a wide variety of Hospitality Club packages including the exciting Vista Club – featuring a nearly 360-degree view of the race circuit – located high atop the Hyatt Regency Long Beach.