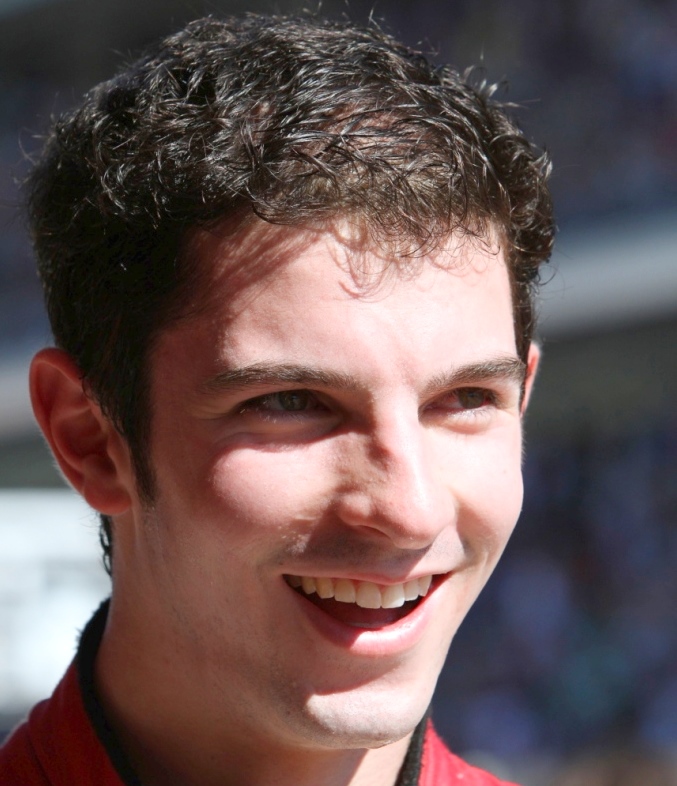 According to our European sources, Rossi may race in the World Series by Renault (FR 3.5 Series) series again next year because the new 2012 will be about the same speed as the GP2 cars and the Renault Series appears to graduating more drivers to F1 than GP2 right now. Rossi won the 2011 World Series by Renault – FR 3.5 series Rookie Championship and secured third place in the Drivers’ Championship at the season finale in Barcelona, Spain. His team, Fortec Motorsports, took 2nd place in the Constructors’ Championship. Fortec is aiming to expand from 2 cars this year to four cars in 2012.

09/27/11 Team Lotus has today confirmed that Alexander Rossi, lead driver in the AirAsia Team Lotus Driver Development Program and one of the standout race-winning performers in the 2011 World Series by Renault, will be taking part in the upcoming GP2 tests in Jerez and Barcelona with the Formula One team’s GP2 counterparts Caterham Team AirAsia. The team will be confirming the other drivers for the two tests shortly.

Alexander is a key driver in the Anglo/Malaysian’s squad’s roster of future talent and recently spent the Singaporean Grand Prix embedded with the team to further his experience of motorsport’s highest level of performance. Today’s announcement that Team Lotus is supporting his participation in the first day of the test in Jerez (29th September) and both days in Barcelona (19th / 20th October) will give the young American, the only US driver currently holding a Super License, the chance to step up from World Series by Renault to GP2, the acknowledged F1 feeder series.

Having just returned from Singapore to prepare for the test, starting tomorrow, Alexander said: “I would like to thank Tony, Kamarudin, SM Nasarudin and Riad Asmat for giving me this opportunity with Caterham Team AirAsia. I am very excited about working with a team who I have seen progress throughout the 2011 GP2 season from literally nothing to a race winning squad who mirror the professionalism, passion and commitment their colleagues in Team Lotus bring to work every day, and I will do my best to absorb as much as I can and repay the faith the Team Lotus shareholders have shown in me by doing the best job I possibly can over the four days on track."

Riad Asmat, Caterham Team AirAsia Team Principal: “One of the key objectives for Tony, Din and Nasa when they set up Caterham Team AirAsia was to provide young talent from across the motorsport spectrum the chance to develop and gain experience on their way to competing at the highest levels of global motorsport. Whether it is aviation, music, the automotive industry or Formula One, our shareholders have always passionately believed in giving young people the chance to explore their potential and Alexander is a very good example of how this plan is working in motorsport – he has performed brilliantly in the 2011 World Series by Renault so it is only fitting that we help him further his understanding of how it works at the very top, and we can do that now by giving him the chance to step up to the GP2 series with us at the forthcoming tests."