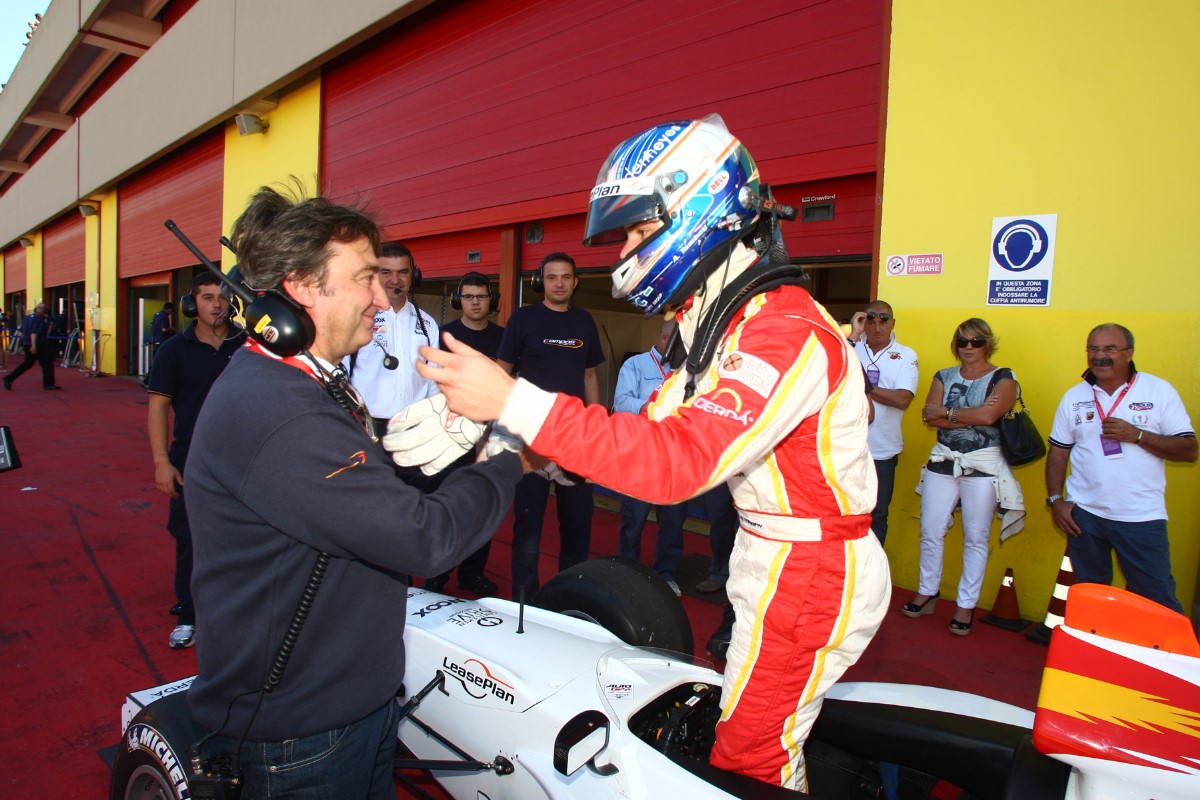 Auto GP got its seventh different poleman in seven events: in Mugello it was Adrien Tambay who gained the right to start from pole position thanks to a staggering 1'33"469 posted with his second set of new tires. The Frenchman gave a great joy to Adrian Campos, the Campos Racing team owner, who can also celebrate a good third place earned by Adam Carroll.

In between the two, Samuele Buttarelli got the second spot, confirming with a 1'33"634 the same great pace he had shown in the practice session and so securing a front row start. Luca Filippi, meanwhile, will start from 2nd row in fourth place: the SuperNova driver managed to qualify ahead of his main rivals for the title, so hitting the first target of his weekend. Fabio Onidi was 5th and not really happy of his car set-up, while Kevin Ceccon and Sergei Afanasiev will start from P6 and P7 respectively, an hint of what could be a really fierce fight already in Race 1.

Fabrizio Crestani was eight, ahead of Rio Haryanto and Giovanni Venturini. Sixth row start for Pasquale Di Sabatino and Giuseppe Cipriani, while Francesco Dracone and Michele La Rosa will close the pack.

Adrien Tambay: "I'm really happy of this pole position, especially because I went often very close to it in these two seasons, but this is the first time I actually manage to clinch it. It was a very positive session, the track is incredible and the car here feels really very physical, but the team did an amazing job with the set-up and we are ready for the race. Having a good start will be really important because there's a lot of room from the grid to the first braking area, and people could attack easily if I don't get off the line properly".