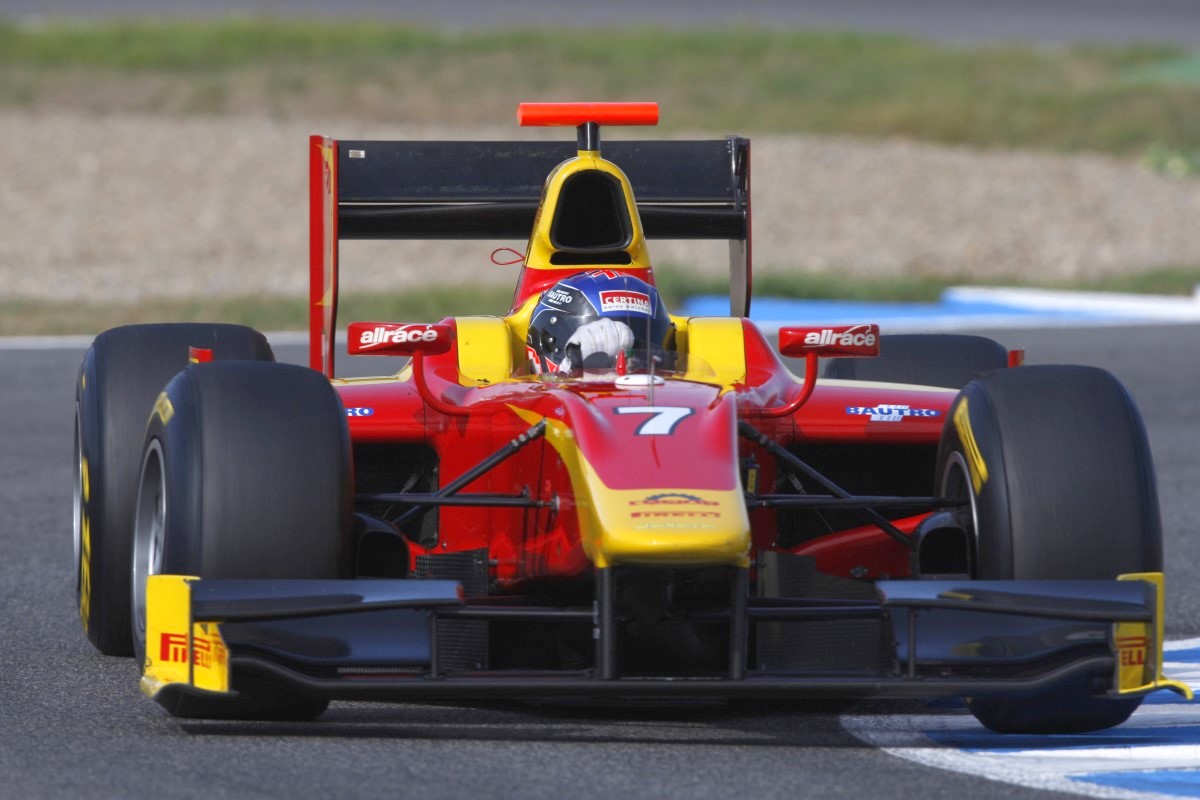 As soon as the pitlane opened, most drivers dove onto the track for their installation laps. It was Fabio Onidi at Scuderia Coloni who set the early pace in 1:29.040. Finnish ace Bottas proved he could adapt quickly to the GP2/11 by going top, five tenths faster than the Italian, while Fabio Leimer at Racing Engineering slipped in between the pair. The dying minutes of the first hour saw Josef Kral at Trident Racing topping the timesheets, but Onidi claimed back the top spot, with Max Chilton and Sam Bird completing the provisional top 3. With thirty minutes left in the session, Fabio Leimer at Racing Engineering went quickest, 0.1s from Filippi. The session was then briefly red flagged after Cecotto went wide at Turn 8 and stopped in the gravel bed. When it resumed, Leimer’s best laptime remained unbeaten. Bird, Cecotto, Onidi, Yelmer Buurman, Jolyon Palmer, Dani Clos, Josef Kral and Felix Da Costa completed the top ten.

Filippi was replaced by Kevin Ceccon in the afternoon session. It opened in rising temperatures and with Muller the first back on track. The Dams driver was soon followed by the remainder of the field. But it was Bottas who went quickest thirty minutes into the session and stayed on top of the timing sheets until the last half-hour of the trouble-free afternoon. Carlin’s Alvaro Parente and Max Chilton were in the Finn’s tow. With thirty minutes left on the clock, Leimer found extra pace again and claimed the top spot. In the closing stages, Buurman at Caterham Team AirAsia moved up to P2 a shy tenth from the Swiss while Clos edged Bottas out of P3. Kral, Parente, Chilton, Bird, Palmer and Melker rounded out the top ten.

The testing will resume tomorrow at 9am local time.