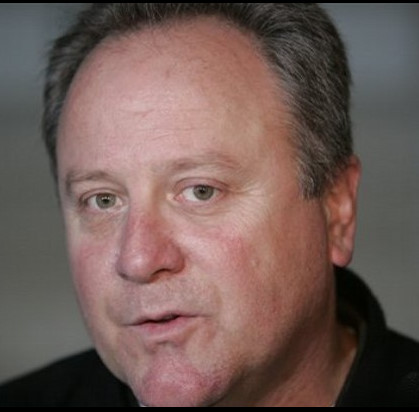 Another reader writes, Dear AR1.com, I am writing to follow up on a comment by one of your readers on the Brian Barnhart officiating issue this past weekend.

One point that seems to have been overlooked, or at least not fully explained, is that by not having Dario do a stop and go penalty for his avoidable contact with Briscoe, in conjunction with the position penalty that was assessed to Helio, Barnhart's actions have resulted in an absolute manipulation of the points lead that Will Power has so tirelessly worked to achieve. He has manipulated the point differential between Will Power and Dario Franchitti in a way that penalizes Will and rewards Dario. I am so sick of hearing Barnhart give a differing reason for the exact same offenses and depriving the drivers AND fans of a level playing field and results that are based on the drivers best effort being rewarded with the maximum points and a drivers mistakes being FAIRLY penalized. If a driver knows he executed a move that results in avoidable contact, and the move is penalized equally with a drive-thru penalty under green every single time, then you can bet that they will not complain, but when the rules are interpreted differently for the same offense, as they are being done by Barnhart and his staff, (but ultimately approved by him), then as a fan, he is robbing us of a fairly run sporting event that people pay hard earned money to watch in person, and that television fans unable to attend the event are deprived of seeing.

Kind of reminds me of how politics are run in Chicago. They call it the "Chicago Way" of doing politics, which has led to our state being one of the most corrupt in the nation. I guess as fans and drivers in the series, we all just need to take it the "IndyCar Way" since it sure appears that the ownership of IndyCar is condoning this practice through Barnhart and his underlings. Eventually, people move away to distance themselves from the bad taste that this gives people. Hopefully, the fans and team owners won't grow tired of the "IndyCar Way" of officiating and move away. I say we wipe the slate clean by getting rid of Barnhart and start anew with someone who understands racing from a drivers viewpoint and who knows how to FAIRLY officiate and enforce penalties, regardless of who the team or driver. This is what will result in a LEVEL playing field for all participants, rather than the current venue that alters or manipulates the outcome of the race. Out with the old and in with the new! Let's start the year off with a fresh new start, new engines, new chassis, and HOPEFULLY some additional new teams in 2012! Here's hoping for a new beginning. Signed- a weary yet hopeful open wheel racing fan

09/20/11 A reader adds, Dear AR1.com, I am assuming what happened with officiating at last week’s Motegi race was 1 of 2 things; Brian Barnhart was begging to be fired, or he was making a statement and flaunting how he can do anything he wants. To put Dario at the back of the pack after punting Briscoe was perhaps the final straw with me.

Until Barnhart is gone, IndyCar will continue to fail as acting like a premier level of motorsports, rather a country club sport where integrity and professionalism take a back seat to some personal interest. Frankly, I am sensing that IMS is tying Randy Bernard’s hands from doing anything with Barnhart, the last remnant of the great failure that will forever be known as the Tony George Era (or error). Like the CART CEO’s who were widely reported from having limited power b/c of self serving interests of the team owners who ultimately ran the series, is IMS protecting Barnhart here and preventing Bernard from doing what obviously needs to be done to try and exact some damage control from such shoddy officiating? That, and regardless of anyone’s opinion on Barnhart, it is obvious he has lost the trust and confidence of the drivers and teams.

At this point maybe outright threats from the few hundred thousand core fans left in IndyCar to boycott watching and attending any further IndyCar events maybe the only way to get IMS to let Bronco do what should have been done at least when Tony George was fired, and that is at the minimum reassign Barnhart, if not outright fire him. Then again, if IMS had an ounce of business sense, they would have canned Tony George by 2001, the time period by which he predicted in 1997 that his IRL will be bigger than NASCAR and F1, and well past the time it was obvious the formation of the IRL was killing the sport. Instead, nepotism trumped good business sense, wonder if the same is at play here with Barnhart? Andy Fogiel, Lansing, MI

09/18/11 “This is Bull (bleep)," Castroneves told RPM2Night.com. “It’s BS what they are doing. They have no rules. I’ve had enough of this. I hope they get fired. If Brian Barnhart (INDYCAR president of competition) wants to talk to me he has my number and he better call me because he needs to man up. He is a wussy."

09/18/11 After the race, Castroneves used Twitter to vent his feelings toward the series.

"It is sad to see one person being responsible for bringing down an entire series," he wrote. "Brian Barnhart is inconsistent and even changes rule book when is convenient for him, and his own personal interests. In the same race in International television he penalizes some but not others. Making the famous @paultracy 's words mine : Brian Barnhart is a circus clown! Very disappointed for finishing 7th. and being put to 22nd. This is just ABSURD !!! Just expressing my feelings right now!"

We await the penalty from Barnhart.

09/18/11 Penske driver Helio Castroneves has been handed a post-race penalty for passing J.R. Hildebrand under yellow flags at Twin Ring Motegi earlier today, with stewards opting to punish the Brazilian for the move which occurred on the final lap of the race.

The decision drops Castroneves from seventh to 22nd in the overall classification, meaning Power's new title lead over Ganassi rival Dario Franchitti is already cut to 11 points. With two rounds to go, a total of 100 points are available in the title fight.