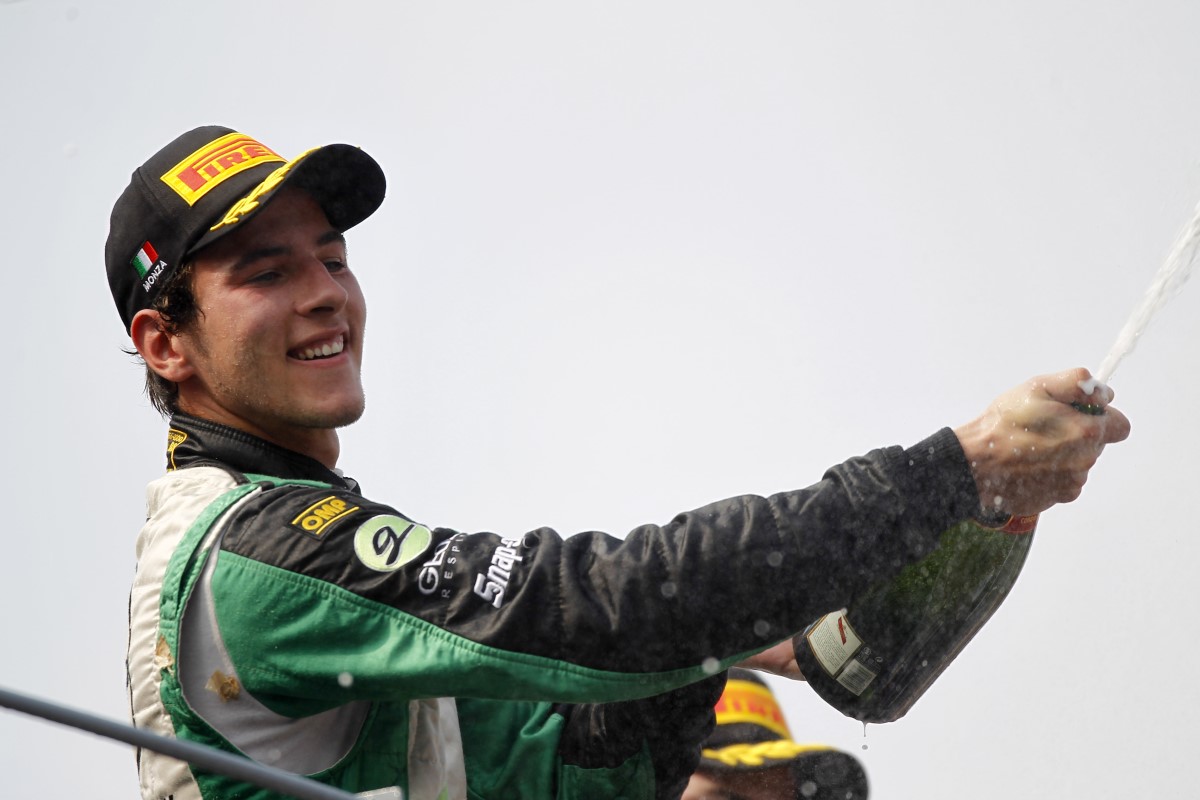 Christian Vietoris has held on against race long pressure from Fabio Leimer to claim his second victory of the season this morning in the sprint race at Monza: the German led his Swiss rival and Jules Bianchi from lights to flag in the final race of the 2011 GP2 season.

The win was set up at the start: when the lights went out poleman Bianchi and his fellow front row starter Leimer struggled to get away with Vietoris slipping between the pair. He was gone before the pack got to the first chicane, with Adam Carroll trying to get around them on the right side of the track before running out of road and having to make do with fourth.

Behind them was chaos though, as Charles Pic ran into the back of Romain Grosjean and then into the side of vice-champion rival Luca Filippi before rolling to a stop just after the chicane: the GP2 champion lost two laps in the pits as his team fitted a new rear wing but the Italian was able to continue, behind the top four, a hard charging Sam Bird and Esteban Gutierrez.

Filippi picked off the Mexican driver next time through the chicane while Leimer piled on the pressure at the front of the field, but if the driver in front doesn't make a mistake it is very nearly impossible to get by on the fast, flowing Italian circuit. One man who wasn't enjoying his day at work was Adam Carroll, who lost positions to Bird and Filippi in successive laps before heading a train of cars for the next ten laps.

As things stood Bianchi and Filippi were on level points, but the Italian was letting his local knowledge help: with little chance of making a pass he waited for the gap behind to build and then dropped back and put a few fastest laps together, picking up the bonus point in his fight for the vice-championship spot.

When the flag dropped Vietoris punched the air with joy, crossing the line just 0.7 seconds ahead of Leimer, with Bianchi, Bird and Filippi following the front pair nose to tail for P3 to 5, and Gutierrez 7 seconds back for the final points position. The result saw the 2011 title race decided with Grosjean the new champion ahead of Filippi and Bianchi, while in the teams' fight Addax was victorious ahead of DAMS and Racing Engineering.