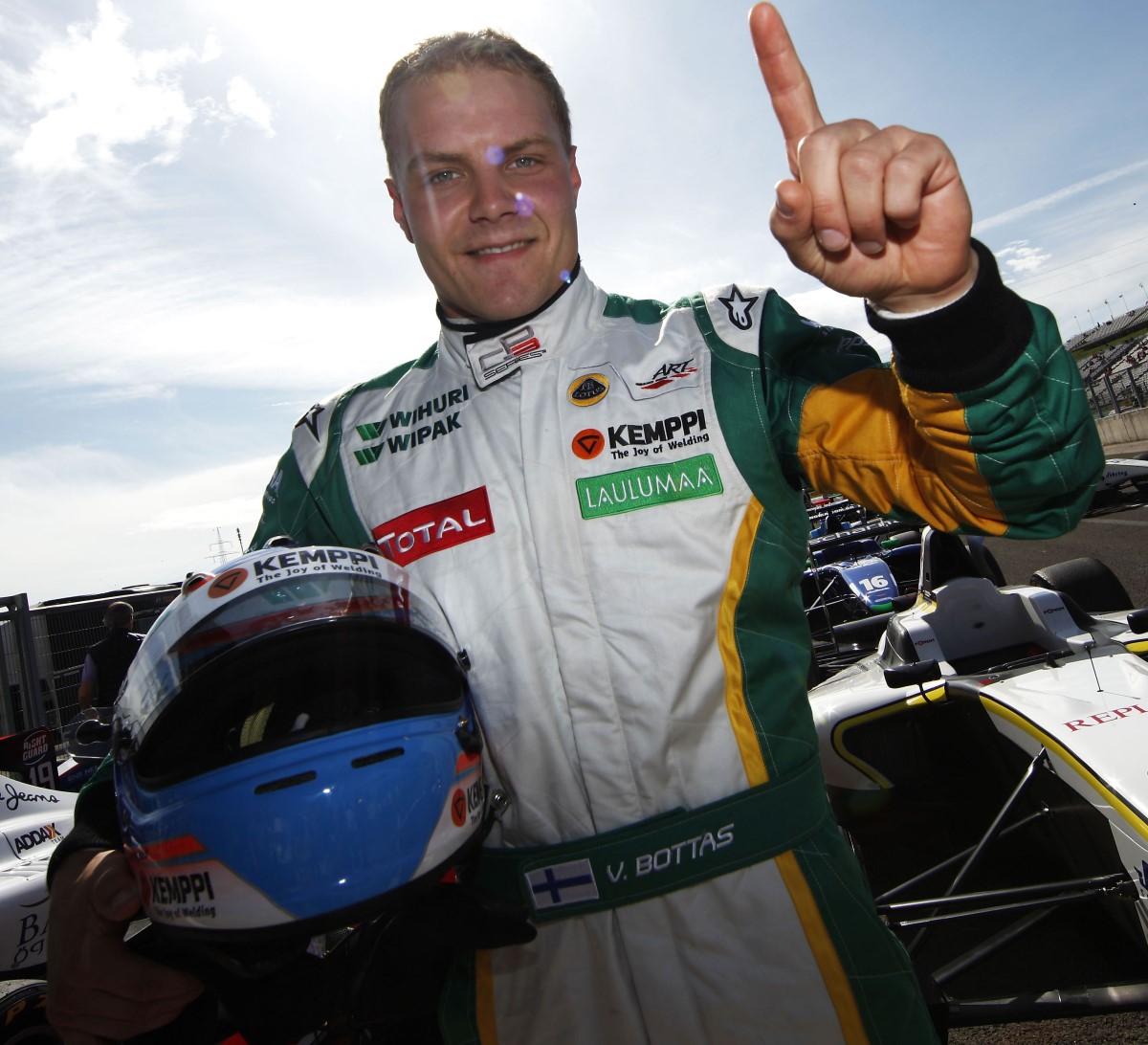 Valtteri Bottas took his first GP3 pole position for Lotus ART after leading the rest of the field for most of the thirty minutes session at Hungaroring today, and confirming he is on fine form following his success last week at Nurburgring. The Series race winner was 0.330 seconds ahead of his teammate James Calado to lock out the front row of the grid for the French team.

The field hit the track on Pirelli’s P Zero slick tires in warm and sunny conditions for the early morning session. Marussia Manor Racing’s Adrian Quaife-Hobbs was the first driver to break the 1 min 39s barrier to go top of the timesheet in a frantic first few minutes of qualifying as the thirty strong grid battled to find clean air. MW Arden’s Mitch Evans took his turn at the top as did Nico MÃ¼ller, Antonio Felix Da Costa and Michael Christensen as the times tumbled.

With less than ten minutes gone in the session Bottas once again showed that Lotus ART is the team to beat this weekend. The Finn went quickest with a 1:37.734 lap time and would go unchallenged until the dying minutes of the session. In a carbon copy of Practice 2 yesterday it was Calado who edged closest to his teammate in second, but Bottas responded by going even quicker and making sure that the pole would be his today.

With the front row secured by the 2010 team champions, the battle for third spot livened up the rest of the pack, with Aaro Vainio looking like he would snatch the spot from Tom Dillmann, MÃ¼ller and Christensen as all four men rivaled to find the extra pace on the busy track. However, after the checkered flag had been waved to signal the end of qualifying Evans flew over the line to snatch third spot bumping the Tech 1 Racing driver to fourth. Christensen will start fifth ahead of Rio Haryanto, MÃ¼ller, Dillmann, Quaife-Hobbs and Pedro Nunes ensuring all three Lotus ART’s will start in the top ten. Series leader Alexander Sims will start from eleventh.