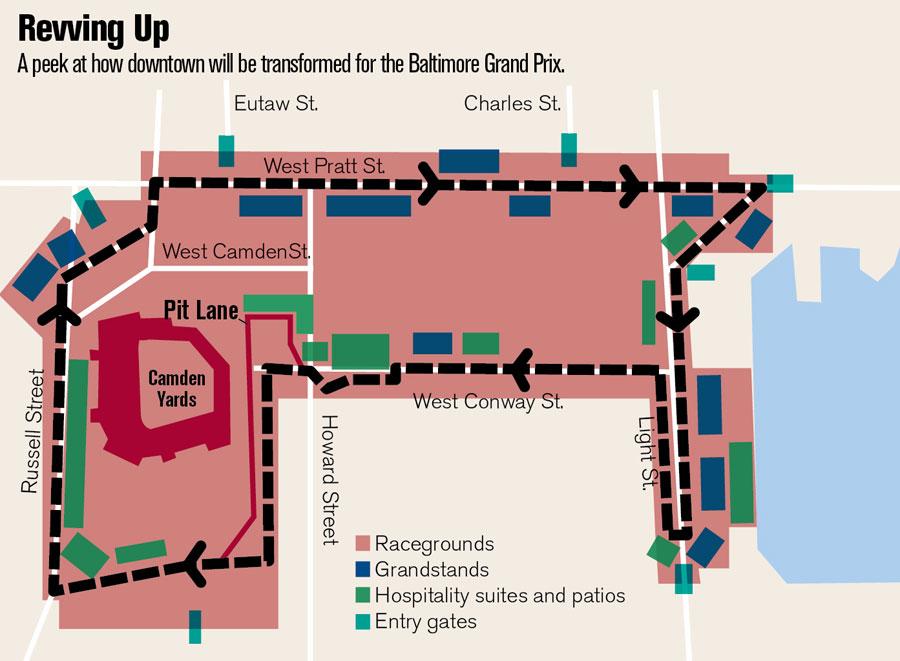 With just over a month remaining until the Baltimore Grand Prix speeds through the Inner Harbor Sept. 2-4, organizers are racing to meet their sponsorship goals.

The Grand Prix said Friday it has reached deals with Dr. Pepper to be the race’s official soft drink and Royal Farms to be its official coffee.

As part of their deals, Dr. Pepper will host a go-kart track at the event’s Interactive Zone all weekend. Constellation Wines will be served in all the hospitality suites at the event, and Mr. Tire will have an on-site presence during the weekend as well as promotional items for the event in their more than 800 retail locations.

As reported earlier this month by the Baltimore Business Journal, Budweiser will be the official beer of the event. Its beer along with Royal Farms’ coffee and Dr. Pepper will be served across the event.

Davidson could not be reached for immediate comment Friday.