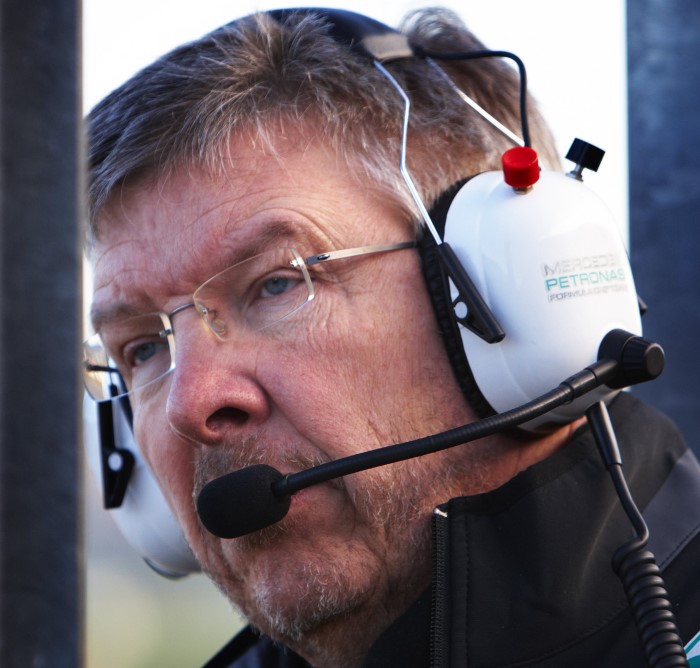 Mark Webber insists the reaction was not an over-the-top "kneejerk" one, with his teammate Sebastian Vettel explaining that there are a "couple of things" that should make the RB7 more competitive this weekend.

"We are trying to do what we can conceptually for our car that's going to work for the remaining races and you cannot redesign the car in three days," Australian Webber, referring to the short turnaround between the Nurburgring and this weekend's Hungarian grand prix, said.

German Vettel revealed that his team had a "deep look" at the numbers after the defeat to superior McLaren and Ferrari cars a few days ago.

"We have a couple of things playing around trying to make the package a little bit more competitive once again," said the world championship leader.

And he is quoted by Germany's Auto Motor und Sport: "If we do nothing, we will soon be overtaken, but I know something you do not know about our development program."

Ferrari's Fernando Alonso however is quoted by Marca newspaper as insisting that with a strong car and huge championship gaps, "I doubt Red Bull are very nervous".

Vettel says new Webber deal 'fine with me'
(GMM) Sebastian Vettel insists he has not been reading the latest reports about the future of his current Red Bull teammate.

Team owner Dietrich Mateschitz and boss Christian Horner have indicated in recent days that a new contract for Mark Webber is now a mere "formality".

It is obvious the pair are not best friends but German Vettel, 24, insists Webber staying in 2012 is "fine with me".

"Everything stays the same, so no need to get used to someone else," he added.

Red Bull's driver manager Dr Helmut Marko told Kleine Zeitung newspaper: "They will never be friends, but it's a good working relationship between them."

The Austrian however would not confirm Mateschitz and Horner's hints about Webber staying on, insisting the comments are "open to interpretation".

Marko is coy, on the one hand defending Webber's failure to win from pole in Germany a few days ago: "It was the fault of the team with the tires coming up to temperature too late."

But as to whether Webber is talking with any of Red Bull's rivals about 2012, he declined: "No comment."

Brawn admits to own mistakes in Mercedes slump
(GMM) Team boss Ross Brawn is willing to take the blame for Mercedes GP's failure to succeed so far.

Prior to the 2010 and 2011 seasons, the Briton predicted championship campaigns for the Brackley based team, but Michael Schumacher and Nico Rosberg are in fact yet to record a win.

Germany's Bild newspaper asked Brawn if it's his fault.

"Yes, I've made some mistakes. My choices were not always perfect, the transition (from Brawn GP to Mercedes) has taken too long."

He said the team's limited resources were stretched too thin.

"At the factory we undertook two difficult tasks in parallel: correcting the problems with the car and simultaneously making improvements to the structure in order to avoid problems in the future," said Brawn.

He does not blame the drivers. "They have done a good job and at the moment they can't get any more out of the car," said Brawn, who revealed that a third of Mercedes' entire workforce is now focusing on the 2012 single seater.

"We will reap the rewards in the future," said Brawn, vowing to stick with the Mercedes project until it is winning.

"Certainly, my family and I are secure financially, but I will not stop until Mercedes is winning races again."

Heidfeld admits DTM future 'imaginable'
(GMM) Nick Heidfeld in Hungary insists he is neither worried about his Renault seat nor the criticisms attributed this week to his boss Eric Boullier.

"I do not fear for my cockpit," said the German, who on Friday morning is giving up morning practice for team reserve Bruno Senna.

"It has been considered for some time to let Bruno do a practice session. Of course I'd rather be in the car because every session helps you to prepare," Heidfeld told Auto Motor und Sport.

But according to Der Spiegel, the 34-year-old scheduled a meeting with Boullier when he heard about hefty criticisms uttered since the Nurburgring.

Heidfeld insisted: "I've been in formula one long enough to know that something is not eaten as hot as it is made. You never know what really was said or what was intended.

"It sounds critical, but first I want to talk to him myself. I've arranged to meet with him on Friday."

The current speculation is that Heidfeld is definitely not staying at Renault beyond 2011, and the veteran admitted at the Hungaroring that he always keeps his "eyes open" for new opportunities.

One of them might be the German touring car series DTM, where his former employer BMW will be racing next year.

"With three manufacturers, (racing in) DTM is clearly imaginable to me," Heidfeld is quoted by sport1.

Alguersuari not worried about F1 future
(GMM) Even with Daniel Ricciardo parked at HRT for the time being, Toro Rosso's current drivers cannot yet afford to relax.

Jaime Alguersuari, however, insists he is not worried he might lose his place to energy drink Red Bull's latest protege.

"Not at all," he said during an interview with Spain's Diario Sport.

"Why? Because it's a situation that does not depend on me. I don't waste time thinking about things that I can do nothing about.

"I can put my helmet on and do my best. I am serious and I want to progress, but I do not think about whether I will have a Red Bull or a Ferrari or a Toro Rosso or a HRT, I worry about making the most of what I have now."

As for 2011, Alguersuari was asked if he thinks the F1 world can already assume that Sebastian Vettel will be the champion.

"Si," the Spaniard answered. "The (points) gap is enormous and even if his competitors win every other race he will always be there."

The scene, with the Ferrari driver perched on the sidepod of Mark Webber's Red Bull after he ran out of fuel, reminded nostalgic spectators of Silverstone 20 years ago, when Nigel Mansell gave Ayrton Senna a near-identical ride.

Technically, however, the jaunt broke the rules.

But an FIA official told Germany's Speed Week: "Nobody would have understood if we had acted according to the letter of the law. So we didn't do any punishment."

Australian Webber wrote in his latest BBC column: "I heard that David Coulthard and Martin Brundle were a bit nervous on the BBC commentary that we might be breaking the rules but everyone took the gesture in the spirit it was intended."

The team announced at the Nurburgring last week that his teammate Timo Glock will be staying on board for up to three more years.

Reports subsequently emerged that talks with d'Ambrosio's management Gravity about 2012 have begun.

But team president Graeme Lowdon is quoted by France's autohebdo.fr as insisting that Virgin will only begin to "think about" the issue of Glock's teammate "after the summer break".

He insists however that d'Ambrosio has done a "very good job" in 2011, particularly with his "maturity in the races".

"It is clear that it is not easy for new drivers so we can't really discuss Jerome's performance at the moment. So we will wait until the end of the season to discuss his contract," added Lowdon.

At 30, Alonso has 'learned to live with' F1
(GMM) After spending the whole of his twenties in formula one, Fernando Alonso says he now understands the sport well.

"I have learned to live with it," said the double world champion and Ferrari driver, who on Friday marks his 30th birthday.

"It requires a lot from you: physically, mentally, total dedication, your time," Alonso is quoted at the Hungaroring by a French-language Agence France Presse report.

"F1 is half politics, half sport. In the karts, it's sport only, but when you get here … it surprises you a bit. Bothers you, too.

"You want everything to be more transparent, cleaner. But when you accept F1 it has its charm. But you do have to realize about all the political interests," he insisted.

Rosberg denies 'destroying' Schumacher in 2011
(GMM) On the occasion of his 100th grand prix, Nico Rosberg dismissed the suggestion his best achievement was "destroying" the great Michael Schumacher at Mercedes.

"No, I definitely would not say that," he is quoted by Finland's Turun Sanomat at the Hungaroring.

"This year, generally, Michael has done a really good job. I've just managed to be in front more often. I would not say I have destroyed the guy.

"Qualifying has gone very well, I'm satisfied, but that's it," the German added.

He may be currently beating F1's most successful driver in history, but a glaring omission in Rosberg's statistics is a single win.

British viewers lose free-to-air coverage from 2012
(GMM) Only half of next season's formula one races will be shown on free-to-air television in Britain.

It emerged on Friday morning that subscription channel Sky Sports has won joint rights with the BBC to televise grands prix between 2012 and 2018.

All sessions will be shown live on Sky, while the BBC will only have live qualifying and race coverage of ten "key races" including Silverstone, Monaco and the season finale.

The BBC's sports director Barbara Slater billed the news as good for British fans, despite their unprecedented loss of free-to-air coverage.

"With this new deal not only have we delivered significant savings but we have also ensured that through our live and extended highlights coverage all the action continues to be available to license fee payers," she said.

Raikkonen has 'no news' about 2012 plans
(GMM) Kimi Raikkonen is not giving anything away about his plans for 2012.

The 2007 world champion, who left F1 at the end of 2009 and has been racing in world rally and NASCAR, has never ruled out returning to the grand prix grid.

Asked by Turun Sanomat about his plans for next year, the 31-year-old said on Thursday: "There is no news. We have some options."

Raikkonen said he is currently concentrating only on rallying. "The aim is to finish the rally season. There are no other plans."