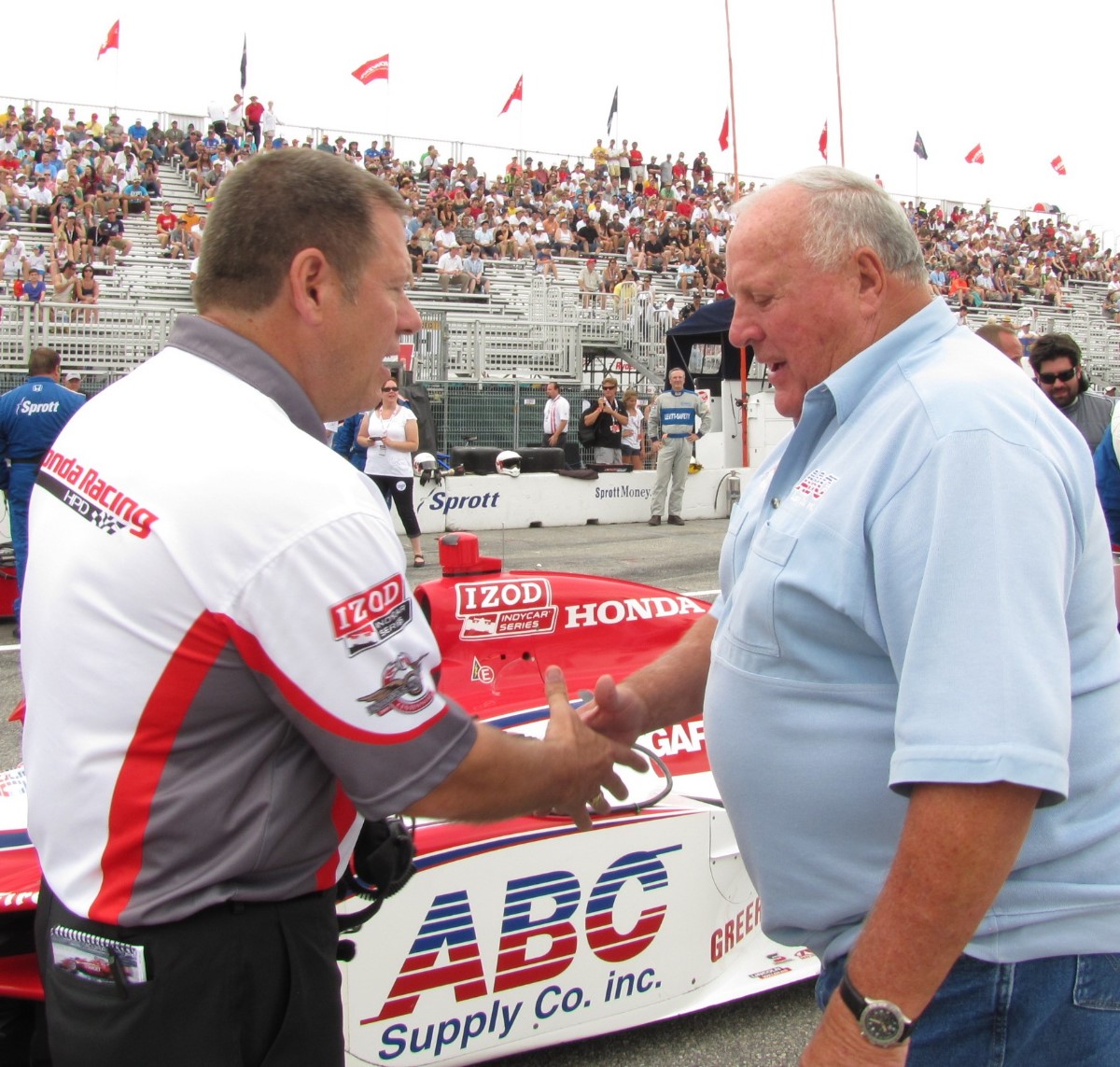 American Honda and its Honda Performance Development (HPD) subsidiary will power A.J. Foyt Racing in the 2012 IZOD IndyCar Series, HPD and the team announced today. Under terms of the agreement, HPD will provide its new, turbocharged 2.2-liter Honda Indy V-6 engines to all Foyt entries in the Indianapolis 500 and the season-long IZOD IndyCar Series.

"A.J. Foyt is a living legend in American racing, and it's an honor to announce the continuation of our association in the IZOD IndyCar Series," said Erik Berkman, president of Honda Performance Development and vice president, corporate planning and logistics, for American Honda.

"A.J. shares many traits with Soichiro Honda, the founder of our company. Passionate, dedicated men, their names became synonymous with racing in their native lands, and each has served as a symbol of his country's passion for motorsport around the world. Today, we consider A.J. to be a venerable member of the Honda 'family,' and we look forward to our continued association with both the man and his team."

Designed at HPD's Santa Clarita, California, facility, the all-new Honda Indy V-6 engine is now under development, with initial track testing scheduled to begin in August. A.J. Foyt Racing is the second team to align with Honda in preparation for the return of OEM competition to the IZOD IndyCar Series in 2012. In May, Honda announced that Chip Ganassi Racing, winner of the last three IndyCar drivers' championships, would be its anchor team beginning next year.

"I am really looking forward to working with Honda next year," commented A.J. Foyt, whose number 14 car will again be sponsored by ABC Supply in 2012. "I think they will provide us with the best engines in 2012 because they have the best resources … their facility in California is unbelievable. I was very impressed! "The other thing is that I really enjoy working with the Honda management team. I think they have been very fair and honest with our team and you don't see that too often in this day and age. When people treat us right, I don't forget that."

"We are thrilled to be working with Honda Performance Development again next year," added Team Director Larry Foyt. "They are such a professional organization and we really like being part of the Honda family. They promote a culture of winning, and as we continue to grow as a team, we believe that they can help us move forward to reach that common goal.

"In all honesty, we're proud to be one of the Honda teams as competition among the engine manufacturers returns next year. I strongly believe we can contribute to their efforts, and since they are partnering with us, I think they believe it, too."

Honda has been a fixture in North American open-wheel racing since 1994, and has played an active role in the growth of the IZOD IndyCar Series – as both a Manufacturers' Championship competitor and single engine supplier – since joining the series in 2003.

The company scored its first Indianapolis 500 victory in 2004 with Buddy Rice; Manufacturers' Championships in 2004 and '05; and became engine supplier to the entire IZOD IndyCar Series in 2006.

Honda has supplied racing engines to the full 33-car Indianapolis 500 field every year since 2006, and for a record-six consecutive years, there has not been a single engine failure in the '500'. The 2010 Indianapolis 500, won by Dario Franchitti, marked Honda's 100th race win as a manufacturer and engine supplier in IZOD IndyCar Series competition.

Founded in 1993, and located in Santa Clarita, Calif., HPD is the technical operations center for high-performance Honda racing cars and engines.

HPD continues to be involved in prototype sports-car racing in both Europe and North America.

The oldest IndyCar Series team in continuous operation, A.J. Foyt Racing is headed by its 76- year-old namesake, with son Larry serving as team director. In 2010, the senior Foyt was honored when race fans voted to name the IZOD IndyCar Series Oval Track Championship after him. The A.J. Foyt Trophy is now awarded to the driver scoring the most points at oval- track races in a given IndyCar Series season.

Additional Honda-powered teams for 2012 will be announced in the near future.