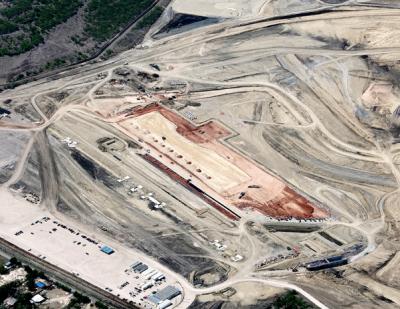 Circuit of the Americas received permits from Travis County on Wednesday to start construction on buildings for its race track. In 2012, the track is scheduled to host the first Formula 1 race in the U.S. since 2007.

Anna Bowlin, division director of development services for Travis County, met with Circuit of the Americas, the namesake and designer of the track.

“With a project this large and this complex, it’s good to stay coordinated," Bowlin said.

The permits the county issued give permission for construction to start on four buildings and five retaining walls, Bowlin said. Construction will begin on the pit area, the media center, the medical building and the crew building.

The county is issuing the permits in phases as Circuit of the Americas needs them.

“In a large project, you don’t build all at the same time," Bowlin said. “We’re issuing this in several parts."

She said most of the issues discussed in the meeting were transportation related, including updates on traffic safety plans. Representatives from the sheriff’s office and the fire marshal’s office attended the meeting to discuss how emergency services will be able to get to the track, Bowlin said.

Travis County Fire Marshal Hershel Lee said the county is allowing Circuit of the Americas to move forward with foundational work in spite of the plans not being finalized.

“Those plans are not complete," Lee said. “We didn’t think we should hold them up. They’re just working on final details."

Tavo Hellmund, founding partner of Circuit of the Americas, said in a press statement July 1 that the “earthwork" was 90 percent done.

“We’re just a few weeks away from being able to go vertical, so a lot of the hard work has been done," Tavo said.

Russ Rhea, vice president of the communications firm representing Circuit of the America, said the track’s construction site in Elroy, southeast of Austin, was just a field of brush a few months ago. Now the track’s hairpin turns, including a 130 foot uphill turn, are starting to emerge. Rhea said Circuit of the Americas has met all construction milestones so far and is on track to finish by next summer in time for the race.

“It certainly is an aggressive time line, and Formula 1 officials have said that," Rhea said. “But there have been facilities built in 18 months."