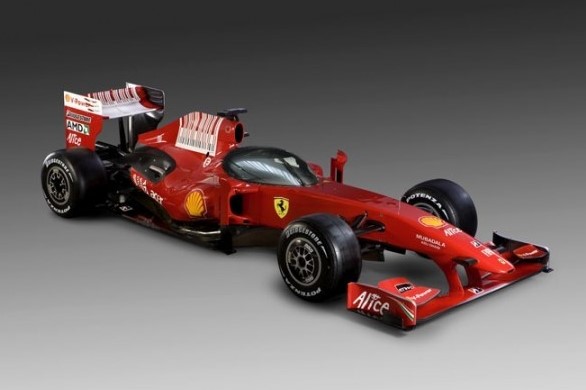 Rivals guarantee two F1 customers for Cosworth
(GMM) Cosworth is staying in formula one and designing a V6 engine even though it only has two customers for 2012.

Team Lotus switched to Renault power last year and Williams is following suit for 2012, leaving struggling Virgin and Hispania as the only Cosworth teams on the grid.

The independent Northampton based engine maker said when it returned to F1 in 2010 that it needed a minimum number of customers to make its program viable.

But when asked if Cosworth can survive with only two teams on the books, boss Mark Gallagher told Auto Motor und Sport: "We can."

He explains: "We regard each of our customer contracts as a separate deal. Each has fixed costs: engine, support at the track, development, individual adjustment to the car.

"So there is a profit with each deal. With regards to 2012, instead of having three separate profits, there will be only two."

Chief executive Tim Routsis expands: "In 2010 we supplied mainly new teams, and no one knew whether they would survive. It would not have made sense if we had not taken a potential collapse of one of these teams into account.

"As a fourth team, Williams was for us rather a bonus," he added.

And Routsis said it was always clear that Williams might jump ship at any moment.

"(Chairman) Adam Parr was always quite clear with us, saying from the outset that they would jump at the first chance of being with a car manufacturer," he said.

As for the future, Cosworth is happy with the change of plan from four-cylinder to V6 engines to debut in 2014.

Said Gallagher: "For the four cylinder there was no cost-curbing device. The big manufacturers were counting on at least EUR 60 million for development, while for us we are dependent on the payments from our customers."

He added that the V6 rules restrict development costs much more effectively.

"We also have a customer guarantee," revealed Gallagher. "Ferrari, Mercedes and Renault have committed that at least two customers will stay with us. Three would be ideal."

Technical chiefs began to investigate the possibility of jet fighter-style canopies for the cockpits in the wake of Felipe Massa's near-fatal crash in Hungary two years ago.

"You can have covers and you can have canopies, but you also have to be able to get at a driver to extract him. There are a lot of secondary considerations," said Ross Brawn.

According to the Daily Mirror, F1 chiefs have rejected the idea of a roof over the drivers' heads.

The report said the FIA had considered "poly-carbonate screens" for the cars, but "drivers fear the device could prevent escape in the event of a car overturning or catching fire", while spectators would be "at danger from flying debris ricocheting off the screens".

John Howett lined up as potential FOTA figure
(GMM) John Howett has emerged as a surprise candidate for a leading role at the formula one teams association FOTA.

The Briton was president of Toyota's F1 team, and the deputy chairman of the teams alliance, until the Japanese manufacturer quit the sport at the end of 2009.

When Howett left F1 and the role, FOTA praised his "great passion" and fundamental contribution", and he was credited for playing a leading hand in the heated political machinations of the time and the threatened breakaway split.

Internet reports by Germany's motorsport-total.com, the Dutch portal f1today.nl and Hungary's formula.hu say Howett is in line for the role as secretary general, currently occupied by Simone Perillo.

Howett's appointment would be timely, with the teams set to negotiate a new Concorde Agreement with the FIA and Bernie Ecclestone.

But despite further talk of a potential sale of the sport's commercial rights by CVC, the F1 chief executive has played down the importance of the forthcoming period.

"The bottom line is simple," Ecclestone told the International Herald Tribune. "If there is no Concorde Agreement it doesn't make that much difference.

"All the agreement is really is us telling the people (teams) what we are going to pay them. If there was no Concorde Agreement, same thing, we would run the championship and we would pay the people probably a lot less than they get now," he added.

'Difficult' to imagine Red Bull defeat – Mansell
(GMM) Ferrari is closing in but Red Bull has nothing to fear, according to 1992 world champion Nigel Mansell.

The winner of 31 grands prix was the driver steward at Silverstone last weekend, where Fernando Alonso seemed to break through Red Bull's dominance at the half-way point in the 2011 world championship.

Some commentators saw the Spaniard's win as the turning point for the season, despite Red Bull leading McLaren by more than 100 points, while Sebastian Vettel is almost the same margin ahead of Alonso in the drivers' standings.

"The result (in Britain) was great for Ferrari and good for formula one," Mansell is quoted by Germany's Speed Week.

But he warned: "Red Bull was as strong as ever, second and third, which with its clear lead in the world championship is no problem.

"Red Bull are still going to be very, very difficult to beat," added the Briton.

"My experience in 2008 (against Lewis Hamilton) and Kimi's in 2007 shows that anything can happen," said the Brazilian, "even if this year (winning the title) will be difficult.

"Vettel would have to make a lot of mistakes," added Massa.

Virgin denies d'Ambrosio set to switch teams
(GMM) Virgin has dismissed speculation it may lose Jerome d'Ambrosio's services and backing for the 2012 season.

The Belgian rookie's manager, Renault team boss Eric Boullier, said at Silverstone that he will talk about the 25-year-old's future with Virgin "and another team at the Nurburgring".

"I spoke to Jerome's manager at Silverstone and that is simply not the case," he told The Star. "We are happy with the guys we have got and it would be nice to continue with the same lineup next year."

"We are extremely happy with the drivers we have got and we have no plans to change," added Lowdon.

He said Glock, who is reportedly happy with Virgin's split with Nick Wirth and the new tie-up with McLaren, has shown no signs of making alternative plans for 2012.

"We have an extremely open relationship so if anyone was talking with him then we would be the first to know," said Lowdon.