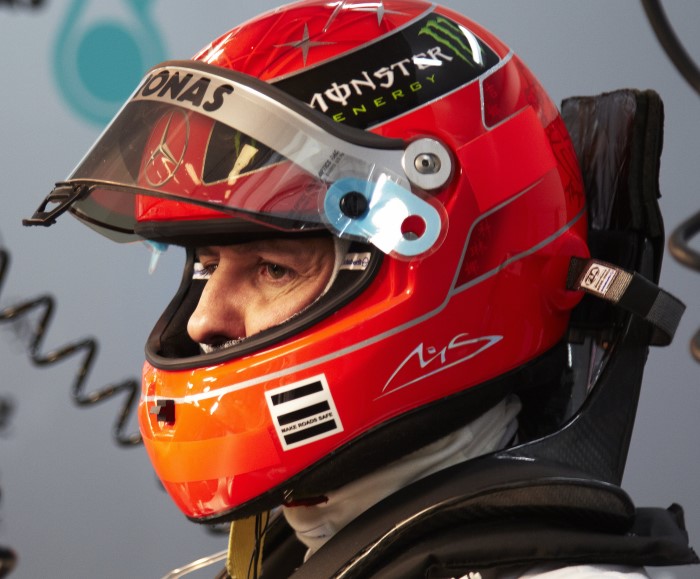 IndyCar pours water on F1 circuits' threat
(GMM) An IndyCar boss has denied formula one circuits are lining up the American series as an alternative.

Most of the current grand prix promoters have warned the FIA that unless new engine regulations produce the same loud sounds as the current V8s, they will host IndyCar races instead.

"They haven't spoken to us," he told the Globe and Mail. "We have a number of opportunities but they are not connected to F1 circuits.

"We are not just going to go to whoever is going to pay us a sanction fee, it has to make sense and be a strategic market that will advance the IndyCar model," added Angstadt.

The F1 circuits' threat was headed by Australian Grand Prix Corporation chairman Ron Walker, but Angstadt clarified that IndyCar is "not particularly interested" in going back to Australia due to the logistical hurdles.

Moreover, IndyCar is also moving from V8 engines to turbocharged V6s, and two years earlier than F1's scheduled switch in 2014.

Work on 2012 US GP buildings set to begin
(GMM) Organizers of the 2012 US grand prix are expected to receive permission to start constructing the pit and paddock buildings this week.

It emerged earlier that although digging and tunnel work has begun at the Austin site, permission for actual building construction is yet to be granted for the Circuit of the Americas project.

But a Travis County official told the Austin American Statesman that developers will imminently get permits "to work on the facility's most complex buildings".

Track officials are also set to meet with the county.

"I'm assuming this is a routine meeting with them. We've had the same types of meetings before," said project attorney Richard Suttle.

Next year's inaugural US grand prix in Texas is provisionally scheduled to take place on June 17.

"We hope to have the work done in time for all necessary inspection for having a race (in June), and right now we think we can," added Suttle.

"We're under way. We've got a schedule, and we intend to stick to it."

Before the British grand prix, it seemed near certain that Australian Mark Webber would be retained to race next season alongside Sebastian Vettel, who is under long-term contract.

But 34-year-old Webber then ignored team orders towards the end of the Silverstone race, prompting Horner to schedule private talks.

"He risked the second place of Sebastian, his third place and 33 points for the team," Briton Horner said in an interview with Bild newspaper.

"I understand that he's racing, but he also absolutely unnecessarily risked a crash. If all 500 people in the team thought only of themselves, we could never achieve our goals," he charged.

Asked directly if Webber has endangered his 2012 seat, Horner answered: "We will meet in late August and take a decision together."

As for the requirements for Vettel's teammate next year, Horner said: "He must bring harmony to the team."

He then voluntarily referred to this week's speculation about Kimi Raikkonen.

"I think his head is in a different place than formula one at the moment. So far I've seen no signs that he wants to come back.

"We don't have a driver problem; everyone in the pitlane is already beating on our door, and we have time," said Horner.

Mercedes to discuss 2012 contract with Schumacher
(GMM) Ross Brawn has revealed that Mercedes will consider its driver lineup for 2012 "later in the season".

Michael Schumacher is under contract to stay alongside Nico Rosberg next year, but there has been speculation that the seven time world champion might call time on his mixed return to formula one at the end of 2011.

"He has a three year contract with Mercedes, and we are very happy with him," team boss Brawn told Frankfurter Allgemeine Zeitung.

"But if he feels that he doesn't want to do it any more, then we need to talk about it. You can't force somebody to do something.

"But we believe in him; he's an important part of our team," added the Briton.

Asked directly if Mercedes still wanted to work with Schumacher in 2012, Brawn insisted: "Yes, of course. We will get together later in the season."

He said Rosberg is "definitely" the best teammate Schumacher has ever had.

"Sometimes it's like the young Michael Schumacher is standing before me," said Brawn. "He goes about his job with an incredible intensity, he has no emotional weaknesses and is incredibly talented.

"Perhaps the situation would be a little easier for Michael if he had a teammate who was not so incredibly strong. But both can learn many things from each other, and everyone is up to the challenge."

Throughout the British grand prix weekend, the rules about off-throttle engine exhaust blowing changed several times, with many observers wondering if the dominance of the Red Bull team was being directly targeted.

"If that was so, it would be the greatest insolence. You can not punish someone just because he is better," triple world champion Lauda told Germany's N-TV, referring to world championship leader Sebastian Vettel.

As for the Silverstone scandal, the great Austrian said it was "the biggest farce ever".

"Why change the rules in the middle of a season? The crucial thing is that absolutely no one was protesting; the practice (of exhaust blowing) was tacitly accepted by all the teams.

"Suddenly the FIA and Charlie Whiting had the idea to change the rules in the middle of the season. I personally don't understand it."

Lauda said he was relieved when, late on Sunday, it emerged that the FIA had accepted the teams' unanimous request to return to the pre-clampdown rules of Valencia.

"I very much hope that this absurdity stops now and we and the audience know at the Nurburgring in two weeks exactly what the rules are," he added.

F1 won't use temporary Interlagos chicane
(GMM) A temporary chicane will not be added to the layout of the Brazilian grand prix circuit in November.

Following recent fatalities at Interlagos' Cafe corner, circuit improvements – requiring the removal of a grandstand – will not be done until after F1's 2011 finale.

In the next few weeks, stock car and other formative series will use a temporary chicane to ensure the safety of competitors at the Sao Paulo venue.

"F1 … will not use the chicane," clarified a report in the local O Estado de S.Paulo newspaper.

Young driver test to take place before season finale
(GMM) As in 2010, Abu Dhabi is set to host a young drivers' test later this year.

But unlike last year, the event – seeing inexperienced youngsters entrusted with F1 teams' grand prix cars – will not take place immediately after the season finale, according to a report by Italiaracing.

Indeed, in 2011, Brazil is scheduled to host the last round of the championship in late November.

It means the young drivers' test at Abu Dhabi will take place two weeks before the season concludes, after the Yas Marina event in the middle of 2011's penultimate month.