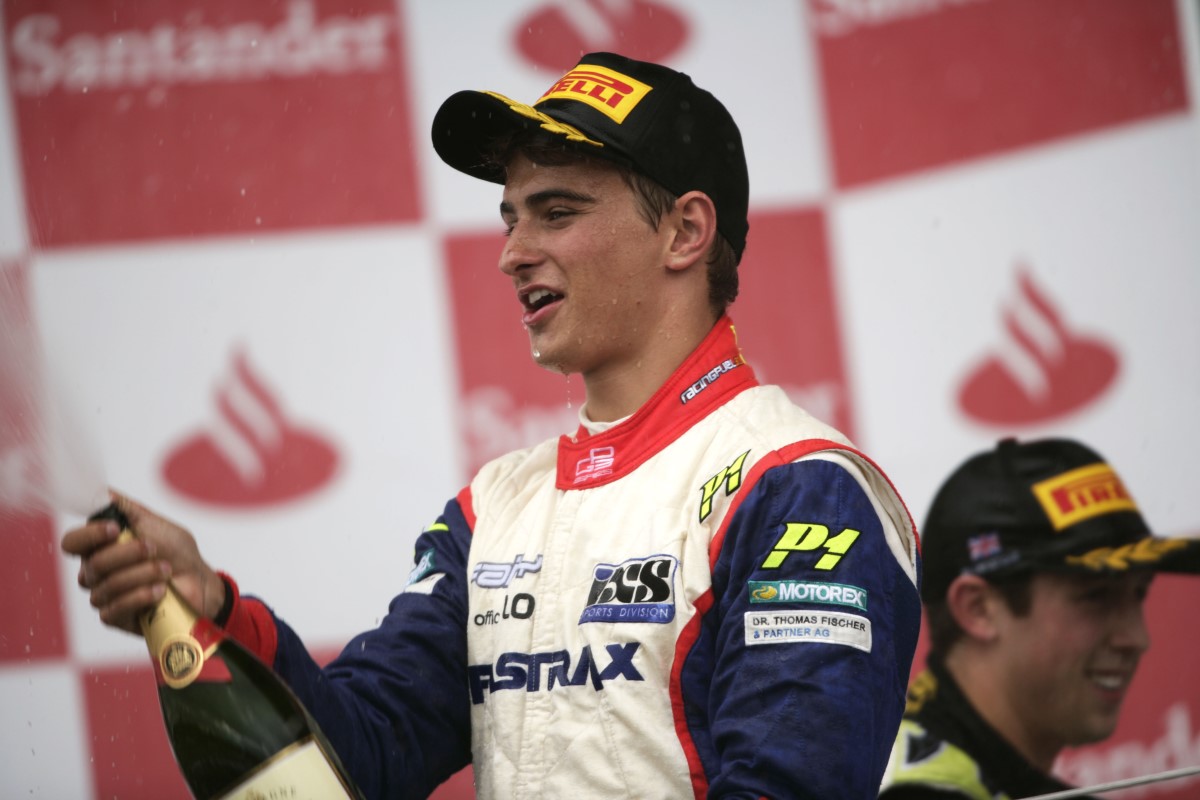 Any hopes the enthusiastic crowd had of a British winner today were dashed when the heavens open seconds before the formation lap. Nineteen of the of the thirty cars chose to enter the pits instead of joining the starting grid to switch to wet weather tires, and thus starting the race from the pitlane. Jenzer Motorsport had made the bold decision to send MÃ¼ller out on wets earlier despite the relatively clear skies leading up to the start of the race, and the Swiss driver effectively started on pole from sixth place on a half empty grid.

Muller’s getaway was slow and he was passed by RSC MÃ¼cke Motorsport Michael Christensen, but the Dane came together with teammate Nigel Melker, allowing MÃ¼ller back into the lead. Yelloly also benefited from MÃ¼cke’s misery to move up into second spot ahead of Luciano Bacheta in the third MÃ¼cke car. When the remainder of the field all fed out on track to join the race, original poleman Adrian Quaife-Hobbs was down in ninth ahead of James Calado, Lewis Williamson, Alexander Sims, Valtteri Bottas and Mitch Evans. And over the next 14 laps the race was well and truly on as the pack tried to claw their way back into the points.

As MÃ¼ller pulled away, Sims was the man on the move. The British driver was the fastest man on track and by lap 6 had made his way through the pack up into fifth spot behind Quaife-Hobbs who had hauled himself up into fourth. Over the next two laps Quaife-Hobbs caught and passed Bacheta for the final podium spot. Sims was next to make quick work of the MÃ¼cke driver and was soon putting pressure on Quaife-Hobbs. The Status GP man made his move into turn 1 and then set his sights on Yelloly for second.

With the checkered flag fast approaching, Addax Team’s Dean Smith snatched eight spot from Maxim Zimin to take reverse grid for tomorrow’s sprint race, while Sims continued his onslaught taking second spot. MÃ¼ller was victorious for the first time this season, and was joined on the podium by the of Sims and Yelloly – with the later scoring Atech CRS GP’s first GP3 podium. The final points paying positions went to British drivers meaning tomorrow’s reverse will be all British front row with Smith on pole alongside Williamson.

Next up for GP3 Series is Race 2 tomorrow morning at 08:20 local time.