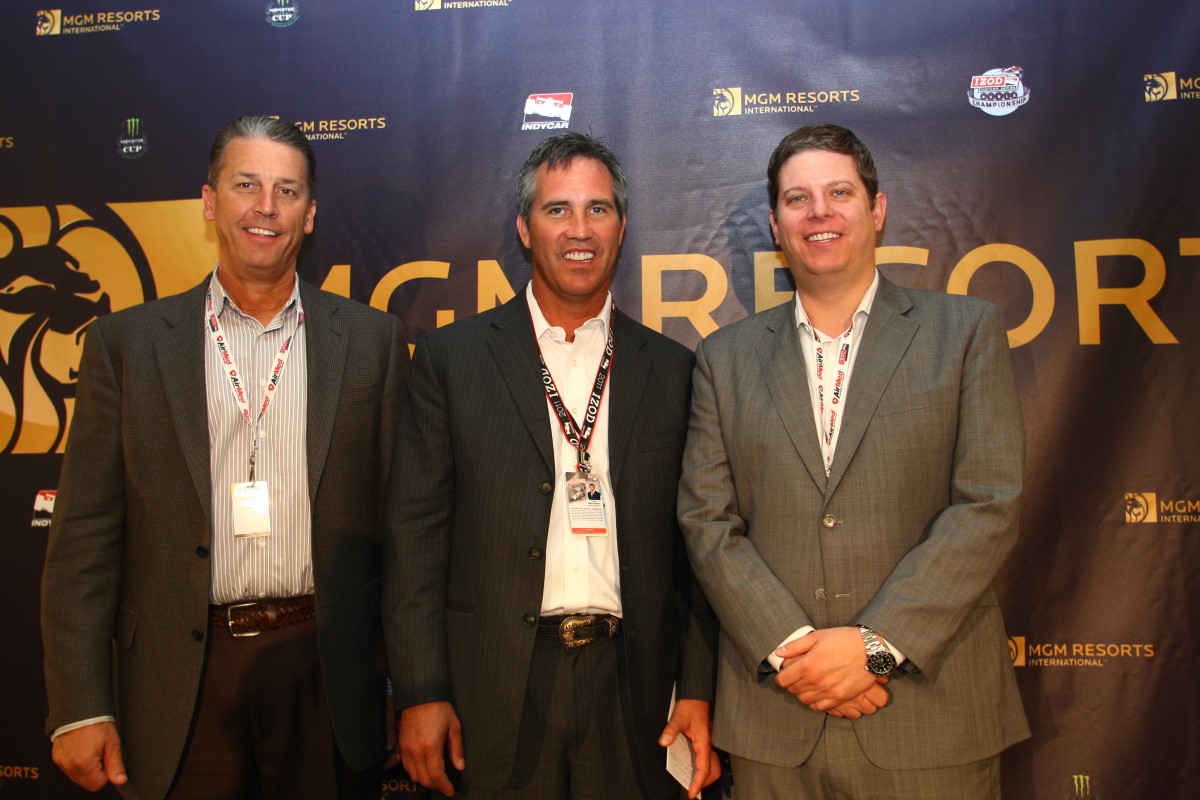 MGM Resorts International will serve as host and promotional partner for both the IZOD INDYCAR World Championships and the inaugural Monster Energy Cup on Oct. 15-16 in Las Vegas, Nev.

"It is great to have the promotional power of the MGM Resorts brand behind the IZOD INDYCAR World Championships," said Randy Bernard, chief executive officer, INDYCAR. "We want to deliver the best entertainment at the best value to all of our fans that make the trek to Vegas and this partnership with MGM Resorts, along with the added excitement of the Monster Energy Cup, will help enhance the fan experience during our championship weekend."

"We are excited to join forces with MGM Resorts in an effort to showcase the inaugural Monster Energy Cup in Las Vegas," said Charlie Mancuso, President of Feld Motor Sports. "Historically, MGM Resorts has played a pivotal role in supporting the most prestigious entertainment events in Vegas. We are delighted to work with them and INDYCAR on providing fans from around the globe the ultimate motor sports weekend."

Select MGM Resorts Las Vegas properties will serve as base locations for INDYCAR's ancillary fan events that will complement the season finale, including a charity blackjack tournament, pit stop competition and the annual Championship Celebration.

The Mandalay Bay Resort & Casino will host the INDYCAR Fan Village, a unique off-track fan entertainment hub that features interactive games and simulators, driver Q&As and autograph sessions, show cars, photo opportunities and more. The Monster Energy Cup will add to the entertainment at the Fan Village, providing an opportunity to cross-promote and entertain fans of both two- and four-wheel motorsports.

"Partnerships to us are everything," said Scott Voeller, vice president of Brand Strategy and Advertising for MGM Resorts International. "The market is such that we can deliver on the experience to the fans. If you really think about all different championships, this is where it all happens. This is where everyone wants to be. So, for us, it's incredibly valuable to be able to partner with the IZOD IndyCar Series. We, as a company, have 10 of the premier properties in Vegas. Our experience in the hospitality industry is second to none."

Tickets to the IZOD INDYCAR World Championships are on sale now and can be purchased on Ticketmaster.com or by calling the Las Vegas Motor Speedway box office at 800-644-4444. Fans purchasing a ticket to any IZOD IndyCar Series race during the 2011 season are eligible to receive a complimentary ticket to the IZOD INDYCAR World Championships by stopping by the INDYCAR Fan Village or other designated locations on race day, at racetracks in the U.S. and at Toronto.

The Monster Energy Cup will take place Oct. 15 at Sam Boyd Stadium in Las Vegas. Tickets are on sale now and can be purchased on MonsterEnergyCup.com, UNLVtickets.com, or by phone at 866-8-FINALS.

Any fan staying at one of the 11 MGM Las Vegas resorts between October 11 -18 will receive two free tickets to the race (Details).