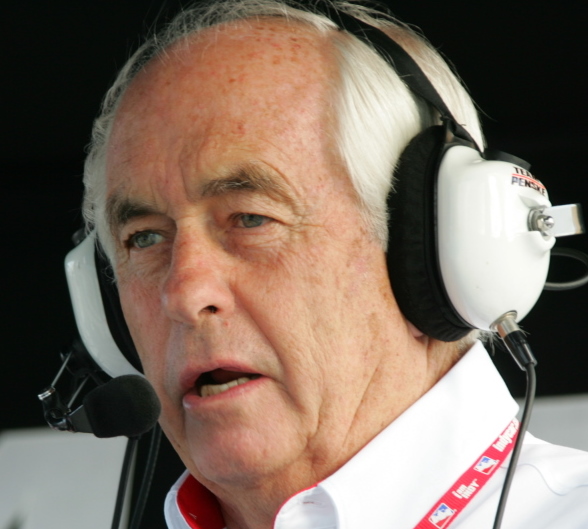 Tim Cindric, who had been the race strategist for the No. 3 Team Penske car driven by Helio Castroneves since 2000, has moved to the No. 12 Verizon Team Penske car for the Honda Indy Toronto race weekend and the remainder of the IZOD IndyCar Series season.

The move, proposed by team general manager Clive Howell, is simple: Will Power, who's in the championship hunt, has had some inconsistencies in the pits in recent races and would benefit from Cindric's leadership.

"Before we started running three cars, and even when we were running a partial season with three cars, Clive is the general manager of our organization and it really gave us a lot more depth when he was concentrating on those duties while the cars were running," said Cindric following the initial practice session in which Castroneves was second quick (1 minute, 1.632 seconds — 0.0640 of a second behind Franchitti) on the 1.755-mile, 11-turn circuit.

"When we asked him to run a car full season last year, it took that depth away. We sat down last week and we just talked about in the 12 car we've had a couple of issues and we're trying to run for a championship, I said it doesn't seem to be an one obvious thing that we can change; it's a matter of circumstance.

"He said it's not real important to me to call races, but if I was in your position as president of the company I would go down there and run the car yourself. That's not a negative. With your experience, that's where you should be. I thought about it because I obviously have a longtime relationship with Helio and I have mixed emotions about making the change."

Power, who has earned four PEAK Performance Pole Awards this season (all on the road/street courses) and has won three races, is 20 points behind front-runner Dario Franchitti of Target Chip Ganassi Racing entering the 85-lap race July 10. Their 2010 championship duel went to the season finale, with Franchitti prevailing by six points.

Power and Franchitti entered the Iowa Corn Indy 250 presented by Pioneer on June 25 tied for the lead. Franchitti finished fifth while Power suffered his first DNF of the season when the No. 12 car made hard contact with the Turn 2 SAFER Barrier on Lap 90. He was credited with 21st place. During the first round of pit stops, Power's car speared the No. 83 car driven by Charlie Kimball as they were exiting/entering their pit stalls.

John Erickson, who worked with Power in the past and has been the team's shop-based general manager, will be Castroneves' race strategist. Roger Penske will continue to be the race strategist for the No. 6 PPG Automotive Refinish Team Penske car driven by Ryan Briscoe.

"I asked Clive if he felt that moving to the 3 car would be the right move, because if we're going to make a change let's add depth to the organization, but he said John's been in this role before with us and has had success so let's do it that way," Cindric said. IndyCar