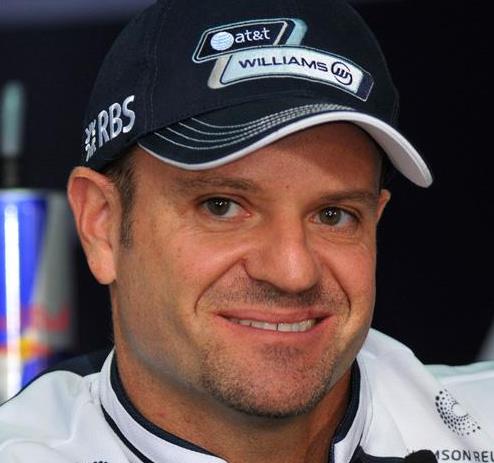 Vettel set to 'pootle' to 2011 title
(GMM) Sebastian Vettel at Silverstone asked reporters not to mention his 77 point championship lead.

Even with the effect of the FIA's blown exhaust clampdown still not fully known, the Red Bull driver is the overwhelming favorite to win a second consecutive title this year.

But when asked about his runaway lead on Thursday, the 23-year-old German insisted: "I don't know (what it is) so please don't tell me.

But McLaren's Jenson Button, who along with Mark Webber is Vettel's nearest points challenger, denied it is a situation that will be making the reigning world champion nervous.

"I think if I were in that position I could sleep, wouldn't you?" said the Briton. "He doesn't really need to play any mind games, does he?

"If he wanted to, he could just pootle around, pick up the points and be fine. His lead is massive," insisted Button.

Ferrari's Fernando Alonso agrees that 2011 is close to being game over.

"If he hadn't made mistakes in China and in Canada, he would have won eight races out of eight. His Red Bull is the most dominant car of all time, possibly more so than Schumacher's Ferrari in 2004," La Gazzetta dello Sport quotes the Spaniard as saying.

Said former F1 driver Jos Verstappen in his De Telegraaf column: "We can only hope now that the fight for second place is good."

Another veteran, Mika Salo, told Turun Sanomat newspaper: "Vettel can't be stopped now. No chance, not with a car and self-confidence as strong as that."

No early track debut for Williams-Renault reunion
(GMM) Williams will not be getting an early taste of its 2012 power plant.

But Renault Sport F1 chief Jean-Francois Caubet played down speculation the new combination will get a head-start on the test track.

"Our philosophy is staying the same," he is quoted by France's autohebdo.fr. "We will probably not test before the end of the year, but early next year instead."

Caubet also revealed that the Williams deal has been on the cards for some time.

"We were in discussion since last season but it was impossible to complete the agreement until now. We were about to sign before the arrival of the V6 (regulations), which delayed us a bit more," he added.

Barrichello not ruling out team switch for 2012
(GMM) Rubens Barrichello has admitted it is not a foregone conclusion that he will stay at Williams next year.

The Brazilian veteran recently admitted he would like to see in his fortieth birthday next year with a third consecutive season at the famous British team.

He is also buoyed with news of Williams' engine supplier switch from Cosworth to Renault for 2012 and beyond.

"It's good to have a powerful engine behind you and I'm convinced that with Renault we will take a quantum leap," Barrichello is quoted by Tuttosport.

"But the team needs to show their interest just as I am showing mine, and then we can agree.

"I do not exclude the prospect of switching to another team, if Williams doesn't offer me a reasonable solution. But it's not a priority," he insisted.

Barrichello has contested more than 300 grands prix, and 2012 would be his nineteenth consecutively in F1.

"If there are other people willing to have me next year, and Williams do not want me to continue with them, then yes, I would look elsewhere," he admitted.

That is the suspicion of Nick Heidfeld, who admits to wondering why the team's management has been so publicly outspoken in its criticism of the FIA's mid-season move.

"Maybe they suddenly found that they will lose more than they thought at first," the Renault driver is quoted by Auto Motor und Sport.

The German report said Red Bull, as well as its engine supplier Renault, have fought tooth and nail with the governing body over the issue, arguing until mere hours ago about just how comprehensive the FIA clampdown should be.

"I do not expect much, really," the Spaniard is quoted by Diario Sport. "They (Red Bull) have a very elaborate the efficient package that will go well on all tracks and in all conditions."

Mateschitz, the billionaire owner of the famous energy drink, told Kronen Zeitung newspaper that all the rumors have been "completely false".

With Mark Webber likely to ink a new deal for 2012, Austrian Mateschitz indicated that any future candidate for a Red Bull seat will be picked from the company's own talent pool.

"Only when we have no one appropriate from our own pool would we consider one of the guys in question," he said.

Mateschitz may have also been referring to Hamilton's McLaren teammate Jenson Button, who in the last 24 hours has also been linked with a move to Red Bull.

A source told The Sun: "In some ways his bosses think he is doing a better job than Lewis."

Button however said his future is not currently on his mind.

"You think I want to sit over a contract for the next three days? This is an important weekend," the 2009 world champion said at Silverstone.

Mixed reaction as F1 checks out new Silverstone
(GMM) Not everyone is impressed with Silverstone's new pit and paddock complex.

For 2011, the famous Copse corner is no longer at the start of the lap, with the new 'Wing' buildings and pitlane making their grand prix debut this weekend.

Agreed Nick Heidfeld: "I liked it before and don't understand why it had to change."

The German report said the new media centre is "a windowless bunker", and Brazilian journalist Livio Oricchio agreed: "As at Spa, we can't see the circuit. It makes no sense."

There is also a ten-meter stretch of grass between the garages and pitlane and the pitwall. "We could play golf on it," laughed Rubens Barrichello.

David Coulthard also pointed out a "major oversight" in the design of the pitlane.

"The architects in their wisdom designed it lower than the pitwall so the fans in the grandstands may not be able to watch what is happening in the pits," he wrote in his Telegraph column.

As for the new turn one, however, the drivers are mainly happy.

"Before, we had a flat out corner after the start and by Beckett's the field was already pretty well sorted for the first braking," said Lewis Hamilton.

"Now we start with two quick corners but enough space for two cars side by side, and the first braking is much closer to the start. So I expect some position-changing when we're braking for turn 3."

Rookie 'Rickardo' hopes to qualify for debut
(GMM) Daniel Ricciardo joked to a Spanish reporter that he did more interviews on Thursday than in his entire life until that point.

The Red Bull-backed rookie is making his grand prix debut this weekend, causing some commentators to hurriedly wonder why Australian media generally pronounce his surname 'Rickardo'.

"I guess that growing up in Australia, to try and get people to say it as the Italians would, to roll the r and give it the expression, it doesn't really come out the same way," said HRT's new race driver.

"In Italy, as my father is Sicilian, they will say Ricciardo or however an Italian would say it, probably. I guess the Italians are more than welcome to say it how it probably is meant to be said."

Arguably a bigger concern for Ricciardo is – having never driven the 2011 Hispania previously – satisfying the 107 per cent rule on Saturday with a car that failed to qualify in Melbourne.

"I don't expect it to be the Red Bull that I drove in Abu Dhabi for the junior tests, but Tonio (Liuzzi) has done a good job this year so if he's able to qualify then I hope I can too," he answered.

"It (not qualifying) hasn't even crossed my mind."

Virgin steps could convince Glock to stay
(GMM) The decision to tie-up with McLaren and enter a wind tunnel might have convinced Timo Glock to stay at Virgin in 2012.

The German driver has had a frustrating season and a half with the struggling 2010 start-up outfit, but Virgin recently split with designer Nick Wirth and ended the policy of building its cars exclusively with computer modeling.

He also said he will try McLaren's state-of-the-art driver simulator "as soon as possible".

Asked if the developments could affect his plans for 2012, Glock smiled: "It is quite possible."

As for any hope of a dramatic improvement when the McLaren tunnel program begins, he explained: "Unfortunately we have the two week summer break coming up, where the factories are closed."

And Wirth's scheduled Silverstone development has been called off.

"Maybe we'll do something for Singapore," said Glock. "This is still not decided.

"Only if we find something in the straight line testing or the wind tunnel that can be a big step forward without much effort, we will act now. Otherwise, I do not expect any big jumps (this year).

"Our direct competition, unfortunately, is already far ahead."

Although the pair have patched up their personal relationship, McLaren driver Hamilton – guided into F1 and through his championship year by his father – is no longer managed by Anthony Hamilton.

Moss, 81, said he is concerned with Hamilton's current behavior.

"I am very concerned about him because I think he is an enormous talent," he told the Daily Mail.

"It would appear to me that his persona has changed since he moved away from being with his dad," added Moss, referring to Anthony, who now manages Force India rookie Paul di Resta.

Hamilton has been under fire in 2011 for on-track driving incidents and the way he has reacted to that criticism.

"I quite understand it is the bravado of youth and all that, but it is pretty dumb and he is not dumb," Moss insisted. "You can't be a world champion if you are stupid."

Hamilton's teammate Jenson Button declined to weigh in on the 2008 world champion's situation.

"He will always be quick. It is about whether he is happy within himself and that's for him. I see him when we do events and when we are at the circuit (but) I don't sit down with him as friends," he said.

Mercedes team boss Ross Brawn triggered the speculation two weeks ago when he revealed at Valencia that German Schumacher, 42, has the power to return to retirement at the end of the season.

"I've always had the option to stop at any moment I wanted," the seven time world champion told reporters at Silverstone.

"I'm here for a fixed target, a three-year program, and that is what it is."

Schumacher acknowledged that his return to formula one has not always been smooth and that there is room for improvement.

"But I aim for an achievement and a fixed time. In all my first 16 years of F1 I always felt that I constantly developed, maybe in smaller rates than you do initially. And so I do now," he added.