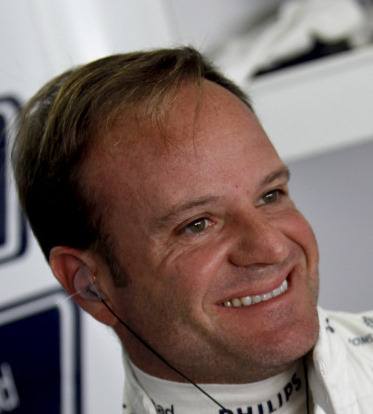 Rubens Barrichello says he is ready to sign a new contract with Williams for 2012 on the back of the team's switch to Renault engines. The Brazilian says that the raft of technical changes made at the team over the past few months, which includes the arrival of Mike Coughlan, plus the change of power plant, have lifted spirits and made him keen to stay on.

When asked if the new situation at Williams has increased his motivation to sort out a new deal, Barrichello told AUTOSPORT: "Yes, it does.

"My intention was always to be driving next year and more. Like everything, they can see that I am pushing very hard. I am still losing weight. I am still pushing the team to its limits. The car is not good but I am still keeping my motivation. So they have everything from me.

"It is good to see that things are changing because everyone's spirits are high. Of course I want to be racing next year and hopefully with them."

Williams chairman Adam Parr dropped a hint that the team too was keen to keep Barrichello on the back of the speed and technical input that the Brazilian has delivered this year.

"I am very keen to keep him on board for next season," explained Parr.

Barrichello says that the feeling at Williams now is a world away from how it was at the beginning of the campaign – when the Grove-based outfit encountered its worst ever start to an F1 season.

"It is very different," he explained. "I've already talked to Mike Coughlan and talked to a lot of people. I will have a good conversation this week with the new aero guys as well. You can see it is making a difference.

"The guys are working hard. They are not happy to be where they are, and we should not be where we are in a way. It was very frustrating to drive the car for the first time this year, that it did have the grip sometimes but not the ultimate grip, so we did not make that step forwards.

"Hopefully now with a Renault engine, it has all little tricks it is light, it is drivable, it is so much of a good thing in the back. And that it will help the team go forward."

He added: "You can see some light at the end of the tunnel, that is all I can say. I am not here to make up the numbers and I am not here just to go around in circles. I have had enough of that. I just want to have a car like a Brawn season to give me what I deserve to have and the team is in a prosperous situation. It is going in the right direction."

Although the switch from Cosworth to Renault for 2012 in itself will not bring a dramatic step forward in performance, Barrichello believes that psychologically it is an important move for the team.

"Not just for us, but for the mechanics, for the engineers, for the boys at the factory – at the end of the day they just feel, 'wow'.

"They know less than we do, so what this means to them is quite huge. They think, 'wow, we won in the past with Renault so we can win again,' You need the motivation from the factory that goes around and around, and it is a cycle that pushes you to the very top. Psychologically it is a very big thing.

"The team put some brave moves on things, and I am proud of that. It is what we need. You might say, okay this is a bit too late to start a program or so on, but there is a good project going on already and so whenever the new guys come in, I am pretty sure that they will change the attitude of the wind tunnel. That is what we need and possibly we are going to gain from there."

Barrichello also reckons that he could gel well with chief engineer Mike Coughlan following his first sit-down meeting this week.

"He is a very serene, easy going guy. He took all the notes from what I said. It was a good conversation and we stayed together about three hours. And so, it was a good getting together.