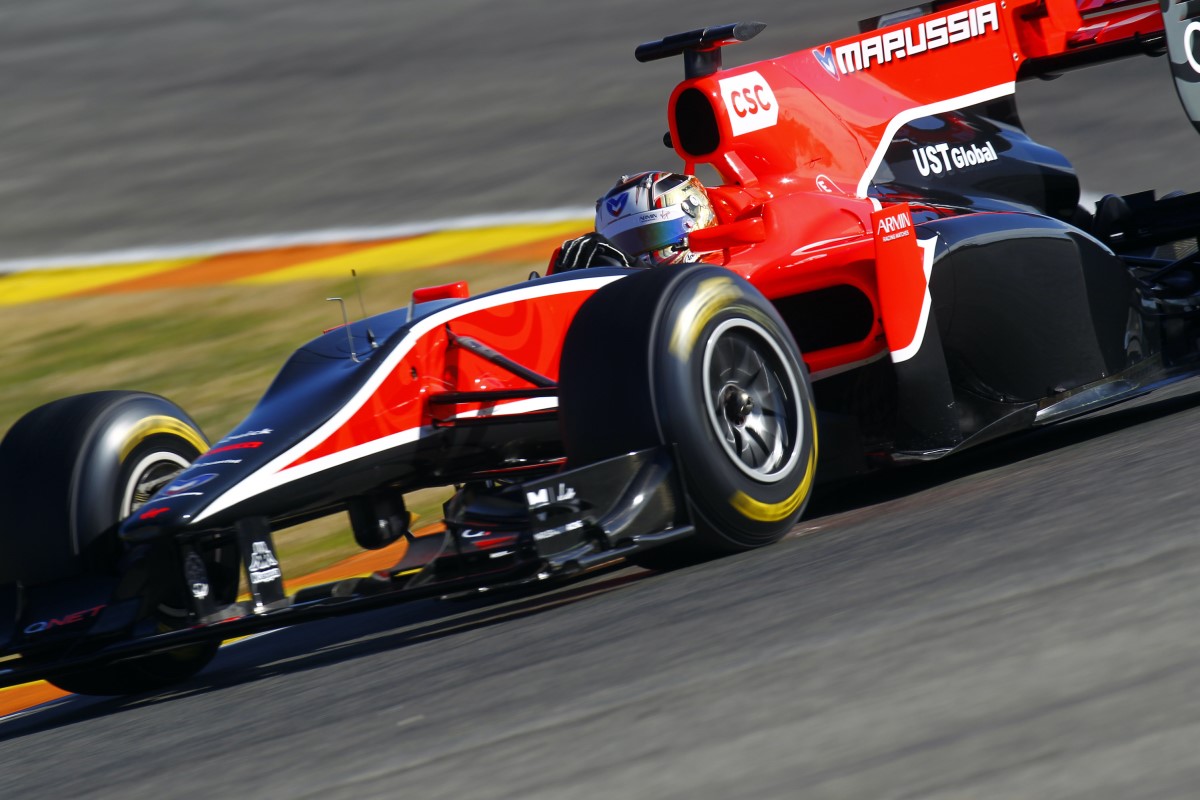 Cosworth Group would like to extend its congratulations to Marussia Virgin Racing following this morning’s announcement of its long-term Technical Partnership with McLaren Applied Technologies and acquisition of the Formula One business of WRT.

As a result of this tie-in, Cosworth is looking forward to working with Marussia Virgin Racing and McLaren Applied Technologies to optimize the benefits of this new partnership and help the Anglo-Russian team achieve its goals in Formula One. Cosworth has worked with Marussia Motors on its road car program since September 2009, and was instrumental in introducing the company into its initial partnership with Virgin Racing.

Cosworth is therefore pleased to be part of this exciting new phase of the Marussia Virgin Racing program, announced ahead of the ‘home’ Grand Prix at Silverstone this weekend for both Cosworth and the team.

Cosworth’s General Manager F1 Business Unit, Mark Gallagher commented: “Cosworth is looking forward to a close working partnership with Marussia Virgin Racing and its new supplier McLaren Applied Technologies to ensure a highly competitive, fully integrated powertrain solution for the team moving forward. Today’s announcements show the team’s firm intent to make progress up the grid and Cosworth is pleased to be playing such a key part in the next exciting chapter of Marussia Virgin Racing."

07/04/11 The Marussia Virgin Racing team has signaled the seriousness of its intent to become a real contender in Formula One with two major announcements that represent an exciting new chapter in the team’s development.

Firstly, Marussia Virgin Racing has concluded a long-term Technical Partnership with McLaren Applied Technologies which will see the Anglo-Russian team benefit from access to McLaren facilities, knowledge and capabilities, for example their test rigs and driver-in-the-loop simulator, supply chain experience and CFD and CAE techniques including race strategy tools.

While Marussia Virgin Racing continues its commitment to CFD as a technology, in order to progress at the rate of development required to achieve its racing ambitions the team will use every means available to improve the aerodynamics of its Formula One racing cars, including access to the McLaren wind tunnel.

The Technical Partnership will also see McLaren management and production staff embedded within the team, working in roles permitted by the Concorde Agreement.

The team is also delighted to announce that it has acquired the Formula One business of WRT, its former technical partner, including WRT’s leading-edge technical centre in Banbury, Oxfordshire, UK. The Banbury premises will continue to be utilized by Marussia Virgin Racing for the next two years, during which time the team will progress its plans to develop a tailor-made new facility more suited to the team’s long-term tenure within the sport and allowing the team to come together under the same roof.

In the consultancy position that he has occupied since February 2011, Pat Symonds has played a major part in determining Marussia Virgin Racing’s future technical direction and he will continue in this role going forward.

Andy Webb, Chief Executive Officer of Marussia Virgin Racing, commented:
“When we undertook our detailed review of the team in the first half of 2011, it was clear that our bold ambitions for the future would need to be matched with some equally bold steps towards achieving them. I am delighted that in a relatively short space of time we are now in the fantastic position of being able to make these two very important announcements, which will enable us to make some dramatic strides forward with immediate effect.

“Our Technical Partnership with McLaren is very exciting indeed. McLaren is one of the most prestigious and successful marques in Grand Prix racing history, with an enviable record of success over many years. We can benefit enormously from McLaren’s far-reaching techniques and capabilities and I have no doubt that this Partnership will see us take the technical steps necessary to make a significant leap forwards.

“In addition, our acquisition of the WRT Formula One business ensures continuity of technical infrastructure for the period ahead, which means that the transition to working with our new technical partner can begin immediately and is not frustrated by logistical considerations. Our three-centre operation has served us well in our formative years but our ambitions for the future will rely on the full might of the team coming together under one roof.

“With Pat Symonds’ continued involvement in the technical program, we are confident that we have made all the right moves towards a successful future for Marussia Virgin Racing and we now head into one of the most important events for our team, the British Grand Prix, with renewed confidence and a great deal of excitement about the future."

"Under the terms of this Technical Partnership, Marussia Virgin Racing will be able to access McLaren's wind tunnel, simulator, rigs, and fitness and wellbeing programs.

"These properties are state-of-the-art, and we confidently therefore expect Marussia Virgin Racing to derive significant benefits from them.

"During the period in which we were agreeing this deal, our experience of dealing with Andy [Webb] and his team was extremely positive and we recognize that he and his colleagues are very serious about making developments that will lift the competitiveness of their cars over the coming months and years.

"We wish them well."