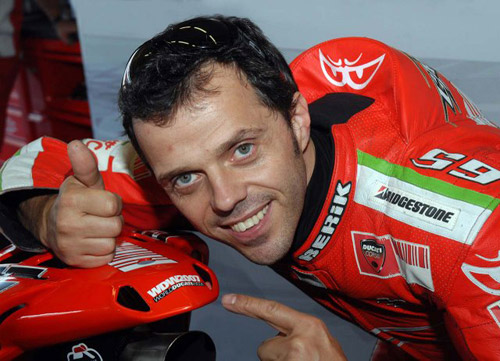 The Pramac Racing Team has officially confirmed that Loris Capirossi will be sitting out of his home Italian Grand Prix this weekend. Having already missed Assen after dislocating his shoulder in qualifying at the Dutch circuit, a Tuesday medical check-up confirmed fractures for the ninth and tenth ribs and distortion of the AC shoulder joint.

“I'm obviously very disappointed and angry," says the 38-year-old from Bologna. “I was hoping I could do to get on-track for this race, but (the injuries) forced me to raise the white flag for the first time in my career for Mugello.

“I'm sorry for the many fans who will be at Mugello, the track to which they are emotionally closest. I have many fond memories of this track and I wanted to turn my season at this circuit.

“Now I will have to rest, sit still for at least two weeks and try to get back on-track as soon as possible."