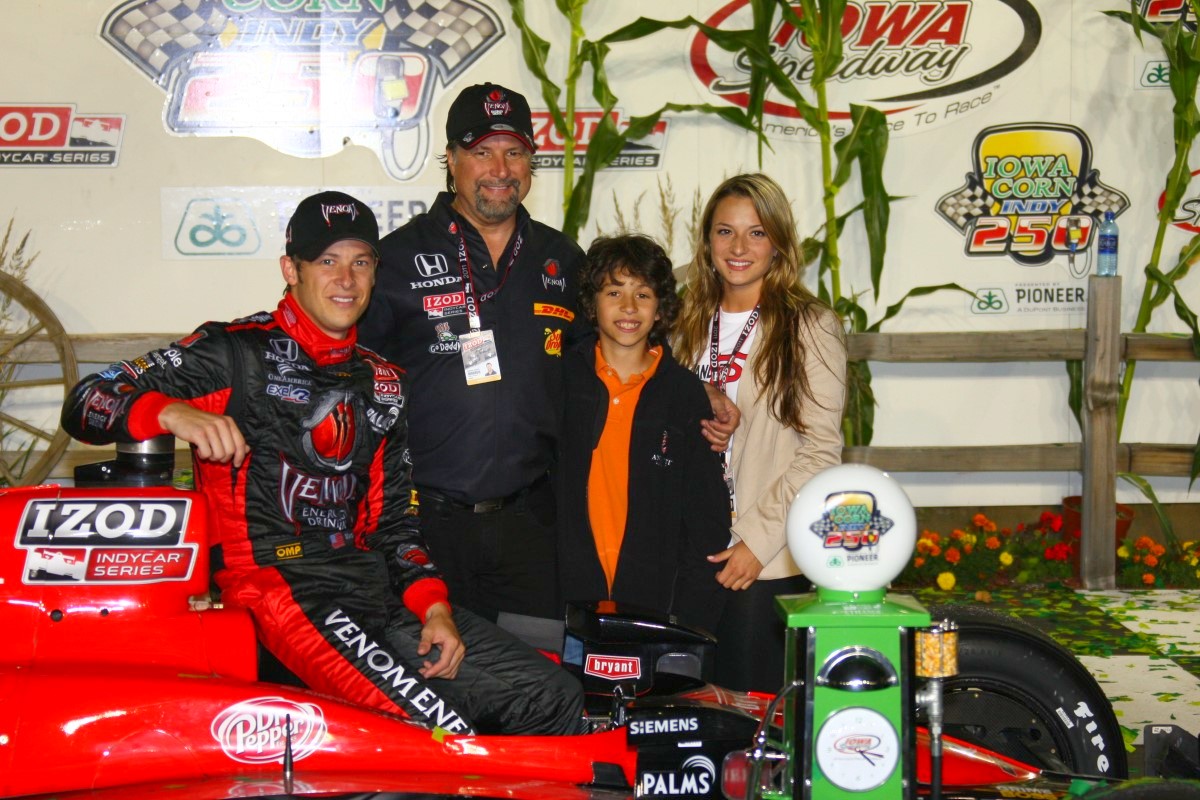 The knock, however, has been what had the four-car team led by Michael Andretti done lately.

Earning the series championship and winning the Indy 500 in '07 with Dario Franchitti, the team collected four victories and 57 top-five finishes (of 58 collective races among seven drivers) the succeeding three seasons. In the first half of this season, Andretti Autosport already has equaled its Victory Circle appearances of 2010 and '08.

Marco Andretti's exciting duel with former teammate Tony Kanaan to the checkered flag in the Iowa Corn Indy 250 presented by Pioneer under the lights June 25 at Iowa Speedway, in which he prevailed by 0.7932 of a second, followed up Mike Conway's win in mid-April on the streets of Long Beach.

"It was a big win for us for sure," said team owner Michael Andretti, who has 42 Indy car victories on his ledger. "I think a lot of people were really pounding on us and thought we were down and out, but I can tell you this team has got tons of fight in it and we are never out."

On the .875-mile Iowa Speedway oval, Andretti started 17th and weaved through traffic to move into second behind Franchitti with a Lap 152 pass of Takuma Sato. He overtook Franchitti two laps later. A determining factor to remaining up front, and setting up the race to the finish with Kanaan, was a Lap 184 pit stop when Andretti's No. 26 Team Venom Energy car charged out ahead of Franchitti's car. Andretti and Kanaan exchange the lead in the final 47 laps, with Andretti grabbing the point for good on Lap 232.

"I'm happy for all the Venom guys; they did a great job," Michael Andretti said. "The last pit stop they brought him out P1. They did it when we needed it. It was just really truly a team effort, and Marco drove a hell of a race there in the end. He was beating the best. He had Tony out there, he had Dario, (Scott) Dixon and he drove very well there in the end.

"I'm just so happy and relieved for (Marco). There's been a huge monkey on his back, and it was on mine, as well. There was just a lot of pressure on us, him as a driver, me as an owner, because of some of the past things that happened at Indy and stuff. So to come back and win like this, it was just a great, great day."

In the nine races, its lineup of Danica Patrick, Ryan Hunter-Reay, Conway and Andretti have amassed four top-five and 12 top-10 finishes. Patrick posted her third consecutive top 10 in the No. 7 Team GoDaddy car after starting on the front row, and Hunter-Reay started and finished eighth in the No. 28 Team DHL/Circle K/Sun Drop Citrus Soda entry.

Andretti gained four positions in the standings to eighth with the win.

For the third-generation Indy car driver, the 78-race gap between victories (Aug. 27, 2006 at Infineon Raceway as a 19-year-old rookie) was a rocky road of racing experiences and maturation.

"We've been in a position to win a lot of races and we've come up short," said Andretti, who had three runner-up finishes between wins. "I never doubted the team, never doubted myself. I always said as soon as the stars were aligned and a little bit of luck goes my way that we'd be sitting here.

"I think it's just the drought, so to speak, just made me appreciate what we have here in IndyCar racing. From the drivers to the teams, it just makes us appreciate being here that much more because we know we beat those guys. The competition is unbelievable."