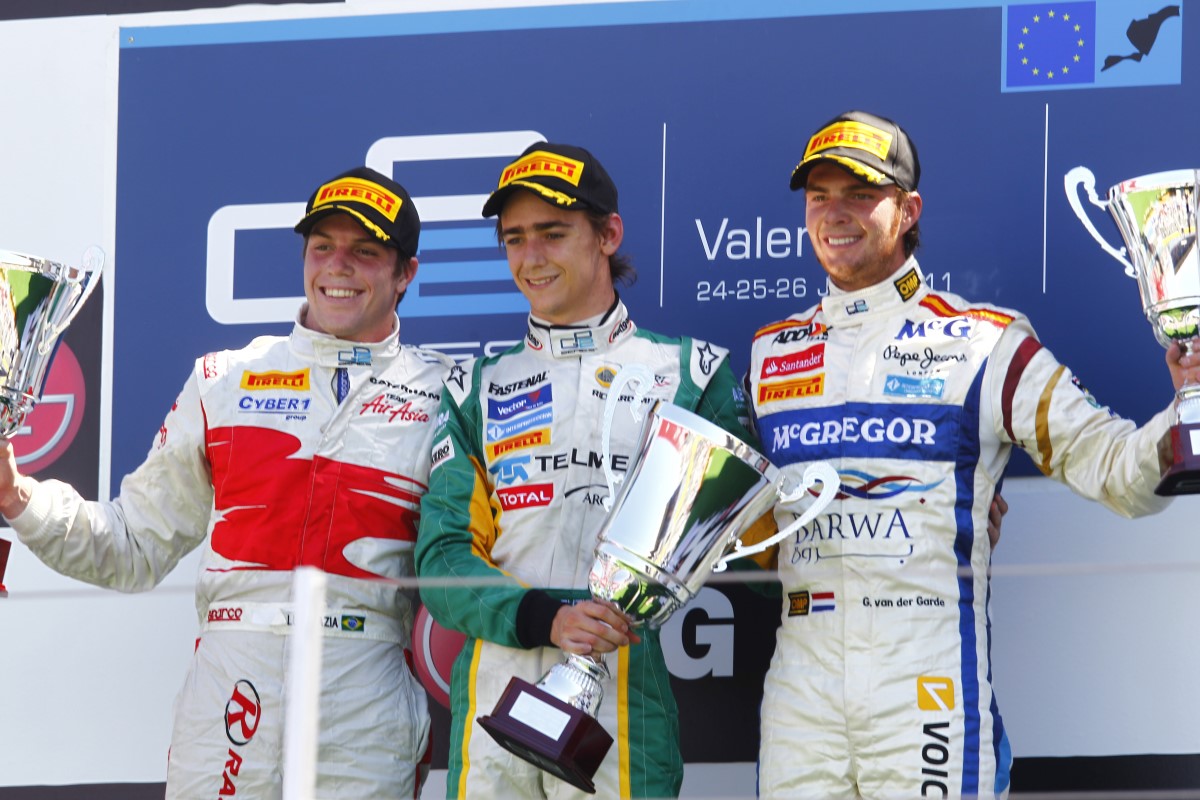 Esteban Gutierrez has taken his first GP2 victory with an effortless display of raw speed to dominate this morning's sprint race in Valencia, claiming the win by almost 13 seconds from Luiz Razia and Giedo van der Garde.

The Mexican's biggest effort came at the start: he followed poleman Josef Kral off the line and was briefly side by side with Razia but held his nerve to hang onto P2. Behind the top three Sam Bird had made a good start but was hit by Romain Grosjean at turn 3: the Briton was forced to limp back to the pits for repairs while the Frenchman spun on his own at turn 5, leaving Rodolfo Gonzalez and Charles Pic nowhere to go but into (or over) his stricken car.

The inevitable safety car was only on track for one lap as the marshals quickly disposed of the broken vehicles: the restart by Kral was solid, but when he braked too late at the tight turn 4 Gutierrez and Razia were through and gone in a heartbeat, and soon had van der Garde and Clos to worry about. The pair went through the Czech driver at the hairpin next time through, but the lead pair were already gone.

The race now settled into its rhythm, with Gutierrez pulling away inch by inch and van der Garde pushing hard for the opportunity to catch up to title rival Grosjean's points haul. On lap 14 Kral's misery continued when he spun out of the race just before the bridge, cancelling in a second any chance of turning around his torrid weekend here last year.

And when the checkered flag dropped all eyes were on Gutierrez, who was visibly overjoyed to claim his first win in GP2. Razia held on from a late race charge to lead van der Garde across the line by a second, with Davide Valsecchi easing past Dani Clos at the end of the rear straight in the closing laps, and the Spaniard just holding off Michael Herck at the line for fifth place.

Despite his difficult race Grosjean holds onto the lead in the driver's championship by a point from van der Garde, 34 to 33, with Valsecchi 3 points back on 30 ahead of Bird on 27 and Pic on 24, while Addax leave their home circuit with a comfortable lead over Team AirAsia, 57 points to 41, with iSport in third on 35 points, one ahead of Dams.