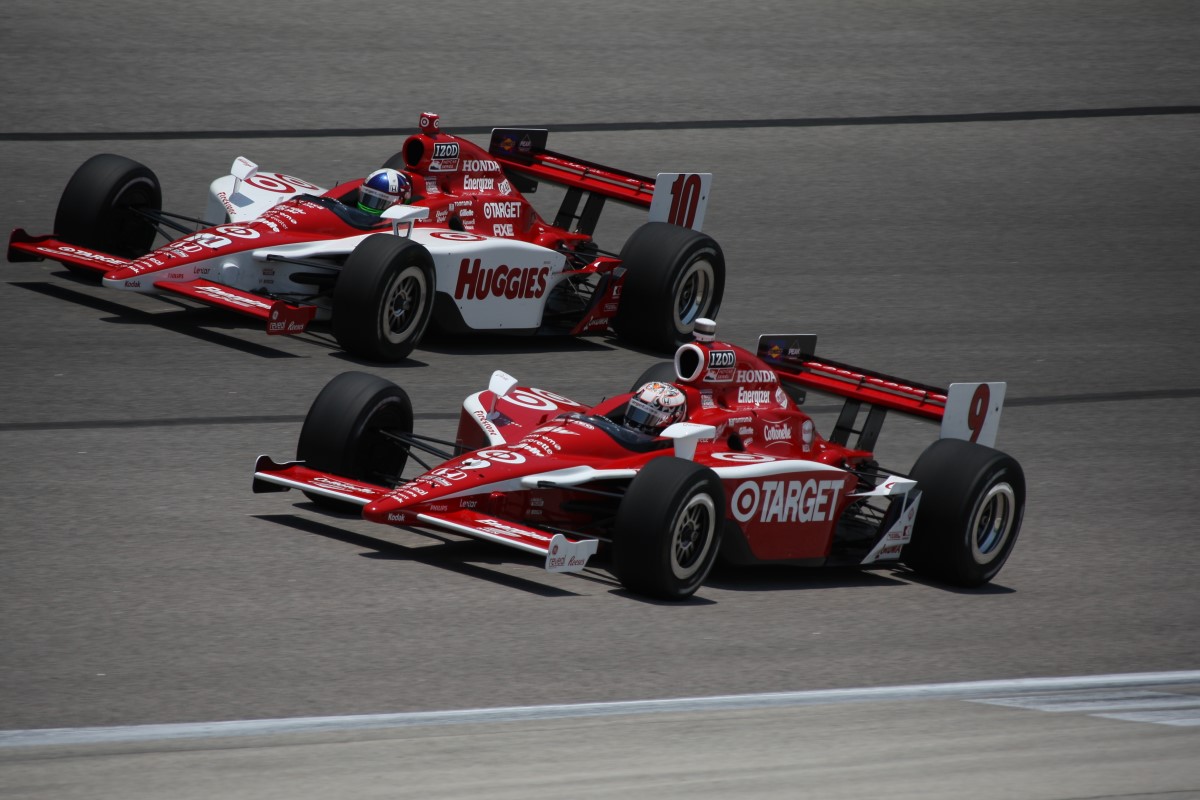 Reigning IndyCar champion Dario Franchitti is fuming at what he says what as unfair system at the Firestone Twin 275s in Texas.

The controversy over the bizarre qualifying format marred Australian Will Power's maiden IndyCar win on an oval-course, but the Australian displayed exemplary sportsmanship in the post-race interview as he expressed solidarity with his title rival.

That draw saw Will Power start third for the race in which he claimed his maiden oval-course win, while title rival Dario Franchitti started 28th, and fellow rival Scott Dixon started 18th.

Franchitti recovered for seventh, and Dixon for second but said the race was the worst case scenario for his team.

"We got hosed tonight, and if we lose the championship by that many points, I'll be pissed off," the Ganassi driver said.

"We should never have been in that position to start with. To have a championship round of the IndyCar series and draw the grid positions is a total joke. We started 23 places behind Will.

"Will took advantage and did a great job, but through no fault of myself or the team we've got that great handicap.

"There are enough variables out there, we don't need to be throwing dice to determine grid positions, that made me mad.

"I'm sitting there thinking ok I won the first race, but my emotion is just pissed off at the hand I was dealt tonight."

"Will and I were talking about it, and I think we had similar feelings before the race. If they inverted it, I'd have been two races worse off. I'd have been fine with that because we'd all be in the same boat and the fans would have probably got a better show, because Will, Myself and Dixie [Dixon] would have all been fighting our way to the front.

"That takes out that complete element of chance which we don't need," Franchitti concluded, drawing support from Will Power.

"In a closely fought championship you just can't have that. If it comes down to five points at the end of the year Dario will look back at this race and say 'well if I started where I should have I'd have those points'.

"I think that was definitely unfair for Dario, and for Scott, and for anyone who is a championship contender. For him to start in 28th spot, and me in third is just unfair," Power said.

Scotsman Franchitti says there is a fine line between sport and entertainment.

"It's a sport. It's entertainment too but you have to balance the sport and entertainment aspects. Trust me it would have been plenty entertaining if we'd all been starting at the back. It's not a good situation.

"To have this win here in Texas in front of this great crowd – I should be celebrating that."

Both drivers suggested running the second race for no points and a $1million prize pool if IndyCar persists with the grid lottery format, while Franchitti credited teammate Scott Dixon with an even better idea.

"He said we should get a point for each car we pass. Not bad for a daft Kiwi hey?" Fox Sports