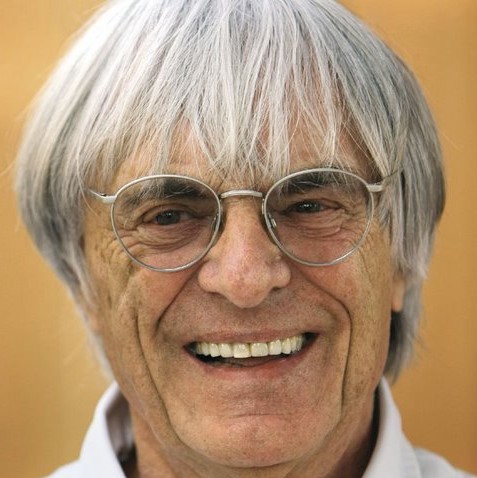 …….So how is it that the Texas Legislature appropriated $25 million to give to British monopolist Bernie Ecclestone as an annual fee to allow an annual Formula One race in Austin? He controls Formula One racing, purportedly the globe's largest spectator sport after soccer. The plan is to pay Ecclestone every year for a decade, which amounts to a cool quarter of a billion dollars transferred from Texas taxpayers to the head of Formula One.

Texas cannot afford its current roster of teachers, but it can afford Ecclestone's monopoly fee to license an automobile race? It can afford a subsidy of $41.66 for each of an estimated 300,000 fans, supposedly nearly all from outside Texas, to attend an annual road race? And yet it cannot afford the 300 or so teachers whose pay and benefits come to $25 million per year?

The race fee is part of a growing list of Texas subsidies to major entertainment events. Since 2004 those subsidies have ballooned as the controls have become weaker.

The Formula One subsidy gives up all pretense of promoting actual economic development, no matter how much the beneficiaries claim otherwise. Statements by Texas billionaire Red McCombs and his associates that the Formula One race will generate a pot of added tax revenues paid by people coming into Texas for the event are, to be polite, pure fantasy.

McCombs and crew claim they are building more than a racetrack. They promise rock concerts, motorcycle races, and a sprawling research center – the last for sure an invitation for public funding.

They also claim that on race day, 130,000 people will be in attendance and that 97,500 of them will come from outside Texas. McCombs, who knows numbers well enough to have earned his way onto the Forbes 400 list, states as fact that these fans spend on average $220 each day on food and beverages. Wow! Double wow! The top-end Austin restaurants must be salivating at the prospect of that kind of spending.

There is just one little, teensy-weensy problem with this. People who spend $220 a day on eating and drinking tend to like nice hotels, what the lodging industry calls "amenity-filled" hotel rooms. Austin has only 6,000 such rooms, according to the Austin Convention and Visitors Bureau. So even if every one of those rooms is occupied by a couple, where will the other 85,500 out-of-town guests sleep?

Austin does have another 24,000 less elegant hotel rooms, from budget inns to fleabags, but even at two to a room that leaves about 35,000 fans sleeping in their SUVs and sports cars or driving an hour to San Antonio to find a room for the night.

And have I mentioned the traffic congestion from tens of thousands of imagined cars getting to the racetrack just south of Austin's airport? And the screaming whines of Formula One engines scaring the horses and children on neighboring parcels all race weekend long? And the need for taxpayer-financed water and sewer mains?

But that is hardly the worst of it. Robert Woods, the state comptroller's official in charge of the event giveaway money, told me that the state does not actually try to measure whether an event brings in extra tax dollars from visitors. "Basically we just skim off the money," he said when I asked how the state established a baseline.

Skimming a quarter of a billion in one American city, population less than 660,000, is quite a trick. That is nearly $1,000 per Austin household going to the British monopolist, with no evidence that it is anything but taking from existing revenues.

Other numbers used to justify the Circuit of the Americas project also show McCombs and crew are just making things up. Figures provided by Christian Sylt, who publishes Formula Money, a global newsletter on Formula One finances, indicate that the track will cost $14 million to $22 million per mile. Arkansas, Florida, and other southern states say building a road of comparable width costs no more than $6 million per mile in rural areas like the undeveloped brush land near Austin where the racetrack is planned.

And while the three-mile track has special surface materials, it is not built to carry the load of, say, tractor-trailer rigs with a gross weight of 90,000 pounds. Formula One racers weigh about 1,500 pounds. How about a referendum on taxpayer subsidies for a road that will get less annual traffic than a suburban cul-de-sac at a cost of as much as $22 million per mile?

And the claim that the majority of race fans will come from outside Texas, bringing in the dollars they spend? The British Formula One race draws an audience that is 95 percent British.

And then there is the economic problem. Americans have yet to show much of an interest in Formula One, no matter how well it plays in Monte Carlo. Formula One has been a disaster for taxpayers everywhere it has been tried in America. Long Beach, Calif.; Detroit; Indianapolis; and even Watkins Glen in the Finger Lakes region of New York, where a dedicated racetrack was built, all failed to attract an audience big enough to sustain the enterprise. Formula One just has not interested many Americans.

But if McCombs and Ecclestone can get a dedicated funding source, they can expect the money to just keep flowing. As difficult to stop as Medicare, Social Security, and school property taxes are, they involve big dollars and gets lots of public scrutiny. But a dedicated source of Texas taxes to give to a British monopolist? That is likely to receive much less attention from those obsessed with cutting spending.

Creating a dedicated tax for anything makes it hard to kill or even cut. For society that can be a universal good. For Ecclestone and McCombs, it is just another way for the rich to avoid the rigors of market competition. niemanwatchdog.org