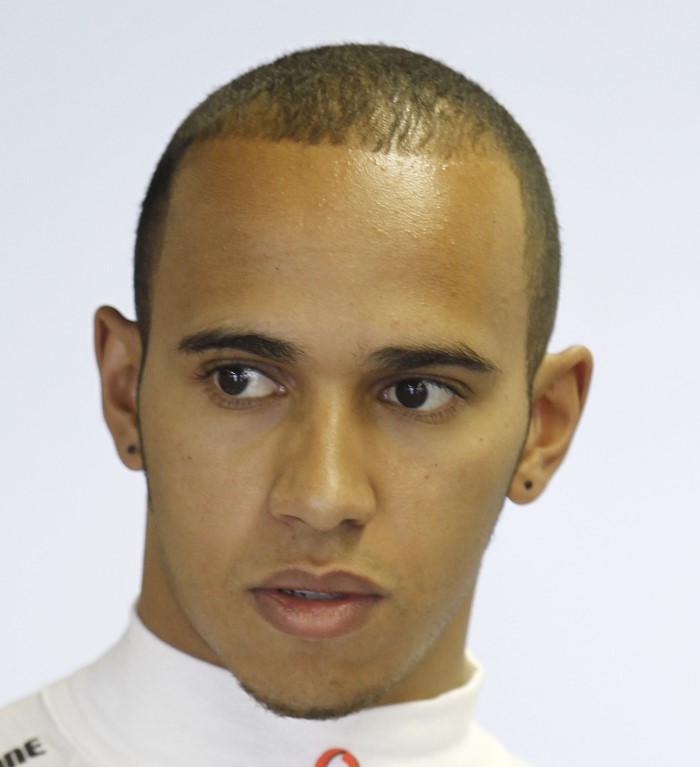 Bahrain official slams 'shameful' F1 backflip
(GMM) Bahrain has hit out at Bernie Ecclestone's claim F1 can "of course" not return to the kingdom this year.

The government was delighted less than a week ago when the FIA World Motor Sport Council, including member and F1 chief executive Ecclestone, voted unanimously to reschedule the earlier postponed event to late October.

Ecclestone's about-face is apparently due to widespread opposition from the drivers and teams, as well as the sport's own rules about late schedule changes.

Referring to the 80-year-old's comments published on Wednesday, Bahrain chamber of commerce tourism chief Nabeel Kanoo said: "It is a shameful decision and smacks of hypocrisy.

"There was no reason to consider cancelling it," he told the Gulf Daily News.

F1 teams have been reluctant to wade into the political debate, arguing instead that their stance is due to having to postpone the December holidays of staff.

And Williams' chief executive Adam Parr told Reuters: "How do you say to people who have booked a two-week holiday in India to take in the grand prix, 'sorry you'll be in India but we won't'.

"We've explained out position and there's nothing more to talk about. It's just too late to change it."

Indian motor racing official Vicky Chandhok said the latest development, despite the official F1 website still showing a mid December date for the inaugural grand prix, will not affect Delhi's preparations to be ready for October as originally planned.

"We were working towards meeting the earlier deadline, and even when it was pushed back to December we didn't relax, so the return to its original date will pose no extra challenge," he told the Hindustan Times.

"I love Bahrain and would love to go back, but while there was no minimal guarantee we would find a situation of calm, we should wait a little longer for a new edition of the race," said the Brazilian.

Vettel recalls Canada 'sex club' memory
(GMM) Sebastian Vettel has revealed a few of his biggest memories of Canada after returning to Montreal for this weekend's grand prix.

In 2007, then a teenager, he was in the pits when Robert Kubica crashed heavily in the BMW-Sauber, leading to his grand prix debut in the US a week later.

Four years on, German Vettel has won 15 of his 68 grands prix, sat on pole 20 times and is the youngest champion in F1 history, and in 2011 is back in Canada as the runaway title leader.

But the next chapter was a catering strike during his first-class flight from Switzerland this week, meaning he had to eat his own home-made sandwiches.

"I'm not a fan of airplane food," laughed Vettel.

To Blick newspaper, he recalls the eve of his last-minute debut in Kubica's BMW in 2007.

"Yeah, the Sauber mechanics one night dragged me into one of these famous sex clubs (in Montreal)," revealed Vettel.

"When two girls got busy with each other right before my eyes, it was too much and I left!"

And he said that last year in Canada, someone stole his credit card.

"By the time I noticed and cancelled the card, the stranger had already had a $600 dinner with wine at my expense," laughed Vettel.

Economy not right for F1 tire war – Pirelli
(GMM) Pirelli is open to a tire war in formula one but doubts the economic climate is right at present.

"But this is not a question for the moment," he explained, six races into Pirelli's new three-year tenure as the sport's sole supplier.

"We are in formula one to serve the teams and at the moment there are no other suppliers. It would mean shifting the development and that would cost money.

"And that's money that, in the current difficult economic climate, no one wants to spend. Maybe that will change in the future, but currently we are only serving the needs of our customers," said Hembery.

He also acknowledged that this weekend in Canada, Pirelli's wet-weather tires might get their first real action of the season — particularly after a severe storm struck on Wednesday.

"Admittedly, we don't have as much experience with our rain tires as with the others," he said. "But that doesn't mean we're afraid of the water.

"On the contrary," insisted Hembery. "In Turkey there was a wet practice session and we got many valuable insights. Since then, we have even looked forward to our first rainy race."

Enraged at having yet more penalties imposed by the stewards during the race weekend, Briton Hamilton – the 2008 world champion – joked that "Maybe it's because I'm black".

Fearing a disrepute charge, the 26-year-old returned to the street circuit late on Sunday to apologize to the FIA, and made a further apology in writing.

"Lewis wrote to me and I wrote to him," FIA president Todt told British newspapers including the Guardian.

"I did not advertise it. It's between him and the FIA. I could have asked our judicial court to address the problem. We never officially opened the case.

"Maybe it would have been a better decision to put him to the court. To ban him for six grands prix. But he wrote to me and I wrote to him and the thing is over," added the Frenchman.

He showed the correspondence to selected reporters earlier this week, and it demonstrated that Todt rebuked Hamilton in his letter but insisted the matter is closed.

"I am trying to maintain a good harmony amongst everybody," Todt is quoted by the Telegraph. "I have tried to avoid controversy. I could have leaked the letter but it's between him and the FIA.

"(In Monaco) my office was next to the stewards. Every time I went to see them I avoided making any comment. For me what Lewis said was unacceptable but I didn't want to overreact."

In comments provided by his press office, the experienced McLaren reserve driver said the Circuit Gilles Villeneuve is a layout on which overtaking can usually be done "quite easily".

In 2011, the new 'DRS' adjustable rear wing system has debuted and for the Montreal race this weekend it will for the first time be deployed twice per lap.

De la Rosa, who has been working in recent days in the McLaren simulator, said Canada will be "extremely interesting for many reasons".

One reason is DRS, because its influence in Canada will mean teams take different approaches to setup.

"We will have cars with a variety of (top) speeds depending on the aerodynamic settings. With DRS everything has changed so we won't know if teams are opting to have a fast car for the straights or for the curves," said de la Rosa.

And the 40-year-old Spaniard predicted qualifying to play a minor role.

"This is the circuit where the importance of grid position is probably least, so it's better to concentrate on having a fast and consistent car for Sunday."

Renault test driver Bruno Senna agrees that predictions for the weekend are difficult.

"Our car has been consistently among the five fastest in a straight line," the Brazilian told Globo Esporte when contemplating the long straights of Canada.

"But downforce is essential, especially for the chicanes. Therefore, it will remain very difficult to tackle the cars that are aerodynamically the strongest, like Red Bull and McLaren," added Senna.

Webber admits struggle with Pirelli tire switch
(GMM) Mark Webber has singled out tires as the crucial difference between his stellar 2010 season and a drop of performance so far this year.

The Australian, famous in the paddock for refusing to roll out "a shopping list of excuses", was speaking from the St Lawrence river as he did a day of kayaking ahead of the Montreal weekend.

"You'll never find me fishing. I need to push myself," said the 34-year-old.

He has sat in the sister Red Bull in 2011 while his teammate and reigning champion Sebastian Vettel won 5 of the 6 races so far.

"I hope I can continue my momentum of encouraging results and I hope to get my first win soon," he told rds.ca, "because I was winning quite often last year."

Once again explaining his reluctance to make excuses, Webber pointed to the tires as a factor in 2011.

"They are very different and the drivers are very sensitive to that (change)," he said, referring to the switch from Bridgestone to Pirelli.

"It's like a golfer or a tennis player changing his equipment. When you're at this level and trying to gain an edge with tiny details, the small changes can make big differences.

"But it's up to the drivers to adapt," added Webber.

By the same media outlet, Vettel on Wednesday was asked what has made the difference for him in 2011.

"There is not one ingredient which, alone, turns the tide," the German insisted. "It is the details, the little things, that all come together to make a big difference."