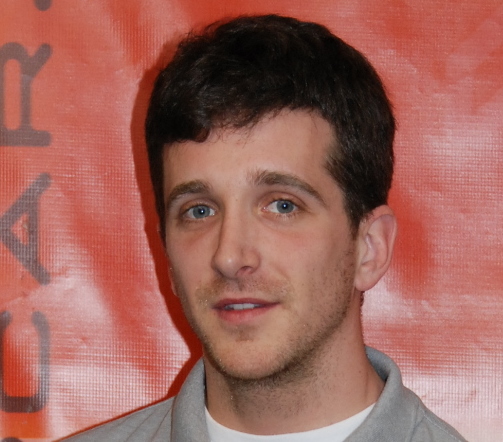 Tristan Gommendy (France – Girondins de Bordeaux) grabbed a superb pole position in a thrilling qualifying session in Assen at the opening round of the 2011 Superleague Formula Nations Cup on Saturday.

Gommendy, who was only confirmed in the Azerti Motorsports-run car earlier in the week, was left visibly emotional after beating Earl Bamber (New Zealand) in the final of the series’ unique qualifying knockout stages to secure the top spot on the grid for Sunday’s opening race.

Having made it past Frederic Vervisch (Luxembourg) and Antonio Pizzonia (Brazil) in the earlier rounds, Gommendy’s win in the pole shootout came despite Bamber leading in the opening sector of the lap, the Frenchman eventually overcoming his deficit to grab victory by 0.432 seconds.

For Bamber, a first pole shootout appearance and second on the grid for tomorrow’s opening race continues the youngster’s stunning start to life in Superleague Formula following his superb performances at the end of last season in China.

Home favourite Robert Doornbos (Netherlands) will start third on the grid after losing a very closely-fought semi final with Bamber, while Pizzonia celebrated his return to the series with a strong run to fourth.

Vervisch saw victory against Gommendy in his QF slip away after a big understeer moment in the final sector of his lap and will start fifth alongside Andy Soucek (Turkey – Galatasaray) who was beaten at the same stage by Bamber.

Neel Jani (Belgium – RSC Anderlecht) starts on the inside of row 4 after falling victim to Doornbos in the quarter finals while Yelmer Buurman (Netherlands – PSV Eindhoven) will begin his home race down in eighth. Buurman was fastest of all 14 drivers in the first part of qualifying but lost his quarter final to Pizzonia after a brake issue early in his lap saw him run out wide.

There were a couple of major surprises in the Group Stages of qualifying as two of the pre-season title favorites missed out on making it through to the knockouts.

In Group A John Martin (Australia), who won more races than any other driver last season, didn’t make the cut off by just a couple of tenths of a second, while last year’s runner-up Craig Dolby (England) failed to progress from Group B when a miscommunication with his team, who thought he was definitely through, saw him back off in the dying stages of the session and then others leap above him. Dolby will line up ninth on the grid tomorrow with Martin in tenth.

Newcomer Filip Salaquarda (Czech Republic – Sparta Prague) and Duncan Tappy (Japan) also went out in Group A while Ho-Pin Tung (China) and Maria de Villota (Spain – Atletico Madrid) failed to make the cut from Group B, de Villota failing to set a time after spinning into the wall on her first flying lap.

Tristan Gommendy (France – Girondins de Bordeaux): “The team did a really good job today, they were the team champions last year so what can I say. It’s quite a special situation for me because the decision (to confirm the drive) was really late so we did the seat during the night and everybody did their best, and I did my job. I think that I did well this time. I’m really happy for the team and I’d like to say a big thanks to Wim to put me in the car. I hope that this is the best answer that I can give.

We have really low grip if we compare last year, it’s really tough to not make a mistake. All through qualification I preferred not to make a mistake, not to push too much and it was an acceptable lap each time. We can be faster but it was a good lap and we are on pole. When you start on pole you have to win."

Earl Bamber (New Zealand): "Today was fantastic, we were a little bit slower in practice but we had a really good first run, the team made a few good changes overnight. The furthest I’ve ever got before was the quarter finals so it’s a different experience getting through. It was great to be against Tristan the final. I hope for the best tomorrow.

We have a good race set up, well I hope so anyway also it could be raining tomorrow I heard so that could throw a few things into the mix as well. But its just fantastic to be back in the car and I have to thanks everyone that made it happen. It’s special to be driving for New Zealand again, especially driving in Superleague".

Robert Doornbos (Netherlands): “The semi finals were really close, but we lost some grip on the car. I can live with third though and I’d like to thank everyone at Superleague Formula for giving me the chance to race again. I am looking forward to tomorrow, to see the fans and to get some good results. I was in Assen last night for the demo and handing out some tickets and I think a lot of fans will be here so it should be great. It’s obviously great to start the season with a home race, but it does put some extra pressure on your shoulders, but I think we have a good car."

Antonio Pizzonia (Brazil): “It’s my first time here in Assen and I haven’t driven a single-seater for around a year and a half so I’m extremely happy to be back in Superleague Formula and P4 on the grid. It’s a great achievement for me and the team. I didn’t expect it after yesterday, as we didn’t get much running, so I’m delighted and we’ll see what happens tomorrow. Hopefully it will be a good show for everyone!"