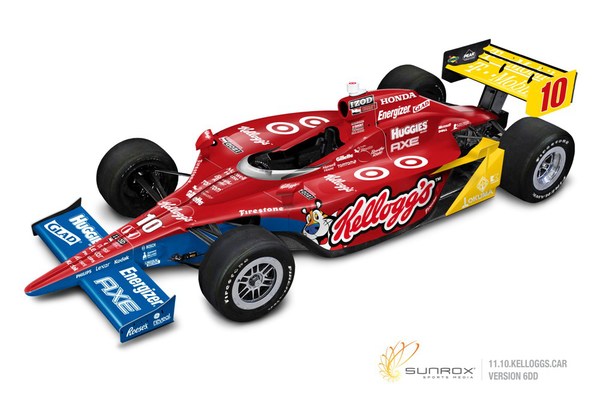 Target Chip Ganassi Racing (TCGR) announced today that it has partnered with Kellogg Company – the world’s leading producer of cereal and a leading producer of convenience foods – to become a primary sponsor on the No. 10 Indy car driven by three-time and reigning IZOD IndyCar Series Champion and two-time and reigning Indianapolis 500 Winner Dario Franchitti in the IZOD IndyCar Series.

Franchitti will pilot the No. 10 Kellogg’s Honda Dallara for TCGR in Round 4 in Brazil for the Itaipava Sao Paulo Indy 300 presented by Nestle (May 1 on VERSUS), and Round 14 on the Streets of Baltimore for the Baltimore Grand Prix (September 4 on VERSUS).