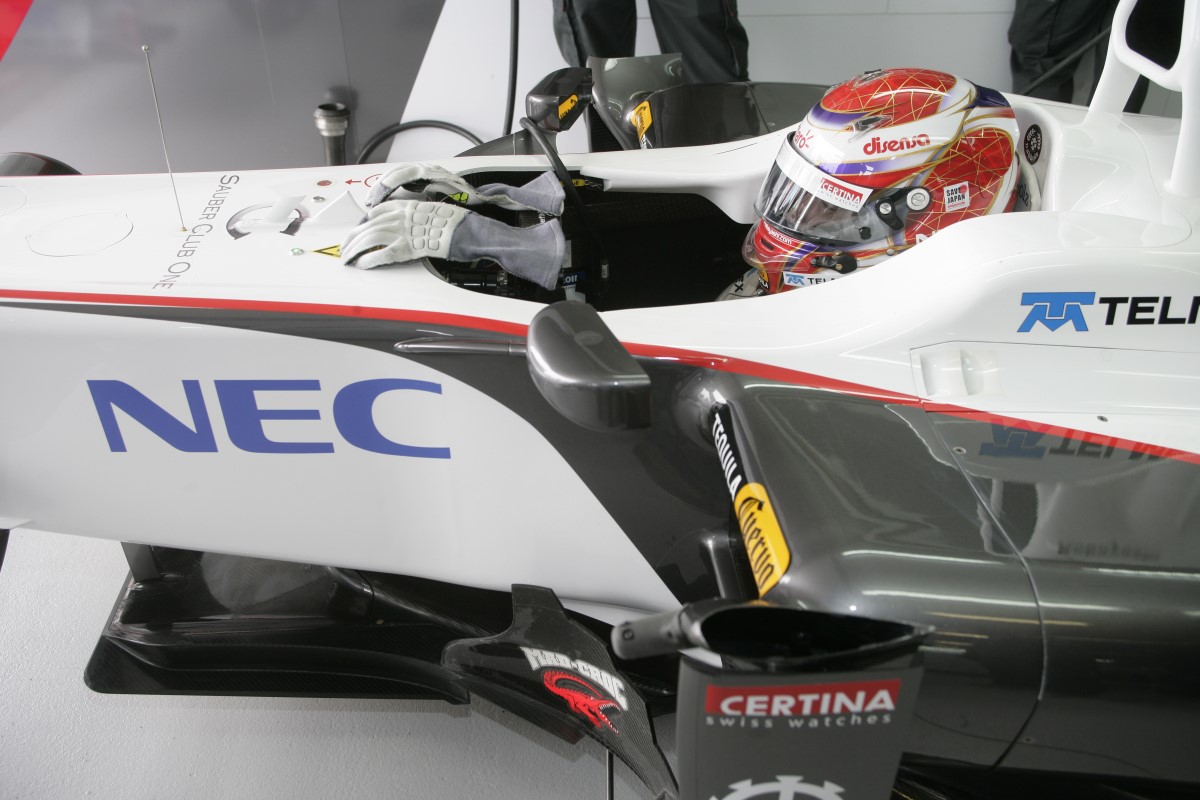 UPDATE #3 After examining all the facts, the Sauber F1 Team has decided not to appeal against the verdict of the stewards following the Australian Grand Prix last Sunday. The two drivers Sergio Perez and Kamui Kobayashi had crossed the finish line in Melbourne in seventh and eighth places respectively, but were subsequently excluded from the results. The post-race scrutineering check by the race stewards revealed that a radius on the upper rear wing element on Perez’ and Kobayashi’s cars contravened the regulations by a few millimeters.

“It did not bring us any performance advantage, but the fact is that it was a deviation from the regulations. We take note of the stewards’ decision," said James Key, the team’s Technical Director.

In the meantime, the Sauber F1 Team has carried out a comprehensive internal investigation. “We have since found that there was an error in the checking process for the relevant dimension on this component. We have already put measures in place to ensure that nothing of this kind occurs again in the future," added Key.

The decision came as a particular blow to the two drivers Sergio Perez and Kamui Kobayashi. Team Principal Peter Sauber commented: “Both Sergio and Kamui put in a tremendous performance on Sunday. They gained no advantage from the inaccurate rear wing. They both fought hard to secure their finishing places and had really earned their points. Notwithstanding the disappointment, we have shown that we have a fast car and two highly talented drivers. It makes me optimistic for this season."

03/28/11 The rear wing element that saw Sauber disqualified from the Australian grand prix has been put down to a manufacturing process error a source within the team told gocar.gr. Sauber has three versions of the upper element of the rear wing of which two were taken to Melbourne. The version that was used had not been checked properly at Hinwil. This makes an appeal unlikely.

The wing element was found to be too curved to fit a 100mm ball template introduced for this season. The ball must stay in contact with the element at all times as it is rolled along it, in Sauber’s case it did not. The other wing version was also tested and did comply with the regulations.

03/27/11 Sauber confirmed on Sunday evening that it had lodged a statement of intent to appeal its exclusion from the race.

"This is a very surprising and disappointing result," said technical director James Key.

"It appears that there is a question over the top surface of the uppermost rear wing element, this area is not the working surface of the component and therefore relatively unimportant to its function.

"Certainly this has not lead to any performance advantage. We are checking the design of the parts now to better understand the situation and we intend to appeal the decision made by the stewards."

03/27/11 Both Sauber cars were disqualified from the Australian grand prix.

With an unique and surprising one-stop strategy, Mexican rookie Sergio Perez finished an impressive seventh on debut, one place ahead of teammate Kamui Kobayashi.

But the stewards excluded the two Ferrari-powered C30 cars from the results after ruling that the rear wings were illegal.

The scrutineers discovered that the wings breached two articles of the technical regulations, where essentially the angle created too great a gap when the adjustable element was deployed.

"This is a very surprising and disappointing result. Certainly this (breach) has not lead to any performance advantage," insisted technical director James Key.

Swiss based Sauber said it will appeal the decision.

"Furthermore, no part of this section in contact with the external air stream may have a local concave radius of curvature smaller than 100mm.

"Once this section is defined, 'gurney' type trim tabs may be fitted to the trailing edge. When measured in any longitudinal cross section no dimension of any such trim tab may exceed 20mm."

The exclusion of the Sauber drivers means Ferrari's Felipe Massa is elevated to seventh, ahead of Toro Rosso's Sebastien Buemi, and Force India duo Adrian Sutil and Paul di Resta.