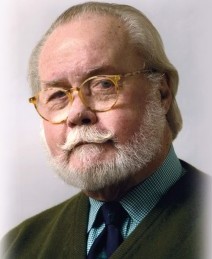 UPDATE You can read a touching tribute about David E. Davis Jr. on AutoWeek

David E. Davis, journalist ,author, magazine founder, advertising executive, raconteur and friend passed away Sunday, March 27th at age 80 after a complicated operation which he faced with courage and confidence.

With his passing the world of automotive journalism has lost one of its great legendary characters. During his long productive life in the fast lane of cars and motorsports he made his mark in many fields, for me he will forever be the man who took over Car and Driver magazine in the early 60s and made it into a world-class irreverent journal of note. He launched the tongue in cheek "Gurney for President" campaign in 1964 which was an enormous success with American motorsports fans and is but one example of David's many fabulous PR ideas born out of enthusiasm and love for our sport at a time when the sport and we were young. He was a giant in his field and we will miss him. Dan Gurney