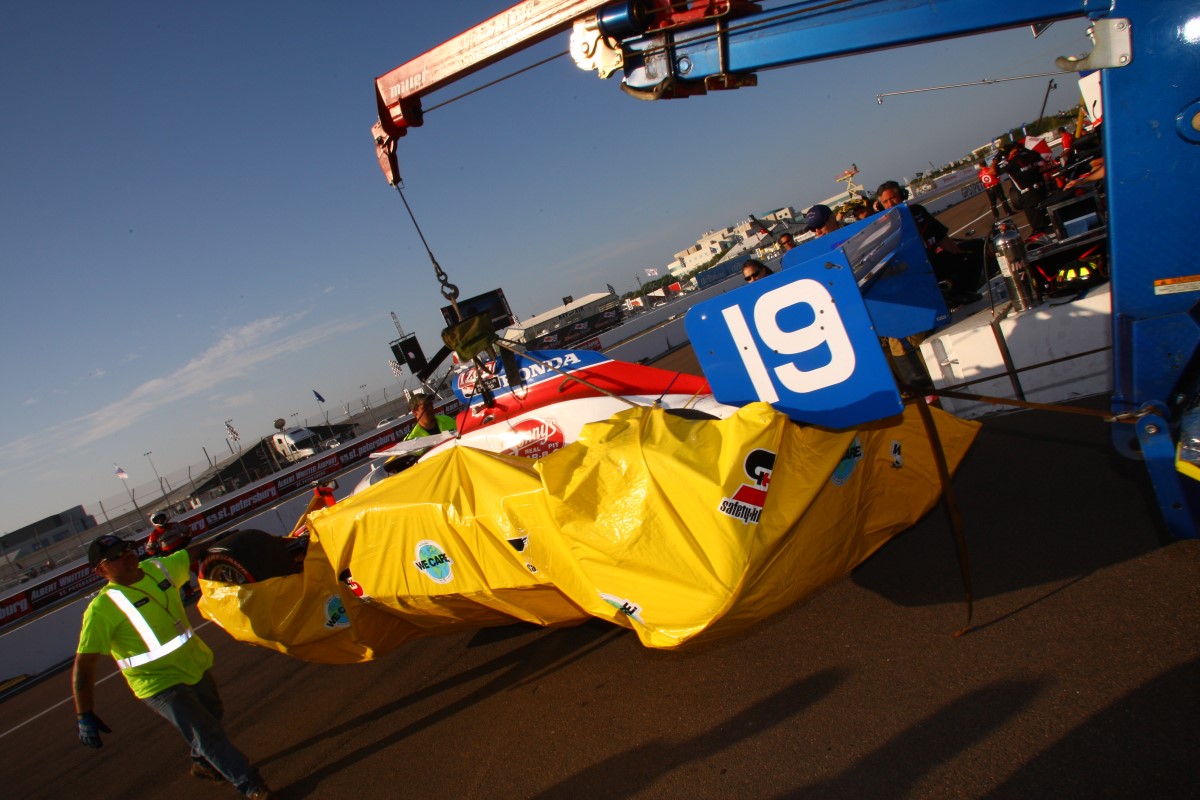 The 23-year-old Briton ran wide on the exit of the fast Turn 3 section, tearing most of the left side off of his Dallara-Honda.

Bourdais, after reportedly suffering an exploding brake disc, crashed in the Turn 11/12 complex and the car also caught fire, causing even more damage.

While nothing official has been filed with the series, we hear Bourdais' entry will probably be pulled from the race.

Andretti Autosport's Ryan Hunter-Reay followed with a 1:03.366, and his new Andretti stablemate Mike Conway completed the top 5 with a lap of 1:03.418.