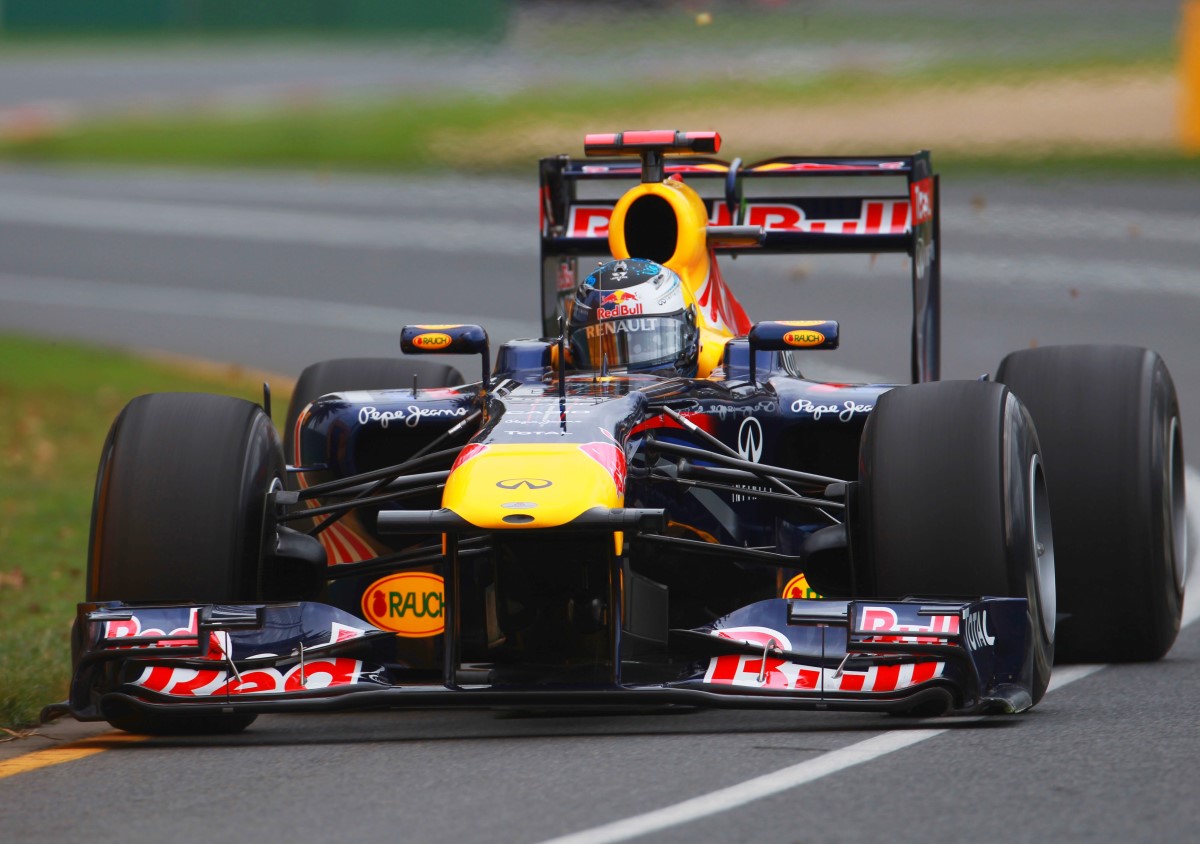 World champion Sebastian Vettel believes he has come to grips with one of Formula One's stickiest problems – rubber. Tires have become the talking point of the sport ahead of the season-opening Australian Grand Prix. The new Pirellis were criticized by some drivers during testing in Spain as being quick-wearing and difficult to manage.

They forecast cars would be dipping in and out of the pits more than ever and strategy in the stops might become more important than the ability to drive. Combined with new controls to move rear wings and give the cars an energy boost when needed, many felt they were being over-worked. But, at least as far as the tires are concerned, Vettel says the news is not all gloomy.

"They are different and it was good finally to come here and race on a different track because all winter we have been in Barcelona and we know it inside out and we know what the tires do," Vettel said.

"Today in a way we were probably surprised because the tire behavior is different. No doubt the tires are different to last year, you can't compare them, but I think we expected worse in terms of how long the tires last. "This morning and this afternoon was quite useful and helped us to understand them and what to do in the race on Sunday," he said. "So, so far I think it is positive."

03/25/11 Michael Schumacher says the Pirelli tires "worked out pretty well" despite initial fears about their high wear. Friday's first practice at the Albert Park circuit, the warmer of the two sessions, saw Sebastian Vettel return to the pits with a huge chunk missing out of his front left tire while one of Felipe Massa's tires was shredded when the Ferrari driver flatspotted.

However, the second session, which was cold and damp, did not yield the same woes while the degradation was less than many predicted it would be.

Schumacher finished sixth quickest in the second session, just under eight-tenths behind the leading McLaren of Jenson Button.

"My first impressions of the 2011 season are quite positive," said the seven-times World Champion.

"We learned a lot today, and are more or less where we thought we would be, although it was quite windy and tricky to drive.

"We will sort out some issues on our car for the rest of the weekend but I am still happy with what we have seen here so far.

"In particular, the tires that have been criticized pretty heavily in advance worked out pretty well today. It's been very pleasant today to drive the Pirellis."