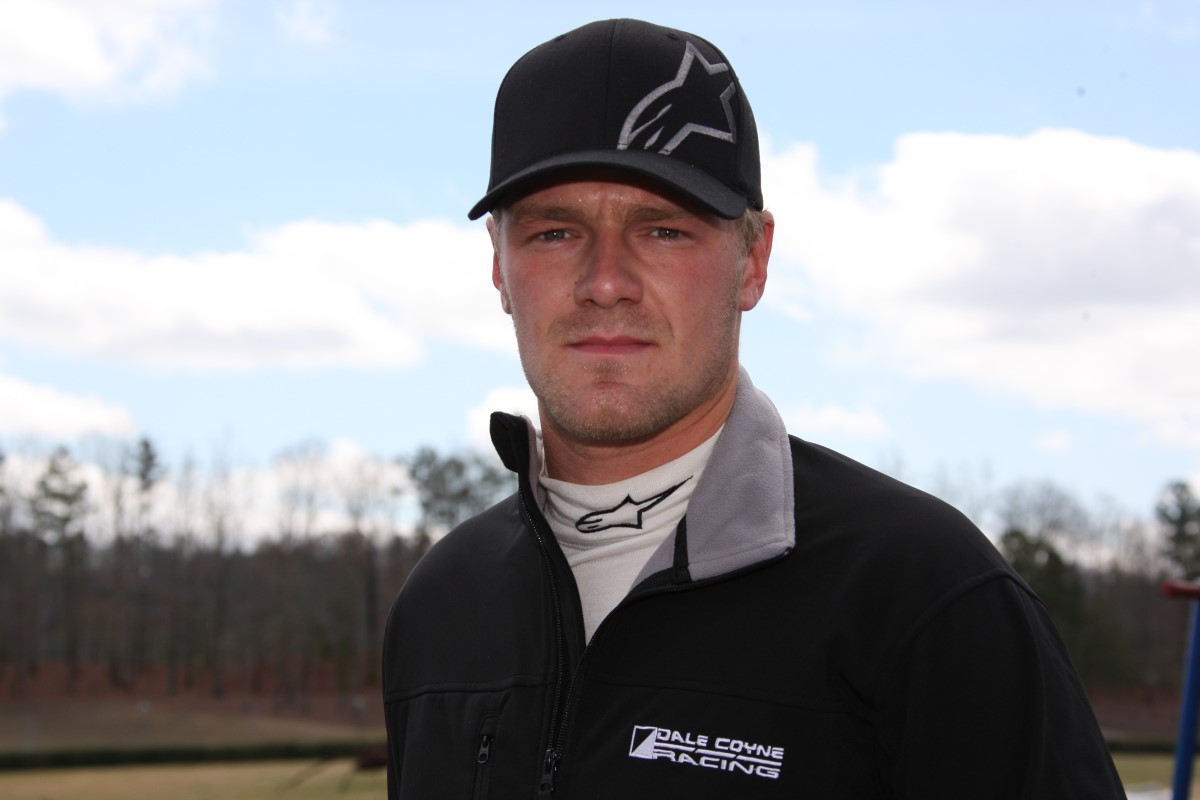 Dale Coyne Racing is proud to announce that up and coming Englishman James Jakes will be piloting the #18 Acorn Stairlifts IndyCar for the entire 2011 IZOD IndyCar Series season.

“We are very pleased that after a successful first outing for James in the 700 horsepower Dallara, that James will be joining us for the entire season in 2011," reported Dale Coyne. “With the program coming together late, his first test at a track he had never seen, in a car he had never driven with the entire field at his heels, showed his talents well."

James ran his first ever miles in an IndyCar at the two day IRL open test at Barber Motorsports Park on March 14th and 15th. James was the only driver of the 24 at Barber never to have turned a lap on the demanding track and still managed to finish 19th in the final practice session.

“I approached the test cautiously and just wanted to learn as there were so many new things to absorb," reported Jakes. “I am very pleased with the test and all that the IZOD IndyCar Series has to offer. I am excited for this opportunity with Dale Coyne and we look forward to a formative year in 2011."

James Jakes hails from Leeds, West Yorkshire in England. The 23 year old Brit started his racing career in 2002 in T-Cars finishing second in the championship the following year. In 2004 and 2005 James ran Formula Renault and would be nominated for the prestigious McLaren Autosport BRDC Award and winning BRDC Rising Star status.

Formula 3 would be his next stop in 2006 and 2007. James would win races at Magny-Cours and Pao and placed 6th at the highly competitive Macau Grand Prix.

GP2 and GP3 would be the next step up the ladder in 2008-2010. Jakes would score several top 5 finishes in GP2. Most notably he was the fastest of the winter testers in December 2010 at the GP2 test at Abu Dhabi.

Acorn Stairlifts, the world’s leading manufacturer of staircase chair lifts, has been a long time supporter of James’s efforts and will be the primary sponsor for 2011. The burgundy and white #18, will debut this coming weekend at the St. Petersburg Grand Prix. The race will be televised by ABC at 12:30 EST this coming Sunday, March 27th.