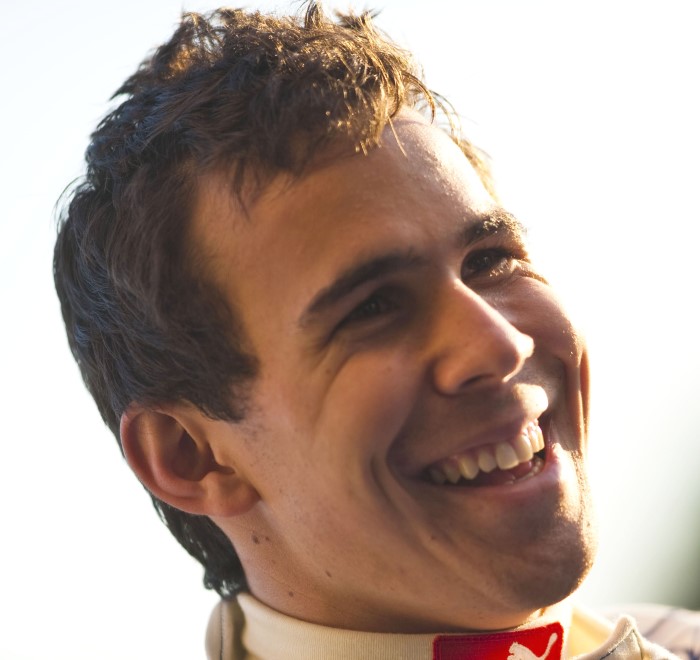 Carlin’s Robert Wickens set the pace around the Paul Ricard circuit today, during the first day of Formula Renault 3.5 testing at the French circuit. Jean-Eric Vergne was also a consistent front runner and was second quickest this morning mate and third quickest this afternoon.

Following the torrential rain that plagued the FR3.5 tests at Barcelona last week, it was somewhat of a relief for the Carlin drivers this morning when they were faced with dry conditions at the Paul Ricard HTTT in the south of France. Despite grey and overcast conditions, the track remained dry throughout for another day of collective testing.

Both Wickens and Vergne waited until the end of this morning’s session to show their potential, with Wickens topping the time sheets with a time of 1’51"095 while Vergne – who was quickest last week in Barcelona – was second quickest.

After a short lunch break the drivers were back out on track once again taking advantage of the dry conditions. The team also took the opportunity to practice pit stops, with both Vergne and Wickens completing several pit stop entry and exists.

Speaking about the test, the Marussian backed driver said, “Today’s test was really good for us. We were really strong this morning, and it was a bit of a surprise to be half a second quicker as we weren’t really going for a quick lap time as we were concentrating hard on our test program. I didn’t feel like I got the most out of the tires this afternoon but it was still good enough to go quickest. The car just felt really good today, but I think there’s still room for more improvements tomorrow."

Red Bull Junior Vergne added, “We’ve had a really good test today. From a team perspective it’s been really strong, both Robert and I have been constantly at the front and pushing each other. We still have some work to do but I’m looking forward to tomorrow when I think we can make up even more time."

Racing Director Trevor Carlin was pleased with the team’s performance, adding, “Another good day for the team and drivers, this time at Paul Ricard. The engineers got through a full program this morning and one new tire run per car which yielded very positive results. We spent the afternoon working on pit strategy before going for a quick lap time at the very end of the day, just to confirm our findings from the morning session."