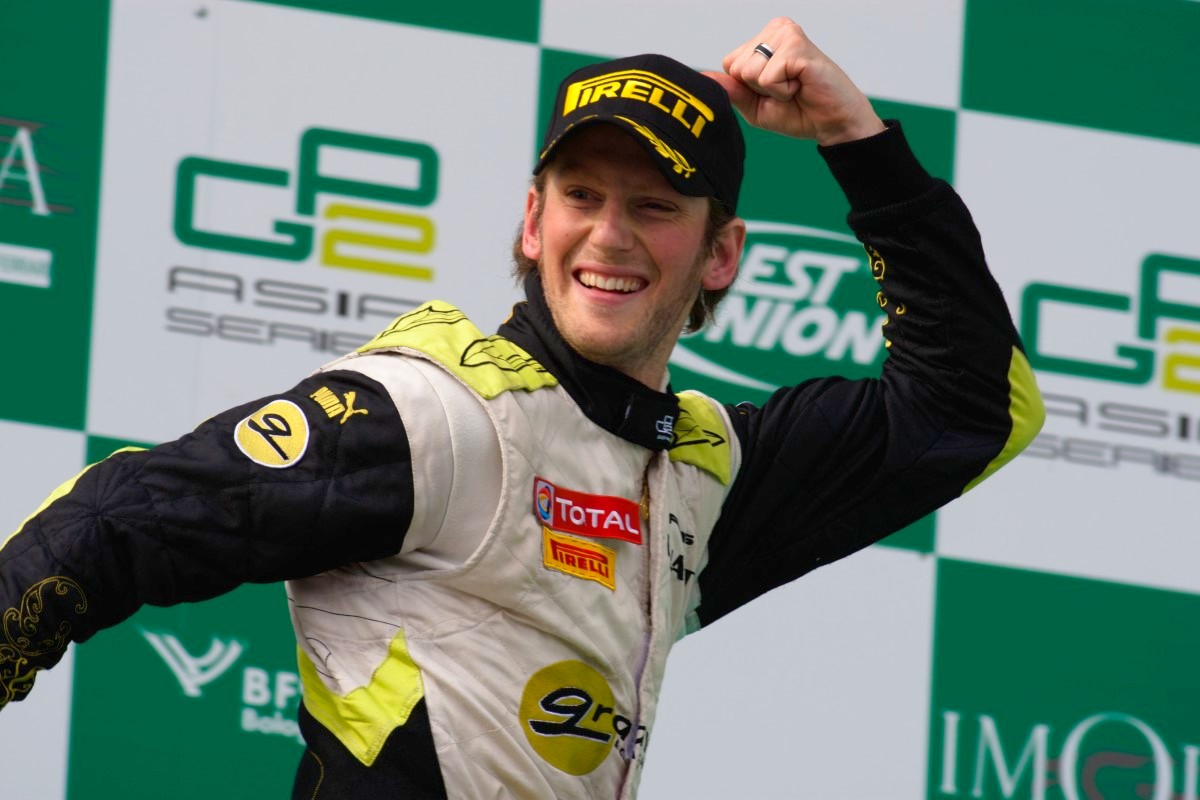 At the start, Grosjean held on to his lead, keeping van der Garde at bay. The Barwa Addax racer who had a great start from fifth on the grid charged to P2 passing Jules Bianchi, Michael Herck and Sam Bird along the way. The Brit’s poor getaway saw him fall from second to eighth position. His race then went from bad to worse: as he was fighting his way back, he got into a heated battle between his teammate Marcus Ericsson, Bianchi and both Arden cars. In the midst of the fight, Ericsson edged onto the grass and collided with Bird on his way back onto the track, sending the Brit to an early retirement.

In front, Grosjean started to pull away from van der Garde and Herck – both men unable to match the Frenchman’s pace. Behind the leaders, Bianchi recovered from a poor start that saw him drop to fifth in-between Josef Kral and Jolyon Palmer. Kral eventually gave way and came back to the pits with a puncture while Palmer damaged his front wing when he clipped Bianchi in the early laps. With a better pit stop strategy, Bianchi passed Herck for P3, and although on the pace, he could not close the gap enough with van der Garde and had to settle for the bottom step of the podium today.

Further down the field, Stefano Coletti at Trident made another impressive comeback from sixteenth on the grid. In sixth place, the Monegasque driver benefitted from Davide Valsecchi’s small mistake: the Team AirAsia driver went a bit too wide, allowing Coletti to take advantage and snatch fifth. Valsecchi finished sixth ahead of Rapax’s Fabio Leimer and Dani Clos. The Racing Engineering Spaniard who drove a solid race from twenty on the grid will start from tomorrow’s provisional pole.

Romain Grosjean whose so far perfect weekend has netted him twelve more points is now leading the Series, five points ahead of Bianchi. Should he finish ahead of his countryman tomorrow, the Dams ace could be crowned GP2 Asia Series Champion…for the second time!