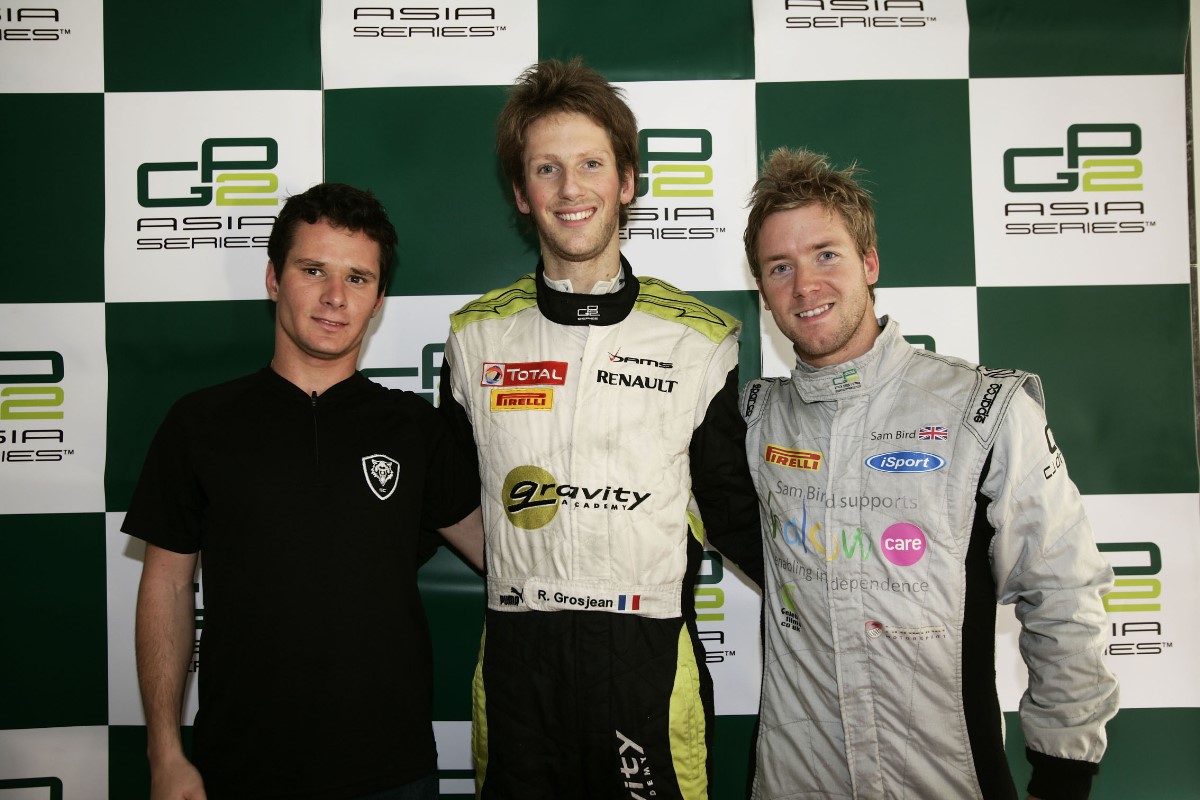 Romain Grosjean grabbed last-gasp pole position in the final round of the 2011 GP2 Asia Series today at Autodromo Enzo e Dino Ferrari in Imola. With a best lap time of 1:27.067, the Dams driver set the track record on the new configuration.

The Frenchman stole iSport’s Sam Bird’s thunder in the dying seconds of the qualifying session after the Brit looked set for pole position on the ten minute mark. This morning’s pacesetter had slowly moved his way up the timing sheet, and with a best lap time of 1:27.384 set and just minute to spare, he hoped the job was done. But on his final lap, Grosjean put in his best effort and shattered Bird’s dreams of glory, and repeated his Abu Dhabi performance.

The session had opened slowly with Luiz Razia as the early pacesetter. Nine minutes into qualifying, a small part of a car was found in the middle of the track and the session was briefly red flagged. At the restart, Grosjean was the first man to break the 1:28 barrier, but his lap time was soon bettered by Michael Herck at Scuderia Coloni. The Romanian held provisional pole position until Bird and Grosjean’s battle heated up. Herck eventually ended in P3 ahead of Series leader Jules Bianchi.

But with this second pole position, Grosjean pockets another two points increasing his total to twelve points – the exact same number as Bianchi. Tomorrow’s feature race will be crucial for the title.