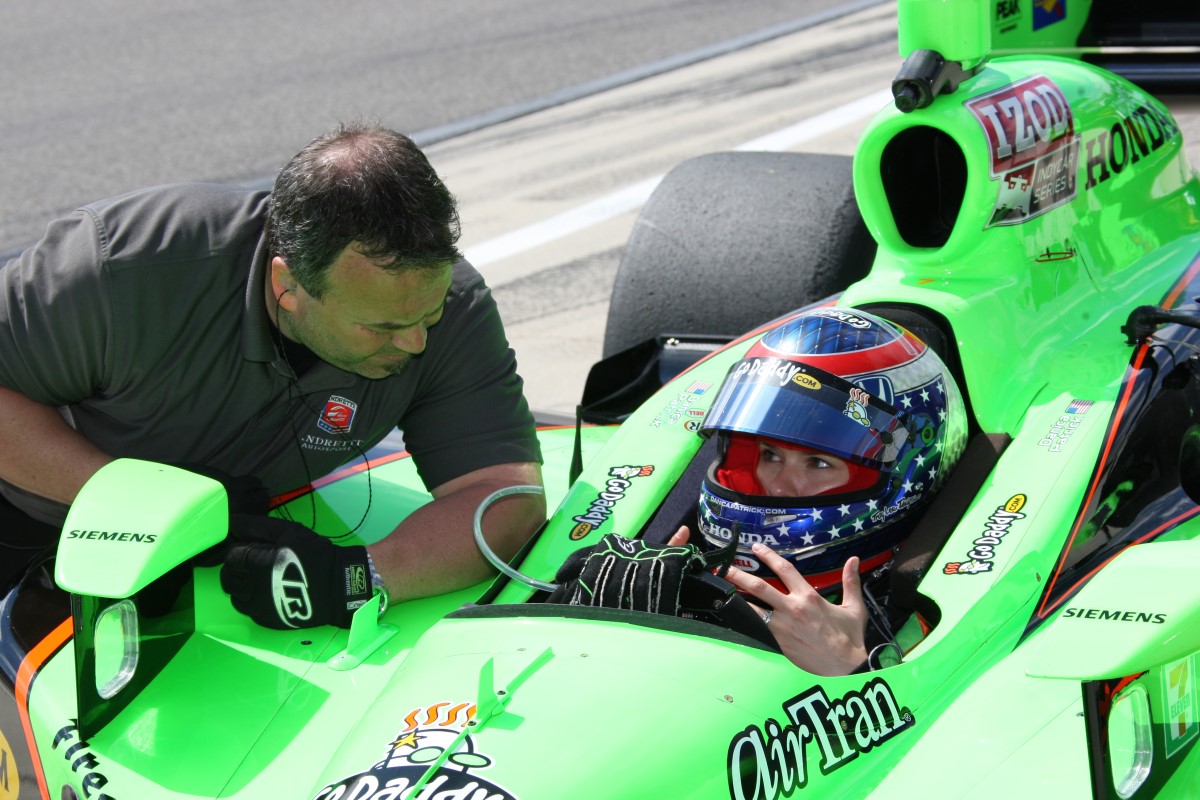 The now two-sport celebrity has one season remaining on a two-year deal with Andretti Autosport and a mutual option for a third. She's in the final season of a two-year contract to race in the NASCAR Nationwide series for JR Motorsports. Team owner Michael Andretti has said about Patrick's next move, but says he has no deadline for re-signing her. While insisting that she's made no decision and is "just about trying to have the best chance to win and be happy," her business team is at least entertaining multiple options, which figures to include IndyCar possibilities with Andretti and other teams, as well as Nationwide and Sprint Cup.

"We're not bound to do anything. (My representatives) can talk to whoever they want," said Patrick, who finished second in IndyCar races twice despite leading just one lap in 2010. "There's no rules on what we can and cannot do."

Patrick, who set a NASCAR gender best with a fourth-place finish in her most recent Nationwide race at Las Vegas, admits it is "yet to be discovered" if she should race at least another partial schedule in that series before attempting Sprint Cup. What once seemed like a logical eventual path to Sprint Cup, if she had the interest and aptitude, is not so systematic anymore, with Kasey Kahne slated to replace Mark Martin (with whom she shares the GoDaddy sponsorship) in the No. 5 Chevrolet in 2012 and his Hendrick Motorsports teammates all seemingly secure … unless, of course, Dale Earnhardt Jr. was prophesying when he spoke somewhat cryptically about racing off into oblivion at JRM if he underperformed for a fourth season at Hendrick.

Patrick's ability to attract and provide value for sponsors makes her as much a key component of a business plan as a driver. So this is complicated. Andretti senior vice president of racing operations Tom Anderson is in the least-involved and therefore most liberated position to analyze the situation: "Right now, fortunately, I don't have to worry about that. I know Michael and John Lopes, our commercial director, and a cast of attorneys are all working on that situation right now. … Absolutely, the goal is to keep her here, keep her happy. She needs to win. She got really close a couple times last year. She's ready. We need to create good situations for her and show her this is where she needs to be." SI.com