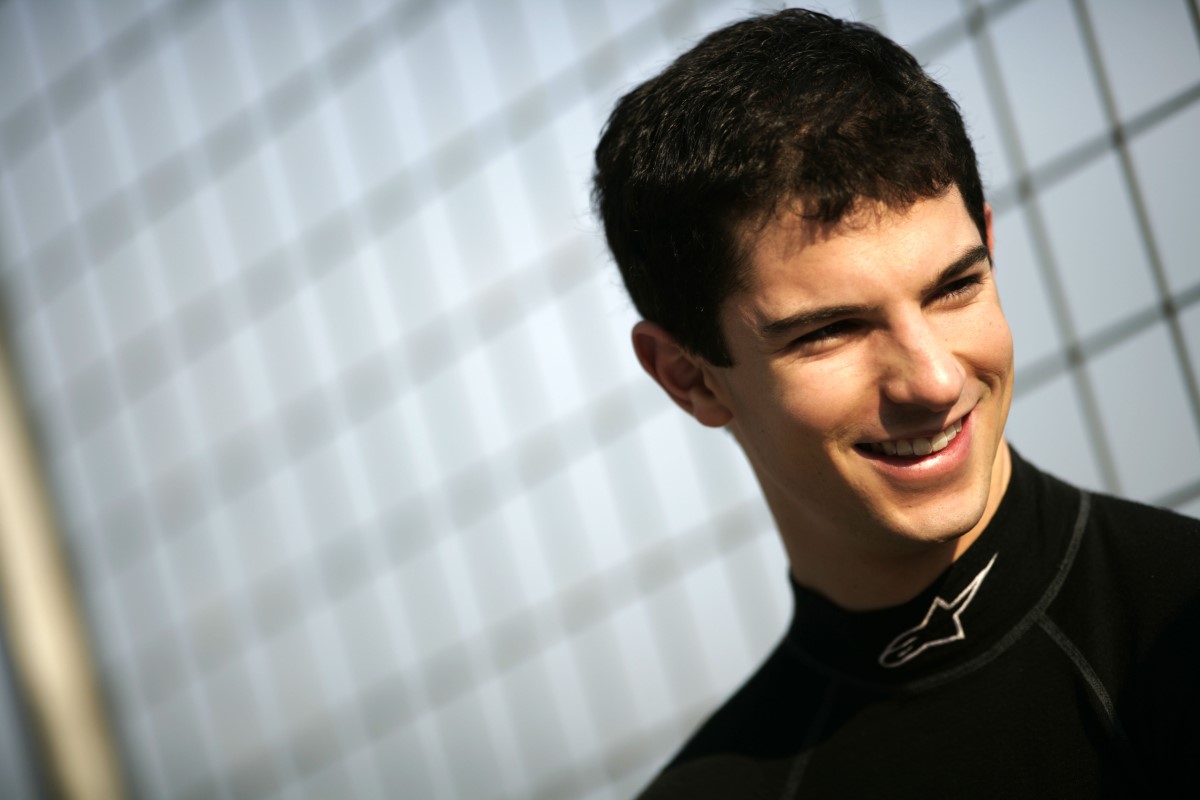 Following a productive test at Aragon Motorland, Spain last week, Alexander Rossi was once again behind the wheel this week for the 2nd collected FR3.5 test with Fortec Motorsport at the Circuit de Catalunya, Barcelona, but only for a few frustrating sessions. Torrid rain and changing conditions over both test days meant that the Fortec Motorsport team was not able to make use of the excellent testing track at Barcelona and made little progress into the planned testing program on either day of the test.

Day one provided wet conditions for the whole day, with the quickest lap times coming just after the mid-day break. Fortec and Alexander were caught out by unpredicted down pours and numerous Red Flag situations that punctuated track time. Unfortunately, for numerous reasons, they were unable to log much running in an afternoon marred by hazardous rain conditions. Alexander put in 14 laps and finished the day 3rd overall with a wet time of 1:55.80 seconds, just 0.48 off the quickest time.

Day two brought the same problems in the test with even more changing weather conditions and shortened running sessions. Fortec found themselves in a bit of a lottery and guessing when the next cloud burst may appear. Despite efforts by the team to get Alexander out on track on a new dry tires while the track was intermittently clear and dry, Alexander was never able to do so before torrid rain returned and eventually ended the test early with Alexander 15th overall on the second day with a lap of 1:36.21 seconds.

Jamie Dye, Team Manager, Fortec Motorsport: The weather has not been on our side this week in Barcelona. We missed an important window just before the rain came down incessantly and we had just put new slicks on Alexander’s car. We have obviously completed some wet weather running, but overall it has been a frustrating program for a number of reasons. We were relatively quick when we were out on track and Alexander has done a great job this week. It was the conditions changing rapidly that held us up; otherwise I believe that Alexander would have achieved even better results than last week in Aragon.

Alexander Rossi: We were trying to evaluate a new rain tire compound, but it was difficult to get to grips with the program with weather changing every hour. Some useful information for wet running did come out of the test. I only ran on dry tires with a quite a bit of mileage on them to get a read on the car balance. The car balance was ready for new tires and actually felt really good. It’s a shame the weather did not hold for a couple more hours because Barcelona is a great track to test and we had a good program and no doubt a top three car in the dry. All teams struggled over these past two days, but now we must look ahead and use the data we did collect to help us improve and prepare for races in 2011.