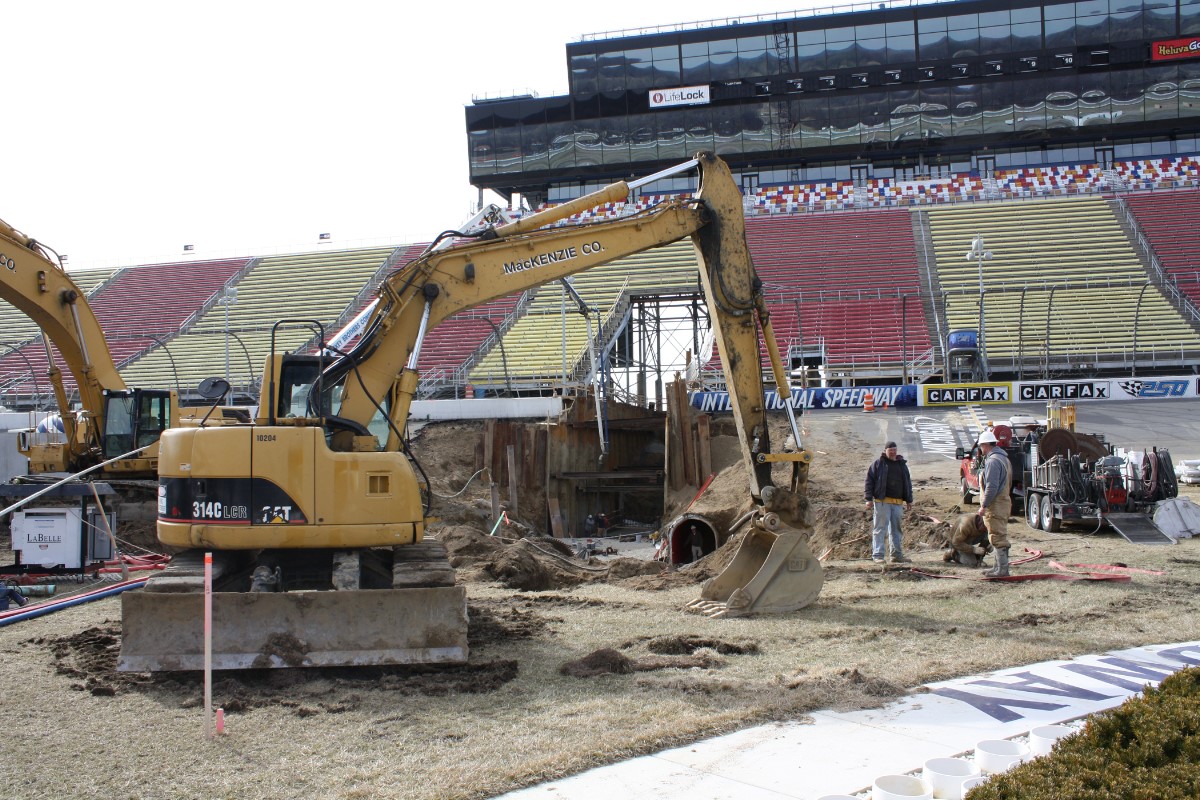 Accessing the infield at Michigan International Speedway with a pre-race pit pass or infield wristband just got easier with the second phase of a construction project to widen the pedestrian tunnel under the racetrack under way.

The tunnel was lengthened in 2009 when MIS built its new Pit Road Suite building, extending the then tunnel to the reserved parking lot behind the $17 million building. The previous tunnel popped up in the middle of the tri-oval (the grass section inside the track), making it impossible for fans to use while race cars were on the track.

To get the tunnel up to code, the extension had to be much wider than the existing tunnel.

Now, crews are widening and reshaping the tunnel so it’s easier for fans to navigate.

“We sell thousands of pre-race pit passes to our fans so we wanted to make sure access to the infield was easier for them," MIS President Roger Curtis said. “We have spent millions of dollars to continue to improve the facility for our fans and this will greatly benefit not only the fans, but NASCAR, team spotters and media who regularly access our scoring tower and press box for the races."

After the suite building and first tunnel project were completed in June of 2010, Curtis and his team made a commitment to have phase two of the tunnel completed prior to the 2011 season, which widens the previous six-foot wide tunnel under the track to 11 feet throughout the entire 450-foot-long stretch from the infield to behind the center grandstands.

Construction crews from Clark Construction of Lansing, Mich. have recently dug up the old tunnel and the start-finish line of the race track. The new concrete sections of the tunnel will be placed the rest of this month.

The project is scheduled for completion by the Great Lakes Wine Fest at the track on May 21.

The new tunnel section, approximately 140-feet long, will bring the grand total of the pedestrian tunnel to more than 450 feet including the stairs. There will be a new entry gate on the grandstand side of the track. The new slope of the tunnel will not be as steep, making it easier for fans to walk.

“We are dedicated to making this facility the best and most easily accessible for our race fans," Curtis said. “Most of our capital improvement projects, such as the tunnel widening, are done with them in mind."