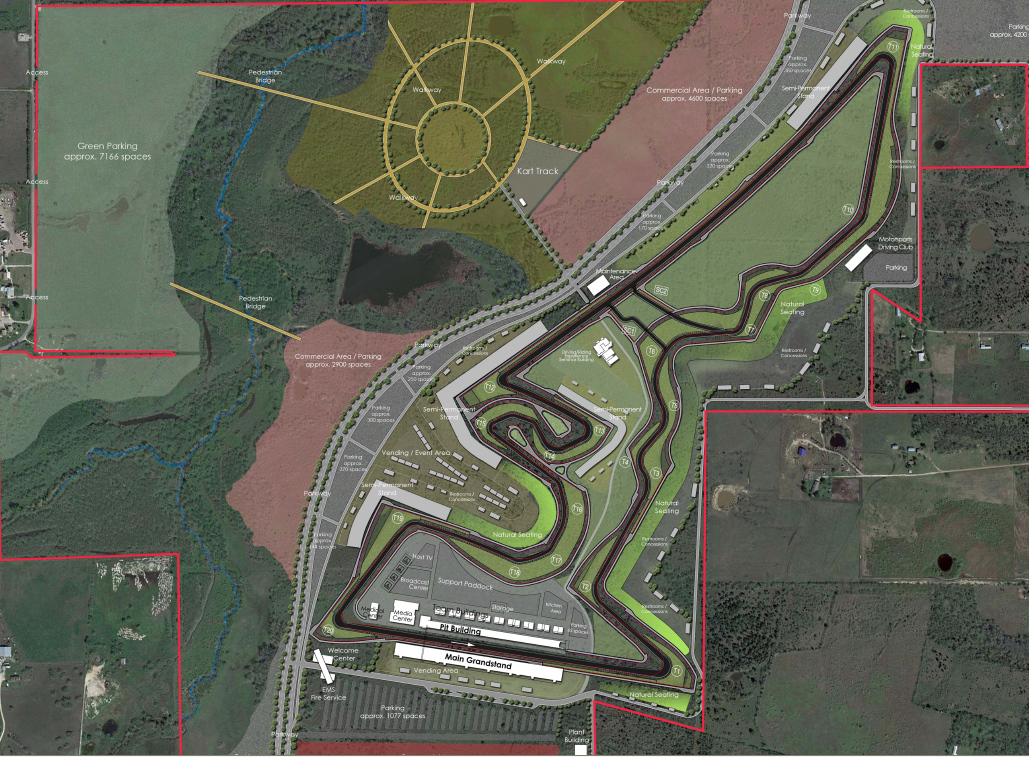 Richard Suttle Jr., an Austin attorney who has been representing the organizers of a planned Formula One circuit being built southeast of Austin, recently took this photo of construction at the site from his personal aircraft.

The shot, taken from the west and looking east, shows where crews have been grading the site along F.M. 812, which is on the right of the photo. North on the photo has been approximated.

The layout for the track has been cleared, Suttle said Tuesday.

Click here to see a conceptual master plan of the site.

Work at the site began in late December but has ramped up in the recent weeks. Organizers say they plan to have the site ready for a Grand Prix by June of 2012, though a date for the Austin race will be announced late this year. The Statesman